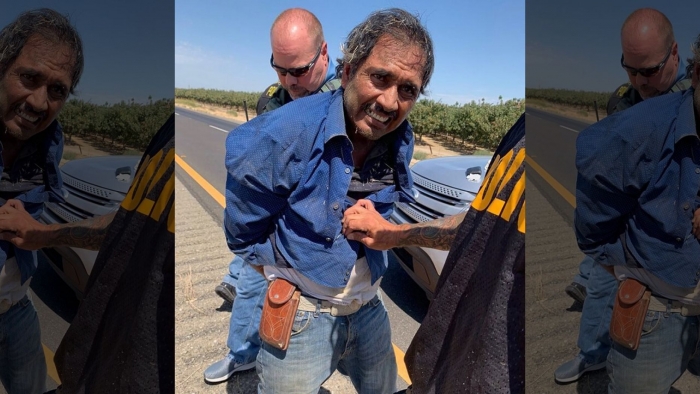 A California sheriff is calling for immigration reform in his state after he says sanctuary city policies freed a violent illegal immigrant who went on to shoot a police officer and lead cops on a wild, high-speed chase.

Guadalupe Lopez-Herrara, 51, was taken into custody Thursday, a day after the Merced County’s Sheriff’s Office says Lopez-Herrara shot a deputy attempting to arrest him for allegedly violating a restraining order, FOX26 reported.

The Trump administration is dramatically increasing fees for dozens of immigration and work applications, including a more than 80 percent increase on...

An ad in a competitive GOP primary in southwest Florida says that a Republican legislator has welcomed immigrants in the state illegally. The ad’s target is...

The Department of Homeland Security said it would increase the fee to apply for U.S. citizenship by 81% to $1,160 and impose a fee for the first time to apply...

Trump admin to increase fees for asylum and naturalization applications

U.S. Citizenship and Immigration Services (USCIS) announced on Friday plans to hike fees for multiple immigration and work visa applications, including a more...

All new DACA applications marked as 'pending' as Trump administration seeks to end the...

The Trump administration announced late Friday that all new applications for the Deferred Action for Childhood Arrivals (DACA) program will be marked as “...

The Trump administration announced Friday that it is increasing immigration fees -- with those seeking citizenship facing a hike of more than 80 percent, while...

The Trump Administration is halting applications to the Deferred Action on Childhood Arrivals (DACA) program as it examines the policy’s viability going...