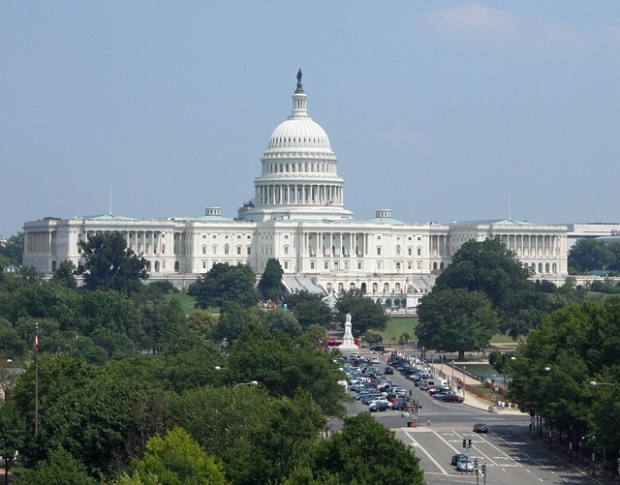 America is a vast and varied nation. We’re composed of 320 million people who represent nearly every ethnicity and civilization in the world. With nearly 4 million square miles, the U.S. is an eclectic collection of diverse regions, each with its own set of traditions and customs.

Yet all of us are asked to fit into one of just two political platforms.

The statistics tell the story:  in 2014 less than 14% of Americans polled believed Congress was doing a good job.  Dissatisfaction with Democratic and Republican leadership, and the general partisan conflict topped the list of the “nation’s most important problems” in a Gallup poll. Neither party cracked a 40% favorability rating.

Yet despite the overwhelming lack of confidence in our lawmakers, over 95% of incumbent politicians were re-elected to office in the 2014 general election.

In other words, the vast majority of voters chose to re-elect congressmen who they believed were doing a bad job.

When you look at it in those terms, that may sound absurd. But when we’re presented with limited choices, we often stop thinking beyond those options. After all, why bother when those are the only alternatives? The problem with this is we’re resigned to choose between “the lesser of two evils” even when we find all the options unsatisfactory.

Even tiny Switzerland has at least six political parties holding a significant number of seats in government. Yet in general, Americans have complied with our constrained system. The Democrats and Republicans maintain a strong duopoly through a system that reinforces our urge for loyalty and discourages outside opposition.

As described in my last post, our political parties artificially limit our options with an overly simplified left or right choice. Voters and politicians whose viewpoints don’t neatly conform to either party find themselves in no-man’s land.

Certainly there are those who are solidly sold on Democratic or Republican platforms. These people don’t question their party’s positions and are leery about alternative opinions. But many of us are left to brood over such things as:

Though adhering to one of two political parties constrains free thinking, Americans have been willing to wear those chains.

There are many examples of how society has trained us to yield to group-think:

Politicians like us to rely on their wisdom as well. We’re discouraged from questioning the two-party system or the platforms of the party with which we identify. The message from the status quo is that anyone who does not toe one of the two established party lines must be an eccentric or “fringe” thinker. While there are certainly fringe thinkers out there, it doesn’t mean they represent the majority of people who don’t fit into either of the established party lines.

As the powerful parties have demonstrated time and again, political hopefuls must stay in step with the general party consensus to gain support within their ranks. Those to stray from specific platforms risk the backing they need to succeed. This results in little opposition and few fresh ideas from our politicians. Viewpoints tend to get homogenized and polarized.

This isn’t a groundbreaking opinion: concern about the negative influence of political parties was first voiced by George Washington in his farewell address. “The spirit of party, unfortunately, is inseparable from our nature, having its root in the strongest passions of the human mind,” he said, warning that loyalty to parties “agitates the Community with ill-founded jealousies and false alarms; kindles the animosity of one part against another.”

As I’ve discussed before, it’s human nature to want to belong to a group that shares your principles and your ideals. But political parties shouldn’t be treated as our team, our family or our religion. In order to get out of our dismal hole of dissatisfaction, we must have a wider spectrum of choice. Every politician must have the freedom to question party policies and branch off on his own path.

Without a system in which independent political thinking is encouraged and rewarded, we’re doomed to let the powerful do the thinking for us.