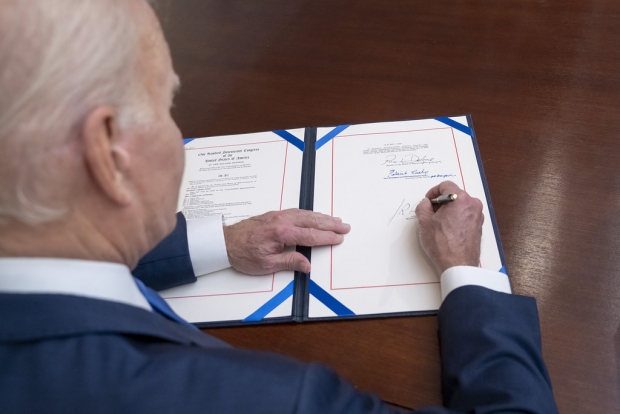 As Joe Biden concludes his post-midterm election victory lap, the president is about to confront the harsh reality of a Congress partially controlled by the opposition party.

While Republicans’ struggles to agree on a House Speaker have attracted a disproportionate amount of the political media’s attention over the last few weeks, the spectacle of the GOP’s circular firing squad should not obscure the steep uphill path that awaits Biden. A dysfunctional conservative majority is still a majority, and the prospects for moving legislation through a Republican House is going to a very stiff task for the White House over the next two years.

Even after an unusually productive first two years in office, Biden faces no shortage of brewing crises. But there are three in particular that are especially difficult, each combining immediate and unavoidable emergencies with long-term problems that will turn into potential catastrophes if left unaddressed.

The most obvious of these concerns is the precarious state of the economy. The delicate balancing act between controlling inflation and causing an economic recession is the responsibility of Federal Reserve Board chairman Jerome Powell. But even if Powell manages to navigate this path without running the country into economic disaster in 2023, a more fundamental economic and inflationary challenge will bedevil Biden and his successors for years to come.

The United States’ laudable efforts to wean the nation from fossil fuels has created a problematic contradiction for policymakers who are also wary of the impact of rising energy prices on American consumers. A heightened commitment to clean energy is a necessary weapon in the fight against climate change, but even large government subsidies cannot mask the increased cost of environmentally conscious energy exploration, production and use. Biden has tiptoed around this contradiction, but saving the planet is expensive, and the short-term cost of more expensive gasoline, home heating oil and electric vehicles will continue to squeeze working-class voters for the foreseeable future.

An even more highly-charged policy debate looms at the U.S.-Mexico border, where the Biden Administration prepares for a dramatic increase in the number of asylum-seekers hoping for refuge in this country. Once again, the immediate crisis will dominate headlines for the next several months, as all three branches of government wrestle with the prospect of real-life human tragedy on both sides of the border. But emergency measures to alleviate the suffering won’t solve the more basic and more daunting challenge of fixing the nation’s broken immigration system.

Just last month, Congress made a last-ditch and half-hearted effort toward a legislative compromise that would have both addressed the humanitarian and security disasters at the border and provided a solution for the hundreds of thousands of Dreamers who came to this country without documentation as young children. If these issues could not be addressed in a one-party Washington over the last two years, the prospect of either failure being resolved in a divided Capitol before the next presidential election is infinitesimal.

The third great challenge that the president and the country face is on the international stage. Biden depends much less on Congress on matters of foreign policy, and so he has a much freer hand to shape U.S. and world strategy on Russia, China and other global hot spots. But yet another here-and-now emergency – Vladimir Putin’s war on Ukraine – has long-term ramifications for how America and its allies deal with China’s equally aggressive (though less conspicuous) global aspirations and tendencies.

It’s difficult to think of the bloody and destructive Ukraine war as a prelude to anything, but as the violence in Eastern Europe has escalated, Biden and his team have kept one eye on the Pacific Rim, where China is closely monitoring the Western reaction to Russia’s belligerence. It’s chilling to think of Ukraine as a dress rehearsal for an even bigger conflict with an even more powerful foe, but China has made little secret of its expansionist goals, and it’s easy to see how that country’s leaders may calibrate its strategy and timeline for Taiwan – and beyond – based on Western unity and resolve against Putin.

None of these three challenges are unsolvable. But in all three cases, meeting the immediate crisis is only the first step toward solving a much more sprawling and seminal problem. Biden will not fix any of these difficult issues between now and next November. But the progress he makes on them may determine whether he will get four more years to continue his efforts.