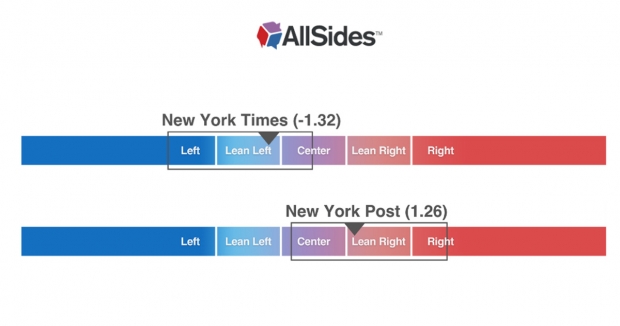 However, we found that respondents’ perception of both outlets’ biases were very different based on where the respondent lives.

The overall, normalized average rating for The New York Times was Lean Left: -1.32 on a scale from -9 to +9, with 0 representing Center.

However, we saw interesting differences in the perception of the media outlet’s bias based on where the respondent lives.

This underscores that bias is in the eye of the beholder. There are more liberals/Democrats in New York City, and their perception of New York Times’ bias is that it is Center, because its bias more closely matches their own beliefs.

We also asked respondents to rate the bias of news reports from The New York Post. The overall, normalized average for the New York Post was Lean Right: 1.26 on a scale from -9 to +9, with 0 representing Center. 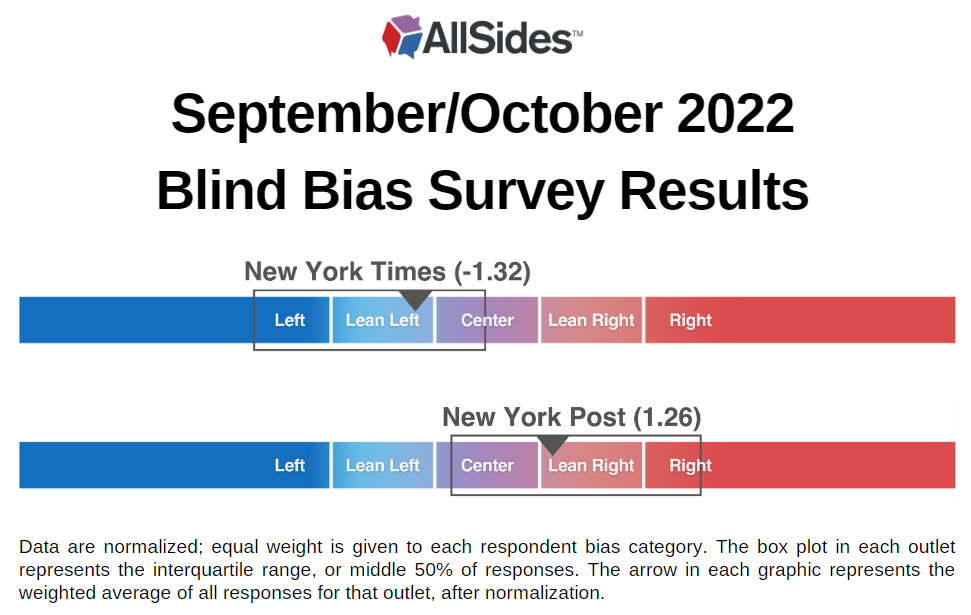 Bias is in the Eye of the Beholder

Here is a breakdown of survey results by audience.

Again, it’s very important to note that the above are raw responses, so they are not normalized. In other words, metro-area responses are heavily skewed left, because there are more Democrats/liberals in the New York City metro area.

It is also worth noting that the NYC metro-area results and national results are representative samples of their respective populations, and are balanced to reflect that.

During an AllSides Blind Bias Survey, we ask respondents to read news headlines and reports from media outlets with all identifying or branding information removed. Respondents then provide an overall bias rating for the outlet using an 11-point Likert scale, with the point furthest to the left labeled “Left,” the point furthest right labeled “Right,” and the point in the center labeled “Center.”

While the normalized average responses confirmed our media bias ratings of The New York Post and The New York Times as Lean Right and Lean Left, respectively, we found it interesting to note just how different perception can be based on the bubble where a respondent lives. With so many liberals in New York City, it makes sense that this group sees The New York Times as Center, while the rest of the country puts it to the left.

Support Media Bias Research! If making media bias transparent is important to you, please support our work by making a donation. We can’t continue to do this work without the support of our readers. Click here to donate or become an AllSides Sustaining Member.