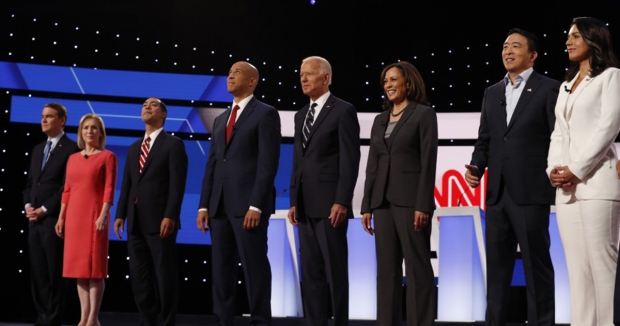 The second round of the Democratic debates, held Tuesday and Wednesday nights in Detroit, revealed media bias on the part of CNN and its moderators. AllSides tracked how many direct questions and follow-up questions were asked of each candidate and found a clear bias.

The two non-politicians among the candidates, entrepreneur Andrew Yang and author Marianne Williamson, fielded 6.3% and 4.7% of questions, respectively.

The number of questions candidates are asked by moderators during debates tracks closely with polling numbers. However, the bias raises questions about media practices, media bias, and objectivity in election coverage. Should all candidates be asked equal numbers of questions, or is it fair that the media would favor the more popular candidates during debates?

Check out the data below: 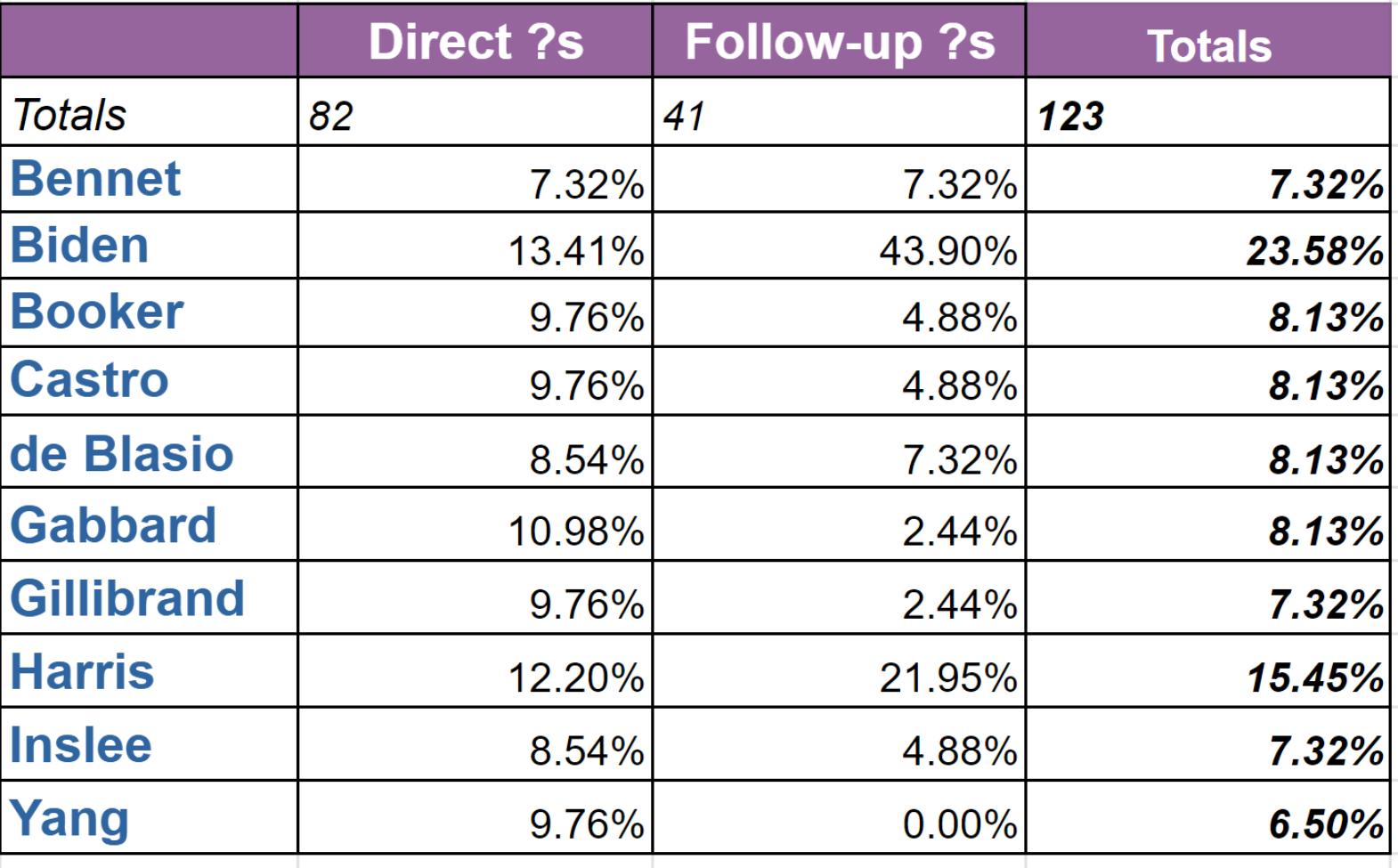 Be sure to follow AllSides on Twitter as we continue to track 2020 election coverage and media bias.