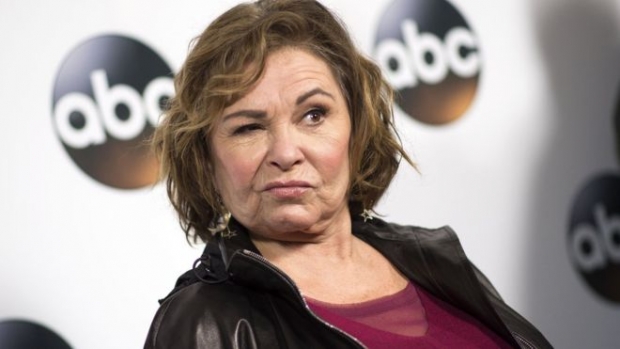 ABC canceled the sitcom 'Roseanne' after its star, Roseanne Barr, sent a racially charged tweet directed at former Obama aide Valerie Jarrett. Ms. Barr wrote that if the “Muslim brotherhood & planet of the apes had a baby = vj." Ms. Jarrett was born in Iran and is Black.
After ABC took swift action, writers on both sides of the aisle have expressed general agreement that the network did not violate free speech rights, arguing that the private company has the right to operate within a certain set of values. However, some on the Right also assert that the NFL was similarly justified in recently banning its players from kneeling during the National Anthem, and that conservatives are often held to a higher standard when it comes to public rhetoric.
Take a look at some other big stories this week: Fact Check: Reports Misleading on Status of Immigrant Children, President Trump Will Pardon Dinesh D’Souza, and Netflix Announces Deal With Obamas.
Snippets from the Center
Roseanne Barr's tweet and shelved sitcom sparks debate
BBC News
"Opinion online has been divided over the decision by US TV network ABC to cancel Roseanne Barr's revived TV comedy series over her racist tweet.
...
The controversy has led to some people backing ABC's decision while others have been claiming the TV network showed double standards over free speech.
...
Some Hollywood celebrities including Don Cheadle and Shonda Rimes condemned Ms Barr's comments and backed the decision to cancel her series.
...
Some people with right-wing views saw double standards. Supporters of President Donald Trump asked why TV host Bill Maher was not fired for comparing the president to an orangutan on his HBO show.
...
Ms Barr is a high-profile Trump supporter. President Trump once called her to congratulate on the success of the revival of her TV show."
Snippets from the Left
Why ABC Finally Had to Cancel Roseanne
The Atlantic
"Barr’s volatile personality was well-known to ABC when it ordered a revival of Roseanne in May 2017. The network’s willingness to gamble on it was two-fold. Resurrections of ’90s hits like Will & Grace and Full House had worked for other networks, but Roseanne was particularly appealing to ABC because it was looking for a show that would appeal to Donald Trump voters. Part of Barr’s pitch for the revival was that her character would be written as a supporter of the new president, reflecting her real-life personality.
...
The reality is that ABC knew what it was getting into when it brought Barr back into the limelight. But the network likely thought it could manage her public persona by convincing her to stay off social media (which she did in the immediate run-up to the show’s debut). Or perhaps ABC believed it could counterbalance Barr’s views by hiring figures like Sara Gilbert, Wanda Sykes, and Whitney Cummings, all of whom were producers on the show with more progressive politics. Though their creative input did seem to help temper the critical reaction to the show (which was largely positive), it could only do so much to distract from Barr herself.
...
Had Roseanne returned for a second season (the writers’ room was set to assemble Tuesday), it would have faced a slew of new questions about its star’s bigoted behavior. The network finally, belatedly, realized it couldn’t just reply again with, 'She’s the one and only.'"
Snippets from the Right
In Defense of ABC and the NFL
Ben Shapiro for National Review
"Now, let’s be clear: Kneeling for the anthem, on the scale of speech-related sins, ranks well below comparing a black American to an ape. Yes, of course Roseanne deserved the ax. But the real question is why some corporate speech-policing is considered decent while other corporate speech-policing is deemed deeply troubling.
...
Should Mozilla Firefox defenestrate its head, Brendan Eich, for opposing same-sex marriage? Should Keith Olbermann be granted a new contract at ESPN despite his bevy of vile and offensive tweets? Should the talent agency ICM dump Roseanne but keep Trump-beheader Kathy Griffin? There’s no obvious answer in the offing from the usual suspects, other than political convenience: Backers of Griffin and Olbermann often want to see folks like Eich and Roseanne thrown off the air, and vice versa.
Here’s a simple proposition: Corporations and consumers should be given full leeway and support to present consequences for exercise of free speech that affects the product being offered. So, for example, it seems perfectly reasonable for ABC to conclude that Roseanne’s on-air image has been irreparably stained by her comments, or for the public to respond to her comments by refusing to watch her show.
...
When it comes to the NFL, the same holds true. The NFL offers a product, largely produced for television. That product contains the playing of the national anthem and revolves around patriotic imagery. Kneeling for the anthem damages the presentation of that product."
Discover more on this topic on AllSides.
Arts And Entertainment, Free Speech, Roseanne Barr, Story Of The Week, News