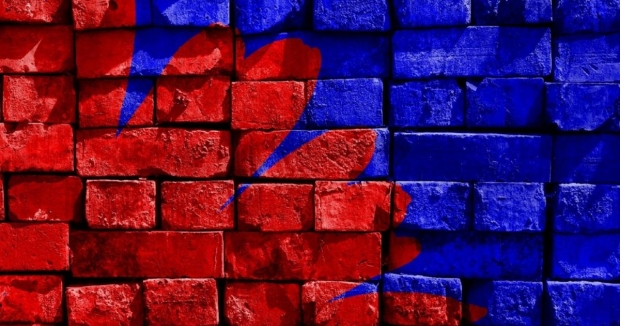 Animosity towards members of an opposing political party has substantially worsened in recent years. But much of what we know about polarization and citizens’ attitudes to their political opponents may be wrong.

\When Democrats and Republicans say they reflexively dislike each other, they appear to be imagining a member of the other party more politically extreme and more interested in discussing politics than the average person actually is. Correcting that view can substantially reduce reported polarization. Research published in November 2020 by James Druckman (Northwestern University), Samara Klar (University of Arizona), Yanna Krupnikov (Stony Brook University), Matthew Levendusky (University of Pennsylvania), and John Barry Ryan (Stony Brook University) showed affective polarization “is a function of the types of partisans that come to mind when people answer survey questions about the other party.”

When people are asked about a typical member of the other party, negative feelings become less intense, with respondents expressing indifference, rather than hostility. A rather straightforward intervention — reminding people that their political opponents are more moderate and less vocal about their beliefs than conventional wisdom suggests — can have positive effects. After all, authors noted, “the types of partisans who inspire the strongest animus actually constitute only a small minority of both parties.” When respondents are asked to evaluate “Republicans” or “Democrats,” they “are apt to substitute the part they know best: the part they see discussed in the media” due to the fact that “many individuals interact mostly (but not entirely) with those from their own party.” But the media’s presentation of reality diverges significantly from the actual state of affairs because stories that instill strong feelings like outrage are more likely to attract attention.

Partisan outlets especially tend to cover people who are more politically engaged and partisan than average citizens. This tendency skews citizens’ perception of reality, and they come to see their political opponents as being more partisan and vocal. All this distortion leads to measured increases in affective polarization, because Americans “remember fervent partisans pleading their cases, rather than their neighbors or colleagues who happen to be from the other party but rarely discuss politics.” The researchers, citing the work of Douglas Ahler and Gaurav Sood, gave an example of this phenomenon: “Republicans estimate that 43.5 percent of Democrats belong to a labor union when in reality it is 10.5 percent, and Democrats estimate that 44.1 percent of Republicans earn over $250,000 per year when it is 2.2 percent.”

Druckman et. al. used an online survey with over 4,000 respondents, finding that participants overestimated the number of ideologically-sorted partisans (e.g., conservative Republicans and liberal Democrats) by 78 percent. Meanwhile, respondents understated the prevalence of moderates, “estimating that 22 percent of partisans are moderates, when in reality it is 51 percent.” Additionally, respondents thought almost two-thirds of those on the other side frequently talk about politics, but really barely a quarter do. They found the most typical representative or “modal” partisan is moderate and only occasionally discusses politics. Researchers found that “partisans who are ideologically moderate and/or who engage in little political discussion are rated much more positively than others.” On a “feeling thermometer” scale of 0 to 100, where 0 indicates very cold feelings and 100 very warm feelings, Americans rated the modal member who is moderate and occasionally discusses politics at 47 degrees, essentially indicating indifference. However, when Americans imagined the other party as ideological and frequently discussing politics, they only rated the other side as a 32 out of 100, a much colder rating.

The researchers found ratings were especially sensitive to assumptions about the frequency of discussing politics. Imagining those in the other party discussing politics less led to substantially improved ratings of the other party. According to the researchers, this means that there is also considerable room for addressing misplaced animosities by making partisans more aware that typical members of the other party are often moderate and only occasionally discuss politics. It would also make sense to encourage people to draw more on their experiences with friends or colleagues of opposing views.

Additionally, the researchers said journalists can “offer more representative, or at least more varied portraits of partisan interactions.” This can help reduce affective polarization and inter-party discord which, after all, are driven by inaccurate assumptions about the members of the other party. Bridging this gap between perception and reality is essential to decreasing political polarization and hence the normal functioning of the American democratic republic.

Sukhayl Niyazov is an independent author and volunteer at Braver Angels. His work has been published in The National Interest, Human Events, Global Policy, Areo, Towards Data Science, and other publications. Sukhayl has a Center bias. This piece was edited by AllSides.com Managing Editor Henry A. Brechter (Center bias), and was reviewed by James Coan (Center) of Braver Angels.