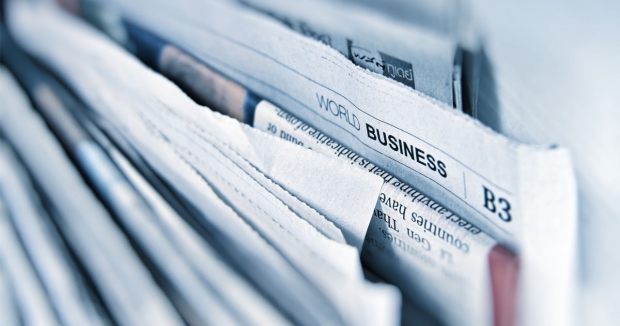 AllSides is committed to showcasing diverse perspectives to empower people to decide for themselves. In this blog we explore the various perspectives surrounding the issue of newsrooms choosing to capitalize all, some, or no racial signifiers. We also detail AllSides' decision to not capitalize these words in our original content.

The AP is one of the largest newswire services in the United States; the AP Stylebook, originally created in the 1950s as a guide for reporters to standardize mass communication, has become the standard for nearly all newsrooms in the nation. Because of the AP’s status, it’s likely that most newsrooms in the U.S. will follow the AP’s decision to capitalize black and not white. But other major news outlets such as CNN (Lean Left), Fox News (Lean Right) and the Washington Post (Lean Left) have decided to capitalize both black and white, while others continue not to capitalize either.

The debate and changes taking place in many newsrooms right now has prompted AllSides to clarify its standards, and to explore the different perspectives on this issue below.

Those who choose to capitalize black do so because, as the AP writes, “The lowercase black is a color, not a person.” Lori Tharps, a journalism professor at Temple University, argues the same, writing in 2014 that the lowercase black is a descriptor used to reduce a person, or a group of people, to the color of their skin.

“Black with a capital B refers to people of the African diaspora,” she wrote. “Lowercase black is simply a color.”

She continued, “Black with a capital ‘B’ refers to a group of people whose ancestors were born in Africa, were brought to the United States against their will, spilled their blood, sweat and tears to build this nation into a world power and along the way managed to create glorious works of art, passionate music, scientific discoveries, a marvelous cuisine, and untold literary masterpieces. When a copy editor deletes the capital ‘B,’ they are in effect deleting the history and contributions of my people.” Others argue that capitalizing black is about reclaiming power.

Though black is not necessarily an ethnicity tied to a geographic location, some, such as Kwame Anthony Appiah, Professor of philosophy and law at New York University, argue black should be capitalized because it describes a group of people with a distinct cultural identity and a unique history.

The Hill and AP both said they decided to capitalize black for this reason, with both outlets verbatim writing that they made the decision in order to convey “an essential and shared sense of history, identity and community among people who identify as Black, including those in the African diaspora and within Africa.”

The AP says capitalizing the word white, as is done by white supremacists, “risks subtly conveying legitimacy to such beliefs.” The Columbia Journalism review seemed to agree.

AP seemed to acknowledge criticism, saying, “Some have expressed the belief that if we don’t capitalize white, we are being inconsistent and discriminating against white people or, conversely, that we are implying that white is the default.”

Capitalizing Both Black and White

Some newsrooms opted to capitalize both black and white, arguing that both groups have shared cultural and historical identities.

The Washington Post opted to capitalize both black and white, arguing that both groups have cultural and historical identities. “The use of Black is a recognition and acknowledgment not only of the cultural bonds and historical experiences shared by people of African heritage, but also the shared struggles of the descendants of enslaved people, families who immigrated generations ago and more recent immigrants from Africa, the Caribbean and other corners of the world.”

The Post continues, “Stories involving race show that White also represents a distinct cultural identity in the United States. In American history, many White Europeans who entered the country during times of mass migration were the targets of racial and ethnic discrimination. These diverse ethnicities were eventually assimilated into the collective group that has had its own cultural and historical impact on the nation. As such, White should be represented with a capital W.”

Fox News chose to capitalize black, white, and brown to coincide with the recommendation by the National Association of Black Journalists.

AllSides Opts Not to Capitalize Black Nor White

As a matter of consistency, AllSides will continue to lowercase “black” and “white” when referring to cultural and ethnic contexts in our staff writing and original news content. This is because both descriptors are broad and can include people from areas throughout the world. They are not geographic identifiers, such as Asian, African, European or Latino. Writers on our Perspectives Blog will be free to use capitalization as they please, and we will not edit content that we curate from other websites.

Perspectives from the AllSides Team

While a consensus may be emerging in some organizations, there remain many different perspectives on the issue, both in media organizations and among the general public. AllSides is committed to showcasing diverse perspectives, and our team purposely contains people from the left, center, and right. To showcase the diversity in thought, some AllSides team members share their own perspective on the issue below.

Perspective: Only Capitalizing One Does More Harm Than Good

Henry A. Brechter is AllSides’ Managing Editor. He has a Center bias.

“I appreciate the efforts of all newsrooms to make moves they consider beneficial for their audience, and I’m grateful for the chance to encourage diversity of thought and dissent when making decisions like this for our audience. I disagree that either black or white should be capitalized in a cultural sense, and I believe that capitalizing one but not the other does more harm than good, and can potentially confuse young audiences who don’t yet comprehend the nuances of race, culture and ethnicity.”

“The words black and white, in a cultural sense, are not proper nouns. Each word has been semantically attached to the cultural identities of people who bear the skin color associated with that word. “Blackness" and "whiteness" only exist so much as we acknowledge that they do. When used in this context, these words can hold great power and cultural meaning — but this power has little to do with the styling of each word’s first letter when written down, or even the individual letters that make up the word itself. Using "black" and "white" in a cultural sense is a mere figure of speech, though undoubtedly one of the most culturally significant figures of speech used in common language. It is, however, distinctly different from and far more general than addressing or describing people from a specific geographical region or genetically distinct ethnicity.”

Micaela Ricaforte served as AllSides’ News Editor from 2019-2020. She has a Center bias.

“With the Black Lives Matter movement currently sweeping the nation, many organizations are changing their conduct to align themselves with the movement —from promising more diversity among staff, to changing brand names and language. Changes that provide substantive action to promote equality within companies are good; making changes to branding and language without changing problematic conduct within an organization feels like virtue signaling at best. Newsrooms committed to diversity should focus on first hiring more diverse staff.

Many mainstream media outlets have decided to capitalize black and not white, including the Associated Press, whose stylebook has become standard in both newsrooms and in journalism schools across the U.S. The AP has always advised reporters to err on the side of neutral, inoffensive language. This decision feels like a departure from the news value of neutrality — but in an increasingly polarized political climate, taking a neutral stance may be more offensive than picking a side.”

Julie Mastrine is AllSides’ Director of Marketing and Media Bias Ratings. She has a Lean Right bias.

“The logic of AP and other newsrooms that decide to capitalize black and not white is full of inconsistency.

AP also states blacks have the "shared experience of discrimination due solely to the color of one’s skin," yet "white people generally do not share...the experience of being discriminated against because of skin color." This ignores very real historical accounts of discrimination due to white ethnicity/skin color, as well as racism and violence against groups such as white South Africans today. In the very next breath, AP contradicts themselves by seeming to acknowledge this, stating, "We agree that white people’s skin color plays into systemic inequalities and injustices."

AP also states that “capitalizing the term white, as is done by white supremacists, risks subtly conveying legitimacy to such beliefs.” By this same logic, capitalizing black risks subtly conveying legitimacy to black supremacist beliefs, such as those held by the Black Hebrew Israelites and other groups who have been accused of believing blacks are superior to whites.

Jamaicans are different from Kenyans; both are black. Italians are different from Icelanders; both are white. Groups can be both distinct and similar. Capitalizing one group and not another not only smacks of bias, it also eradicates the unique cultural and historical variations among specific black and white groups. Newsrooms should treat blacks and whites equally, either by capitalizing both, or none at all — preferably the latter.”

Perspective: AP Got it Right, Per Usual

Hirsh Joshi is a former member of the AllSides news team; he has a Left bias.

“Many, including the AllSides team, seemed confused by the AP’s use of ‘culture.’ They read culture and believed it to mean what we normally think: food, language, religion, customs, music, etc. But AP should’ve clarified the definition of culture actually used; referring to a trauma from colonialism. This includes distrust of European powers, distrust of the 'white man's' intentions, the sad reality of young black men fearing police, skepticism of globalism as a new wave of colonization, labeling democratic values as ‘Western.’ AP’s reference to ‘culture’ derives from shared historically negative interactions with (usually white) oppressors.

Conversely, white people cannot claim any similar ‘culture.’ The only people who oppressed whites…were other whites. Anti-Irish and anti-Italian sentiments were cited, but as is evident in those citations, skin color had little to do with that discrimination; it was largely through religious zealous. Thankfully, anti-Catholicism is dying; unfortunately anti-Semitism isn’t. There is no group of ‘whites’ with similar experiences and trauma as outlined above.

One example concluded that capitalizing “Black” is conforming with Black Supremacy. However, a citation wasn’t given, because this event never happened. Applying similarly extrapolated logic would lead one to think that a black cloth version of the Klan garment resembles “Black supremacy.”

But AllSides’ decision perfectly captures a prevailing frustration: every time Black Americans make even the shortest stride towards equality, white society always manages to ask “well, what about us?” Well, what about them? Whites face no barriers due to race. Perhaps they do elsewhere: like sexuality, gender identity, religion, immigration status, or class. But not in terms of race. If I add the number 2 to both 7 and 3, I get 9 and 5. It would be absurd to say that these two are equal because they get the same treatment.

Some may say AP’s move signals a shift left. But by incorporating this into its editorial style, AP didn’t move left versus right. It moved towards historically correct versus not. The idea that ‘white’ and ‘Black’ both deserve capitalization or neither does, holds two entities equal when they were never treated that way.”