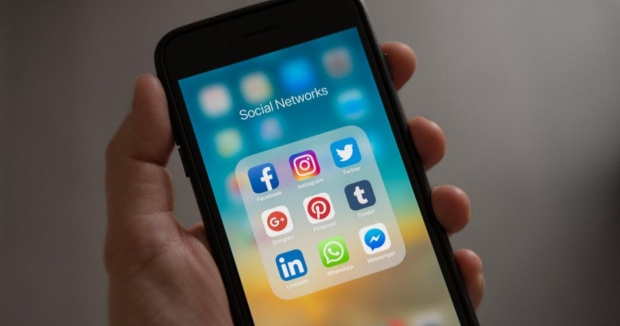 This view is from a writer rated Lean Left.

In everyday America, many of us do not interact much with others who have different beliefs. We naturally like to be surrounded by like-minded people, whether that be in communities, jobs, or marriages. Over the years, however, this matter has worsened, and it risks becoming more destructive.

When we do not have many opportunities to interact with people who think differently than us, the portrayals we see on news media and social media become increasingly important. Improving those representations is vitally important when in-person (or even virtual) interactions are less common.

Our party system in the United States now shows a population density divide. Geographically, Americans typically live near people who vote similarly to them. In the 2012 election, below 800 people per square mile, about 66% of Americans voted Republican. Above 800 people per square mile, about 66% voted Democratic. This shows the divide between urban and rural politics.

Additionally, Americans do not have that many cross-party friendships, and even various jobs tend to be more Democratic or Republican. One reason jobs are split by party is that those with at least four-year degrees have shifted toward Democrats, and those without degrees have moved toward Republicans. Almost 90 percent of college grads live in urban counties, and the share of residents with bachelor’s degrees in urban areas is higher.

The parties can worsen the divides. With a density divide, Democrats can focus more on policy issues that appeal to urban residents like affordable housing or mass transit, while Republicans can focus more on topics that resonate with more rural or “exurban” areas. Since many of us have fewer in-person or one-on-one interactions, what we see on news media or social media about the other side becomes increasingly important.

AllSides shows that many news media sources show ideological media biasin the coverage they produce. The influence of social media does not help this polarization. Platforms try to cater our feeds towards what we like or might find interesting.

Let’s assume someone drops a single comment on the Twitter feed of someone from one party (a Republican in this case, but the same could be true for anyone). That may result in other Republican accounts being suggested to their profile. Eventually, the first user may be following dozens of Republicans, many of whom have similar beliefs to one another. Unless they are also following some Democrats, the polarization can worsen because they are only taking in one side of the story.

Yet there may be potential for reform, even if the business model of partisan media and social media often supports polarization.

To start, the news media can begin to present more overlap between the parties in their reporting. For example, some surveys show that Republicans and Democrats actually agree on various aspects of immigration policies and gun restrictions.

It would also be beneficial if their reporting in general could show multiple political perspectives from across the spectrum, not just highlight views from its own bias. News media should also highlight more than political extremes.
MSNBC, for example, has a Left bias. To offer more well-rounded news reporting to its viewers, it could also highlight from the center and right. The same goes for Fox News, with its Lean Right news and Right opinion biases. Yet news stations can often cater to their core polarized audiences.

Social media also has a business model problem. The time users spend on these sites is worth billions of dollars in advertising. However, it can still be helpful to try to find better algorithms.

These new algorithms could expose people to different points of view and help them find content that would run counter to negative stereotypes, opening the eyes of those from all political parties. This may help us feel better about the other party, and it would ultimately help both sides to vilify the other party less.

This piece was edited by AllSides.com Managing Editor Henry A. Brechter (Center bias). It was reviewed by James Coan (Center bias) of Braver Angels.