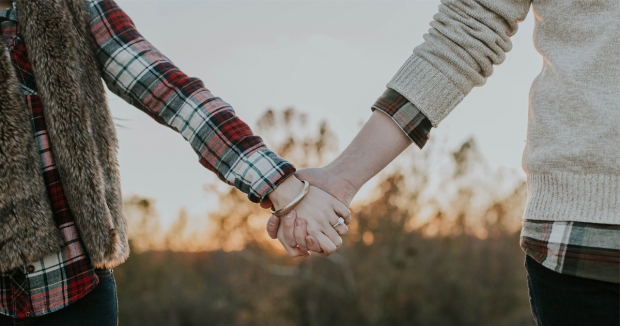 A recent academic study found that America is now more politically polarized than at the end of the Reconstruction Era, following the Civil War. An even more recent opinion piece in the Washington Post (Lean Left Media bias rating) raised the alarming specter that “[after 150 years] there is talk of violence, mayhem and, increasingly, civil war,” further asserting that “fears that once existed only in fiction or in the fevered dreams of conspiracy theorists have become a regular part of the political debate."

For the sake of ratcheting down my own anxiety meter — and hopefully yours as well — may I propose a different lens through which to view our current schism: America doesn’t need another civil war. What we need is marriage counseling.

Think of America like a marriage on the rocks. It's like waking up one morning, rolling over in bed, looking at the person you've been married to for decades, and suddenly being gripped by the feeling that you've become total strangers. How could this have happened? How did we drift so far apart? I don’t even know you anymore!

In hindsight, as Americans, maybe we have been a bit too quick to paper over our differences in order to preserve the marriage, to honor our vows of shared citizenship, and to demonstrate our unshakable faith in the vision — articulated so eloquently in the preamble to the U.S. Constitution — that we are destined to “form a more perfect union.”

Well, if we didn’t already suspect it, the 2016 election and its aftermath confronted us with the hard truth that our union is far from perfect. With so many conflicts, grievances, and resentments now dredged up to the raw surface, America’s relationship woes can’t be downplayed or swept under the rug any more. Maybe no one’s moving out yet, but we’re definitely sleeping in separate bedrooms. Leave me alone. I can’t even stand to be near you. Just the sight of you makes me sick.

Making matters worse, our politicians, media, and social media seem to take perverse pleasure in fanning the flames of our marital discontent. He’s a jerk. I never thought she was good enough for you. You can do better.

Here’s the thing: married couples fight. And when we fight, we are almost always desperate to be right, to “win” the argument at hand. We argue over substantive and trivial things. Sometimes, in fact, one of us is just plain right, and the other is just plain wrong. When arguments become too intractable, behaviors too unjustifiable, or feelings just too plain hurt, marriages can end.

In many ways, America can feel like a bad marriage these days. But ending this marriage, even if we had the faintest idea how to do this, is an option that most of us aren’t prepared to consider. So it appears we’re stuck with each other, no matter how unromantic the prospect.

And if the goal is to stay together, then trying to win every marital dispute at all cost isn’t necessarily the best long-term strategy. Instead, as any happily married octogenarian or experienced marriage counselor can attest, staying together “til death do us part” requires a considerable amount of listening, empathizing, negotiating, compromising, and seeking shared rather than lopsided victories.

Looking for common ground in a troubled relationship can be a bitter pill to swallow, especially when we are convinced (and our friends and family provide further validation) that we are right, that we are the injured party. I don’t need him. I’m better off on my own. She never understood me anyway.

But if, as Americans, we are not willing to do the hard work that lifelong relationships require, then we are almost certainly destined to continue drifting apart. Towards what end, exactly?

So let’s prove the warmongers and the naysayers wrong. Let’s avoid the temptation to feel righteous, even when we are pretty sure that we are right. Let’s stop listening to the voices telling us that Americans’ differences are irreconcilable, and that we’re better off going our separate ways.

Instead, let’s switch on our “inner marriage counselors” and dedicate ourselves to listening, empathizing, compromising, negotiating, seeking common ground, and ultimately, strengthening the ties that bind us as Americans. Let’s roll over, look at that stranger sleeping next to us, take a deep breath, and commit to making this challenging relationship work.

Kristin (Jordahl) Hansen is Strategy and Technology Advisor at AllSides.com, AllSides for Schools, and Mismatch.org. She has a Lean Left bias.