The Washington Post Reveals the Woman Behind ‘Libs of TikTok’

Washington Post (Lean Left bias) journalist Taylor Lorenz stirred controversy on Tuesday by publishing an article that included the name of the woman behind the @LibsofTikTok Twitter account.

According to the article, the woman’s name and phone number were used in the publicly available registration of LibsofTikTok.us last October. Notably, the article did not publish the woman's phone number or address despite their public availability. On Saturday, a software developer also uncovered the name via deleted tweets from the Twitter account’s former handles.

@LibsofTikTok features TikToks and other social media posts from liberals, leftists and LGBTQ people, often offering commentary like “Any teacher who utters the words ‘I came out to my students’ should be fired on the spot.” As Lorenz’s article notes, the account has been promoted by several conservative or anti-left voices, including Tucker Carlson (Right bias), Joe Rogan and Florida Gov. Ron DeSantis’ press secretary.

“Libs of TikTok” was the third-most trending topic on Twitter Tuesday morning. Coverage from the right strongly criticized Lorenz, accusing her of “doxxing” the woman behind Libs of TikTok; some coverage also said Lorenz was “hypocritical,” pointing to an MSNBC (Left bias) segment where she discussed online harassment against her. Coverage from the left, including Lorenz’s article, framed @LibsofTikTok as prejudiced, politically influential and deserving of public attention. 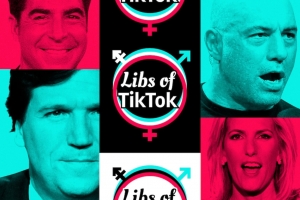 On March 8, a Twitter account called Libs of TikTok posted a video of a woman teaching sex education to children in Kentucky, calling the woman in the video a “predator.” The next evening, the same clip was featured on Laura Ingraham’s Fox News program, prompting the host to ask, “When did our public schools, any schools, become what are essentially grooming centers for gender identity radicals?”

Read full story
Some content from this outlet may be limited or behind a paywall.
See full media bias rating for Washington Post
From the Right
13271
Media Industry
‘Holed Up In A Safe Location’: Libs Of TikTok Creator Provides Update On Her Safety After Being Doxxed By Washington Post
The Daily Wire 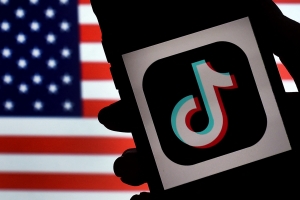 The real person behind the popular Libs of TikTok account just provided an update following the explosive Washington Post article revealing personal details about her, including her name and location.

“Words cannot express how appreciative I am of the support I’m receiving right now. Thankfully I’m currently holed up in a safe location. I’m confident we will get through this and come out even stronger. Grateful for all the thoughts and prayers ❤️,” she shared on Twitter.

Read full story
Some content from this outlet may be limited or behind a paywall.
See full media bias rating for The Daily Wire
From the Center
13271
Media Industry
Why Taylor Lorenz's Libs of TikTok Expose Has Outraged Conservatives
Newsweek 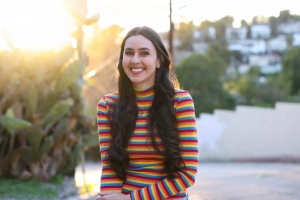 As news that Washington Post columnist Taylor Lorenz was about to publish a piece revealing the identity of the creator of Twitter account Libs of Tik Tok started spreading, outraged conservatives accused the journalist of "doxxing" and harassing the anonymous account holder.

The conservative account Libs of Tik Tok, which mostly shares content attacking liberals as well as school teachers accused of the alleged "grooming" and "indoctrination" of children on LGBT rights, has become a social media sensation in the past two years, achieving a follower base of some 648,000 on Twitter, over 66,000...