In some states, "trigger laws" reactivating old abortion bans were due to take effect when the Supreme Court overturned Roe v. Wade last week. But some state courts are putting them on hold — at least for now.

With the help of the American Civil Liberties Union and other pro-choice groups, lawsuits were filed Monday in Idaho, Kentucky, Mississippi and Texas by abortion providers challenging state abortion bans. Courts in Texas and Kentucky temporarily blocked their state's bans as a result. Meanwhile, lawsuits from abortion providers in Utah and Louisiana led judges to issue temporary restraining orders that halt enforcement of bans in those states. And in Florida, a judge said he'd temporarily block a ban on abortions after 15 weeks of pregnancy because it violates the state constitution's privacy protections, though his ruling won't take effect before the ban becomes law on Friday.

Some state officials plan to appeal the decisions. A spokesperson for Florida Gov. Ron DeSantis (R) disagreed with the judge's ruling and said the state's constitution does'nt include "a right to kill an innocent unborn child." Texas Attorney General Ken Paxton responded to his state court's ruling by committing to an immediate appeal, and said he would "ensure we have all the legal tools to keep TX pro-life!" 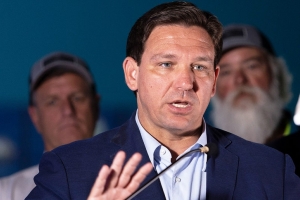 Florida Gov. Ron DeSantis on Thursday announced his intention to appeal a court ruling that would block abortions after 15 weeks.

The Florida legislature passed the law, known has House Bill 5, and DeSantis signed it in April. The law bans most abortions after the 15th week of pregnancy unless the health of the mother is threatened or unless the baby has a "fatal fetal abnormality," according to the Washington Post.

Leon County Circuit Judge John Cooper announced that he would issue a temporary injunction against the state abortion ban, calling... 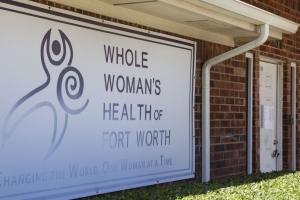 Texas abortion clinics can temporarily resume abortions up to six weeks of pregnancy, following a ruling from a state court blocking the enforcement of pre-Roe laws banning abortion.

The court granted a temporary restraining order Tuesday in response to a lawsuit filed June 27 by the Center for Reproductive Rights and other groups on behalf of several Texas abortion providers. Another hearing is set for July 12.

All Texas clinics stopped providing abortions on June 24 after the Supreme Court overturned Roe vs. Wade, the 1973 ruling in a case from Dallas County that established the constitutional right...

Read full story
Some content from this outlet may be limited or behind a paywall.
See full media bias rating for The Dallas Morning News
From the Left
280
Abortion
Kentucky state court blocks two state laws that stopped abortion services after Roe ruling
CNN (Online News) 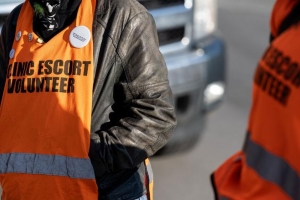 A Kentucky state court on Thursday halted enforcement of two Kentucky laws passed in 2019 that had stopped abortion services in the state last Friday, after the Supreme Court's ruling overturning Roe v. Wade.

The two measures are Kentucky's so-called trigger law and a "heartbeat" law restricting abortions at around six weeks of pregnancy.

The court granted a request for a restraining order filed by the American Civil Liberties Union, its Kentucky chapter and Planned Parenthood Great Northwest. A hearing for the temporary injunction has been scheduled for next Wednesday, according to the...