A Virginia school district is being accused of covering up allegations that a gender fluid student sexually assaulted a female student in a school bathroom in May.

The alleged victim's father, Scott Smith, says the Loudoun County School District dismissed the assault claims, and that a school counselor told he and his wife that "they’re not supposed to talk about anything." The assault suspect was reportedly arrested in July following a county sheriff's office investigation; the office says the case is "pending court proceedings," and records for juvenile cases are sealed. Smith was arrested at a school board meeting in June and found guilty of disorderly conduct and resisting arrest; the district superintendent reportedly said during that meeting that he had "no record of assaults occurring in our restrooms." The assault suspect was recently charged with a separate assault at a different school.

Right-rated outlets have covered the story prominently following the Wire's report, and highlighted claims about the allegations from Scott's lawyer. As of Wednesday, no left-rated outlets have covered the news. Many right-rated voices criticized school officials, left-rated media and Democrats for purportedly ignoring the allegations to protect the transgender rights movement. Some also said Scott had been unfairly portrayed as an politically-extreme parent, and framed that narrative in the context of the FBI's recent move to investigate threats against school officials. 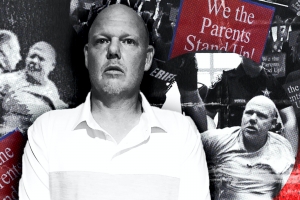 On June 22, Scott Smith was arrested at a Loudoun County, Virginia, school board meeting, a meeting that was ultimately deemed an “unlawful assembly” after many attendees vocally opposed a policy on transgender students.

What people did not know is that weeks prior on May 28, Smith says, a boy allegedly wearing a skirt entered a girls’ bathroom at nearby Stone Bridge High School, where he sexually assaulted Smith’s ninth-grade daughter.

Juvenile records are sealed, but Smith’s attorney Elizabeth Lancaster told The Daily Wire that a boy was charged with...

Read full story
Some content from this outlet may be limited or behind a paywall.
See full media bias rating for The Daily Wire
From the Center
2322
Culture
Parents Slam Loudoun County School Board For Covering Up Transgender Assault Of 9th Grade Girl
RealClearPolitics 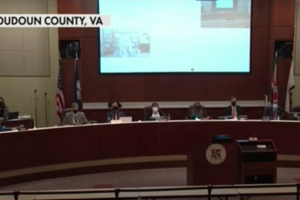 Parents admonished the Loudoun County Public Schools (LCPS) school board at a public meeting on Tuesday for covering up the sexual assault of a ninth-grade grade by a trans student wearing a skirt in the girl's bathroom.

This follows an explosive Daily Wire report about the girl being assaulted by a trans student that identifies as female. Scott Smith, the father of the female student that was assaulted, went viral after he was arrested for confronting the school system's superintendent at the infamous meeting on June 22, 2021 where Critical... 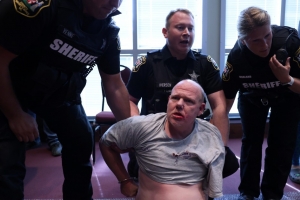 As parents gathered before the Loudoun County School Board in the Washington, D.C., suburbs to demand the resignation of the superintendent of schools, news cameras from ABC, CBS, and NBC were nowhere to be found.

That prompted conservative media critic Brent Bozell, who heads the Media Research Center, to decry the media’s double standard of playing up favorite issues such as mask and...

For the past several years, comedian Dave Chappelle has been locked in a vicious cycle of anti-cancel-culture standup comedy. Over six Netflix specials,...

We’re Losing Our Humanity, and the Pandemic Is to Blame
OPINION

Kurt Thigpen clenched his hands around the edge of the table because if he couldn’t feel the sharp edges digging into his palms, he would have to think about...

Move over, Matthew and Beto: is Texas ready for a Latina governor?

One of my favorite tales from the vault of family lore involves a woman named Ignacia Jasso, who was better known as “La Nacha”. As the tale goes, in the...

The second memo that Netflix co-CEO Ted Sarandos issued to Netflix staff about Dave Chappelle and stand-up comedy only proves...

Research has shown that older and younger adults need one another: Mixed-age interactions make seniors feel more purposeful, and young people benefit from...

Asked whether men can give birth, most people wouldn’t respond the way the transgenderism-obsessed Left would prefer. Understanding this, the Left is...

Woke Walmart has trained more than 1,000 employees in critical race theory, denouncing the US as a “white-supremacy system” — and telling staffers to...

Last night the Las Vegas Raiders forced out legendary football coach Jon Gruden after a slew of his private emails containing “homophobic” and “...