President Joe Biden cursed a Fox News reporter Monday in response to a question about inflation.

As journalists were ushered out of the White House's East Room following a meeting of Biden's Competition Council, Fox News reporter Peter Doocy asked Biden if he thinks "inflation is a political liability ahead of the midterms?" Biden responded sarcastically: "That’s a great asset — more inflation. What a stupid son of a bitch." Later that night, Doocy said that "Within about an hour of that exchange, [Biden] called my cell phone and he said, 'It's nothing personal, pal'...He cleared the air, and I appreciated it. We had a nice call." In the 12 months leading up to December, U.S. inflation hit the highest rate seen since 1982.

Reports across the spectrum, especially from right-rated outlets, highlighted other recent examples of Biden getting upset in response to questions from reporters. Coverage from left- and center-rated sources focused more on Biden's subsequent phone call to Doocy. Some coverage from right-rated outlets juxtaposed Biden's remark with the themes of civility and unity he expressed during his presidential campaign. 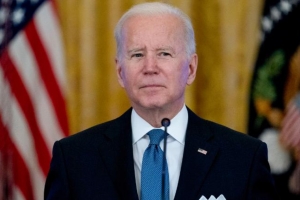 President Joe Biden was heard calling a reporter from the Fox channel a "stupid son of a bitch" on a hot microphone following a White House event Monday afternoon.

Fox White House Correspondent Peter Doocy asked Biden, "Would you take a question on inflation ... ? Do you think inflation is a political liability in the midterms?" 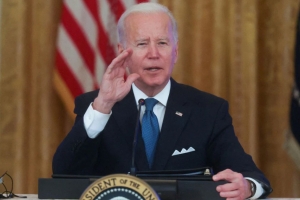 U.S. President Joe Biden was caught on a hot mic cursing a Fox News reporter at a White House event on Monday after the journalist shouted a question about the impact of rising inflation on this year's congressional elections.

As journalists were ushered out of a meeting of Biden's Competition Council, Peter Doocy, a White House correspondent with whom Biden regularly spars, asked if it was OK to ask about inflation and if it was a political liability. 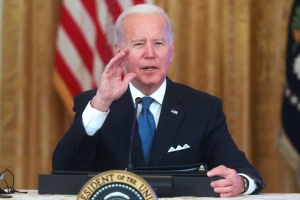 President Biden was caught insulting Fox News reporter Peter Doocy on Monday for asking if he believes inflation is a “political liability” in the midterms.

Biden’s comment comes weeks after a Labor Department report showed inflation increased at the fastest rate in 40 years over the last twelve months. The report showed that the consumer price index, a major inflation gauge, for all items surged 0.5 percent in December and 7.0 percent for...

Analysis
Court Filing Started a Furor in Right-Wing Outlets, but Their Narrative Is Off Track
New York Times (News)