Culture, Marijuana Legalization, Polls, Data
Save for Later
From The Left 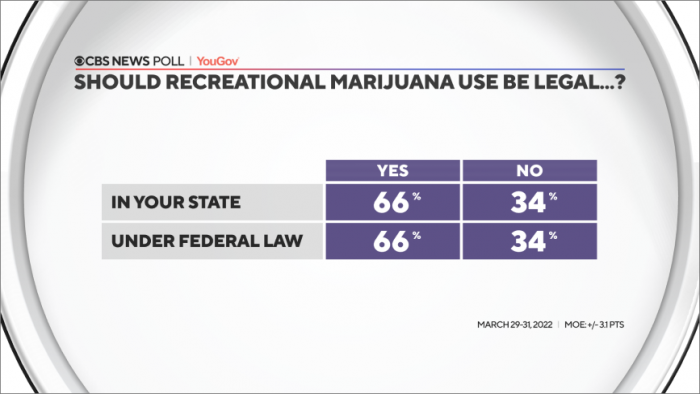 Two-thirds of Americans want recreational marijuana use to be legal under federal law and in their own state. As more states move to legalize marijuana, most people say they wouldn't mind if a licensed marijuana business opened in their neighborhood.

Recreational marijuana use remains illegal at the federal level.  The House of Representatives recently passed a bill to federally decriminalize marijuana.