Donald Trump, Capitol Chaos, January 6 committee, 2020 Election
Save for Later
From The Left 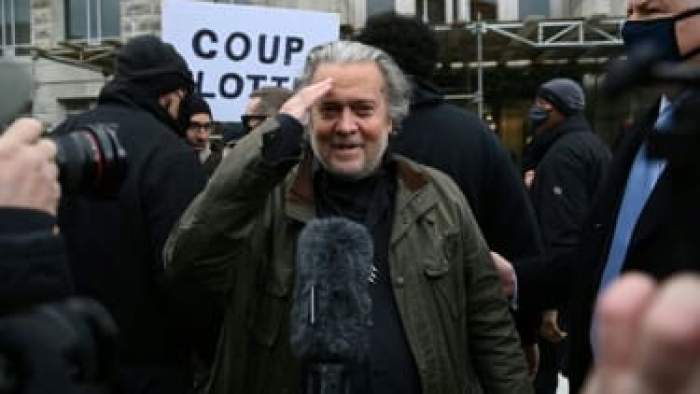 Former President Donald Trump made several calls from the White House to allies gathered at the Willard Hotel in Washington late Jan. 5 or early Jan. 6, pressing them for ideas on how to stop Congress from certifying President Biden's victory on Jan. 6, The Guardian reported early Tuesday, citing multiple sources.

Trump told his lieutenants — Steve Bannon and lawyers Rudy Giuliani, John Eastman, and Boris Epshteyn — first that then–Vice President Mike Pence had just declined to participate in Eastman's plan to derail Biden's certification, then "on at least one of those calls, Trump also sought from the lawyers at the Willard ways to stop the joint session to ensure Biden would not be certified as president," The Guardian reports. He spoke with the lawyers and non-lawyers separately at Giuliani's insistence, in an attempt to protect attorney-client privilege.

"Several Trump lawyers at the Willard that night deny Trump sought to stop the certification of Biden's election win," insisting "they only considered delaying Biden's certification at the request of state legislators because of voter fraud," The Guardian reports. None of the involved parties commented to The Guardian when asked for comment. "Trump's remarks reveal a direct line from the White House and the command center at the Willard," an area of intense interest for the House committee investigating the Jan. 6 insurrection, The Guardian says.