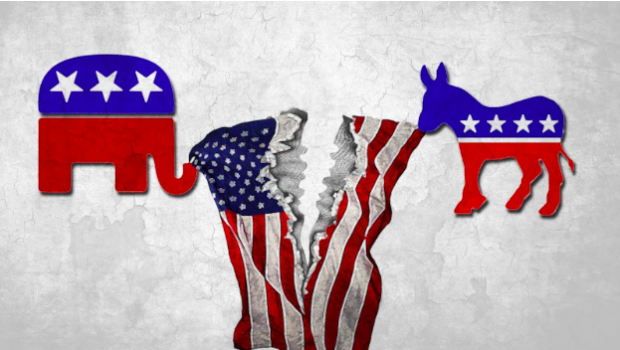 I recently spent a few days on the North Fork beaches of Long Island, New York. It was amazing how many American flags we passed on our daily strolls, proudly flying on front porches, affixed to roadside fruit stands, and draped over rustic barn doors. 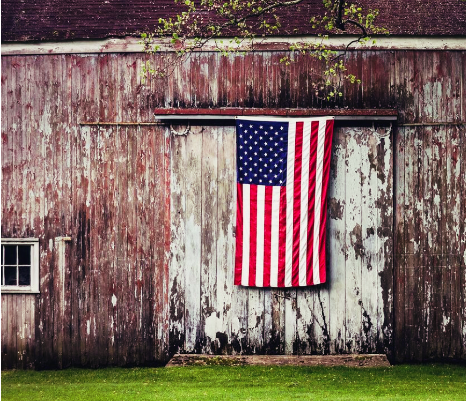 I felt surprised; confused by the display of patriotism in what I assumed was a Democratic stronghold. Mystery solved when I looked up 2020 election results and realized the town we were visiting, and roughly half of North Fork, had voted for Trump.

The American flag is meant to symbolize the founding ideals that unified our nation in its infancy. So how have the Stars and Stripes become a symbol of division, instead? Here are examples of opposing viewpoints.

America is in the midst of a revolution, and it’s not a good one. From the 1619 Project, critical race theory and the toppling of statues, social media censorship and “canceling” of anyone who disagrees with left-wing values and its reshaping of our country, America is heading down a dangerous path. It’s a cultural revolution that aims to rewrite our nation’s history and take away our freedoms, while indoctrinating our children with woke ideology that teaches them to view the world through the lens of victim and victimizer, oppressed and oppressor, along race, sex, and gender identity categories — and to rewrite our laws and upend our culture to suit this worldview. It’s essentially a Marxist nightmare, reminiscent of George Orwell’s 1984.

Thankfully, there's a powerful, unwavering symbol that remains steadfast in our nation’s true values: the American flag. It has signified freedom and justice (however imperfectly achieved) for nearly two and a half centuries.
Many conservatives, who are typically in favor of market-based economies, meritocracy, small government, individual rights, and civil liberties, believe traditional Western values like these are fundamental to what the American flag represents: a free and flourishing nation in which anyone can work hard and achieve the American Dream. Our nation has been unique in that it doesn't view people based on their group identity, but has worked to establish an equal playing field where everyone’s  rights to free speech, to bear arms, against unreasonable search and seizure, and others as spelled out in the Bill of Rights and our Constitution are fundamentally protected. It’s a nation where anyone, regardless of background, can succeed — not because the government has predetermined winners and losers via redistribution programs, laws and policies that favor specific groups— but because we have established a fair and just system that allows for the flourishing of all individuals.

Those who espouse these foundational ideals proudly wave the Stars and Stripes. They support America, its history, and what it has always represented. And when Americans’ freedoms and justice appear to be in jeopardy in any way? They’ll fly that flag even higher as a symbol of the ideals we want to achieve and will keep working towards.

The American flag has been hijacked. It’s gotten worse since the Confederate flag was banned, as far-right groups who once flew the rebel flag have instead co-opted Old Glory. We’re all familiar with the formidable images of American flags flying high during the January 6th Capitol riot, and perhaps most infamously, when one rioter even used the flag as a weapon to beat a police officer.

Other far-right groups, from the Proud Boys to the Patriot Front, have also flown Old Glory at their marches and rallies. Ultimately, this has led to some minorities feeling threatened by our nation’s flag.

To this end, Grammy Award-winning artist Macy Gray penned an op-ed calling for the redesigning of our nation’s flag. She argued, “The American flag has been hijacked as code for a specific belief…Like the Confederate, it is tattered, dated, divisive, and incorrect. It no longer represents democracy and freedom. It no longer represents ALL of us. It’s not fair to be forced to honor it.”

But the left’s disdain for the flag is broader, and goes much deeper. The Stars and Stripes date back to 1777, when the world was a completely different place. Americans owned slaves. Women couldn’t vote. Homosexual intercourse was legally punishable in some states. Our country’s founding principles are arguably a symptom of these times. For example, Euro-centric cultural imperialism, capitalism (which those on the left say breeds exploitation), equality under the law (as opposed to equity), heteronormative values, and other antiquated Western values do not represent the America that progressives are striving to create.

Use of the flag also supports nationalism, which goes against the idea that we are citizens of the world who have a common commitment to the climate, to our resources and to each other.

So when it comes to the American flag, it’s hard to justify this engrained symbol of white Western culture as representing the ideal modern America, in which minorities who have been oppressed for centuries will finally get their fair shot.

What to Do About Flag Controversy: My Perspective

So what can we do about the controversy surrounding our flag? Should we, as Macy Gray suggests, redesign it?

Personally, I believe individuals and nations as a whole are the sum of its parts: the good, bad, and everything in between. Knowledge of our past and present truths empowers us to build a better and stronger future identity. As they say, the deeper the roots, the taller the branches.

Instead of replacing the flag, what if those who disdain the founding ideals of this country fly the flag even higher, in honor of the America they hope to create? If Americans of any and all political beliefs wave the Stars and Stripes, whether in a red state like Nebraska or blue state like New York, won’t the flag cease to connote one side over another?

But America is a democracy, after all, and my voice is just one of hundreds of millions. So if enough citizens want Old Glory ousted, perhaps we can tap into one of our most essential Constitutional privileges – and vote on it.