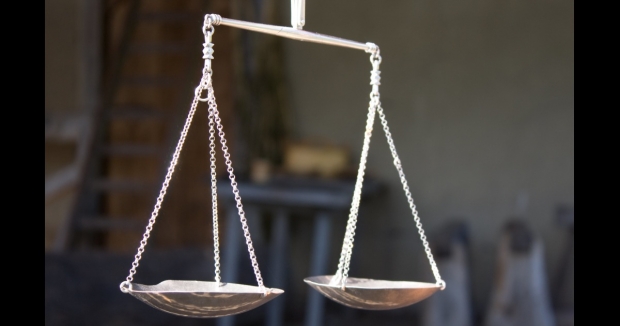 As the most recent impeachment of Donald Trump progresses, it becomes increasingly difficult to watch as many Republican senators attempt to balance their principled outrage regarding the events of January 6 with the political realities of the consequences that acting on their principles could bring down up on them. In the next few days, this chapter in the ordeal of the Capitol will have passed. And then it will be the Democrats’ turn to confront a similar moral and political balancing act.

First things first: it’s almost impossible to imagine a scenario in which 17 Republican senators would vote to convict Trump. By framing the argument as a partisan debate rather than a dereliction of presidential duty, GOP leaders have effectively provided their members with a get-out-of-jail-free card that allows them to cast their vote for acquittal on debatable constitutional grounds rather than as a defense of Trump’s behavior as an instigator of the riot. The question of whether a former president can be impeached is a thin reed on which to cast a “no” vote, but the real motivation for all but the party’s most die-hard Trump Senate supporters is the tacit recognition that large portions of the Republican base are still fiercely loyal to the former president and that a senator that votes for conviction would face their wrath in the form of a future primary opponent or other types of unpleasantness and discomfort.

So as wrenching as the videos shown by the House impeachment managers and as thorough as their chronicling of Trump’s statements and action before and during the violence may be, most Republican senators will stand with him. Some may pay political consequences for their actions in the future, but most will cast their votes knowing that aligning with the pro-Trump wing of the party seems like the least difficult palatable option.

And then the possibility of punishing Trump for his conduct will have passed.

Or will it? There is a growing school of thought among constitutional scholars that there is a potential alternative to an impeachment conviction and subsequent vote to forbid him from running for office again in the future that could have the same practical impact. A provision of the 14th Amendment, passed in the aftermath of the Civil War primarily to ensure that former slaves can not be deprived of their citizenship. But a lesser-known provision bars anyone who has “engaged in insurrection or rebellion” against the United States or who has given “aid and comfort” to its enemies from holding office.

This language was originally drafted to apply to former Confederate leaders, but the impeachment charge against Trump cites his alleged “incitement of insurrection” for his role in the events of January 6. This penalty can be applied with a simple majority vote of both houses of Congress, which means that Democrats could take this step without any Republican support at all.

The question is whether they will. Public opinion polling shows that while large and growing majorities of Americans disapprove of Trump, they are not nearly as vehement on his impeachment or conviction, which means there are a lot of swing voters out there who want to see Democrats focus their attention on matters of public policy rather than on a disgraced former president (which is essentially Joe Biden’s position.) By voting to prohibit Trump from running for office again, the Democrats might be sending a message to a key segment of the electorate that revenge against Trump is more important than fighting Covid, promoting job creation and other kitchen-table issues that occupy the attention of most Americans.

One added consideration for Democrats considering this move is the Senate filibuster, which requires sixty votes to cut off Senate debate and pass most legislation – including this one. But while convincing 17 Republicans to vote for Trump’s conviction is a very tall order, getting 10 to side with Trump’s critics to allow the vote to proceed seems much more plausible. Six GOP senators sided with Democrats in Tuesday’s vote on the constitutionality of the trial and a handful of others have announced their intention to retire next year. So getting to 60 votes is entirely doable.

The question for Democrats is whether they want to. They have made it clear that they want Trump removed from office on principle. Soon we’ll see whether the possibility of political backlash has any impact on their resolve.

Want to talk about this topic more? Join Dan for his weekly webinar “Politics In The Time of Coronavirus” on Tuesday mornings at 11 AM PST. You can register for it here. https://www.lawac.org/EventDetail/eventid/30832. Or read more of Dan’s writing at: www.danschnurpolitics.com.