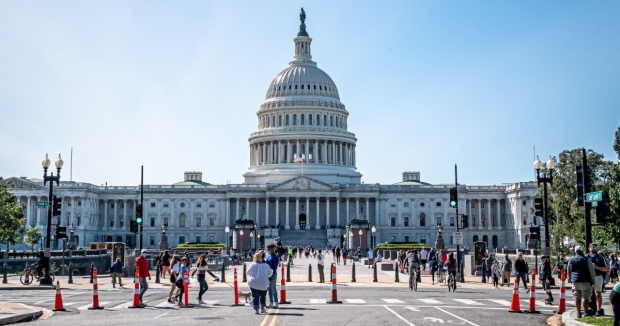 As it now stands, Joe Biden will be the first incoming president since George H.W. Bush in 1989 to take office without his party holding full control of Congress. Biden would be the first Democratic president since Grover Cleveland to be sworn in without both the House and Senate on his side. Although the smart money projected that last week’s elections would bring in a Democratic Senate majority, it now appears likely that Republicans will maintain control of that body — which would enormously complicate Biden’s life.

If Democratic candidates win both runoff elections in Georgia next January, then the Senate will be split 50-50, giving Biden the narrowest majority possible and ensuring that Kamala Harris will spend more time in that chamber as Vice President than she did as a sitting senator. But with moderates like Joe Manchin of West Virginia and Kyrsten Sinema of Arizona in the Democratic caucus (not to mention two newly-minted Senators from the newly but deeply purple state of Georgia), Biden won’t be able to rely on that whisper-thin majority to consistently toe the line for him.

The result is that Mitch McConnell is going to play an outsized role in Biden’s (and the nation’s) life for the next two, possibly four years. The immediate reaction of most Democrats will be abject horror, as they ponder how an election they predicted would usher in a new progressive era could instead lay the groundwork for the worst partisan gridlock imaginable. This is the same McConnell who rushed Amy Coney Barrett onto the Supreme Court before this election, who kidnapped Merrick Garland’s Court nomination four years ago, and who in 2010 said that making Barack Obama a one-term president would be a top priority.

But this is also the same McConnell who, throughout the Obama Administration, frequently worked with Biden to forge necessary compromises on budgetary and other critical legislation. They were regularly excoriated by the bases of both their parties for their treason, but both men had been in Washington long enough to remember a time when even the most bitter partisan foes could occasionally put aside their differences to accomplish necessary goals.

Between the two of them, Biden and McConnell have over 70 years of Senate experience. Biden saw Ronald Reagan and Tip O’Neill team up to save Social Security. McConnell watched Bill Clinton and Newt Gingrich work together to balance the budget. Bipartisanship has certainly never been the first option for either of them, but both possess sufficient muscle memory to know how to reach across party lines when necessary.

This was also the same McConnell who held a news conference the day after the election in which he seemed noticeably unbothered by the probable outcome. He referred to Biden as his “good friend,” and after spending the last several months studiously ignoring the COVID-19 coronavirus relief negotiations between Nancy Pelosi and the Trump Administration, called for a stimulus package to be passed before the end of the year.

This offer represented neither philanthropy or civic-mindedness, nor will it closely resemble the deal that either Pelosi or Biden would draft. McConnell will demand strong liability protections for business, schools and hospitals, which have been a non-starter for Democrats all year long. But Biden will have to consider whether that concession is an acceptable tradeoff for hundreds of billions of dollars of financial support for local and state governments. In case we’ve forgotten, that’s the way government is supposed to work. No one gets everything they want, but both sides get what they need most.

I’m not an ingénue. But I am an optimist, albeit a cautious one. The same formula could work for the two men on other issues, such as infrastructure, police reform, and green energy investment. McConnell won’t want to work with Biden on everything or even most things. But the possibility that they can find common ground on even some matters would represent the type of progress that less experienced presidents and congressional leaders fail to achieve.

Neither progressives or conservatives will be thrilled with these types of outcomes, but voters who have long ago lowered their expectations for effective governance might.

Want to talk about this topic more? Join Dan for his weekly webinar “Politics In The Time of Coronavirus” on Thursday mornings at 11 AM PST. You can register for it here. https://www.lawac.org/EventDetail/eventid/30804. Or read more of Dan’s writing at: www.danschnurpolitics.com.