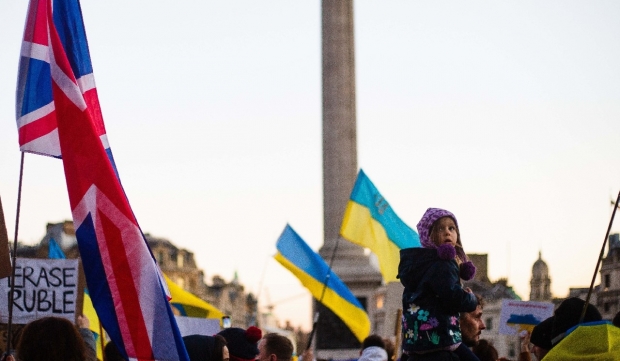 It’s a truism in American politics that voters pay little attention to foreign policy when casting their ballots. In the early stages of a foreign conflict with broad popular support, the party in power will usually realize some short-term benefit. And when public backing for the war drops, incumbents are likely to pay a political price. But for the most part, U.S. politics tends to stop at the water’s edge.

But there’s an increasing likelihood that our country’s role on the world stage may play an important role in this year’s midterm elections. Concerns about inflation and abortion will drive most voters’ decisions, of course, and the two parties are also working hard to raise concerns about crime, immigration, gun violence and other domestic issues. In fact, it wouldn’t be all that surprising if entire congressional campaigns concluded without either candidate running a single advertisement on international matters.

But we also know that the popularity of the incumbent president has historically been one of the most influential forces in midterm elections, as voters often make their decision in down-ballot races based as much or more on their feelings about the current occupant of the Oval Office than their more limited knowledge of lower-profile House and Senate candidates.

That’s why it’s so important to keep an eye on Joe Biden’s approval ratings, which while still mired at near-historic lows, have been gradually rising over the last few months. Biden has undoubtedly benefited from the steady decline of gasoline prices and it’s very clear that the continuing controversies surrounding former President Donald Trump have helped Biden too. But many swing voters turned to Biden in the 2020 election because of their belief in his experience and perceived competence, and those general opinions are formed more by broader impressions than any particular issue.

So when the Biden Administration was widely perceived to have botched the American withdrawal from Afghanistan last year, the president’s favorability ratings took a big hit. Most voters agreed with Biden’s decision to end that war after twenty years, so their disappointment was not based on the merits of Biden’s commitment to bring our troops home. Rather, they felt let down because they had been led to believe that Biden’s years of work on international policy had prepared him to handle situations like these much more effectively than they saw here. Feeling misled, they took it out on the president.

Months after the Afghanistan debacle, events conspired to give Biden a chance to redeem his reputation. As Vladmir Putin prepared to invade Ukraine, the American president effectively organized an international coalition in opposition to the Russian invasion. Over the months of conflict, Biden has provided direct U.S. military and financial support to Ukraine, allowing their war effort to achieve unexpected success. His foreign policy team has also worked to significantly expand global backing for Ukraine by capitalizing on the growing resentment among southern hemisphere nations toward Russia for growing food shortages caused by the war. At the United Nations last week, it was obvious thar what was once largely a U.S-Europe alliance has grown considerably.

American voters are not following the events in Ukraine very closely, but they do have an overall sense that Biden is doing a good job and that his extensive experience has been the key to the positive outcomes there. The war is a long way from being over, and it’s still entirely possible that Russia’s sizable military advantage will ultimately prevail and that Putin’s efforts to choke off Europe’s energy supply will create cracks in the existing coalition. But the momentum is strongly with the Ukrainians right now, and there’s little sign that will change between now and early November.

Make no mistake: domestic policy issues will have a much greater impact on the election’s outcome, as will voter reaction to Trump’s ongoing adventures. But if Ukraine continues to head in the right direction (and there is no major international flare-up with North Korea, Iran or another global hot spot), then it’s more than likely that a restored American presence on the world stage – accompanied by a renewed sense of normalcy and stability – will continue working to Biden’s benefit. And that, in turn, may buoy Democratic candidates who up until now have been keeping their distance from him on the campaign trail.