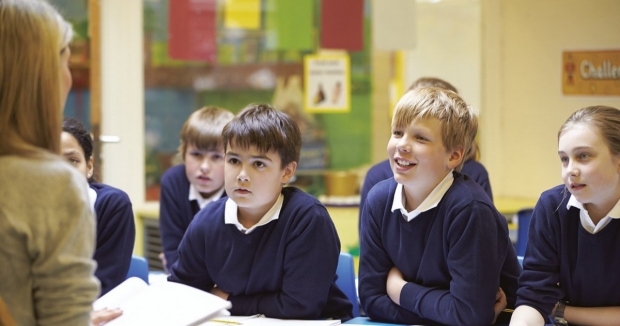 In a better and less polarized world, we would be able to discuss the best way to educate our children without the debate devolving into insults, demagoguery and race-baiting . But in 21st century America, this is the way we do things.

As we discussed in this space last week, there are many reasons that Republican underdog Glenn Youngkin pulled off the upset to be become the Commonwealth of Virginia’s first GOP governor in twelve years. But the unexpected emergence of public education as a top-tier issue in the campaign may be the one that has the broadest impact on the national political landscape during next year’s critical midterm elections.

Education has been a reliable vote-getter for Democratic candidates for most of the modern era of politics, but Youngkin’s ability to reframe the discussion as one of parental involvement in their children’s schools lured many suburban voters who had abandoned the GOP during Donald Trump’s presidency back into the Republican fold. National conservative leaders rapidly swooped on the issue, and within days Republican congressional leaders had begun to emphasize public education as one of their key platform items in 2022.

Polling and exit interviews with voters suggested that much of the parental frustration into which Youngkin tapped first originated during the extended school shutdown caused by the coronavirus. Those parents watched as stores and restaurants reopened – along with many private and charter schools – while their children enrolled in public school continued to rely on Zoom-based remote learning. Even now that students have returned to the classroom, the long-term learning loss and the accompanying emotional and psychological damage have kept that anger fresh.

But another curricular dispute, this one over how the history of race relations and civil rights is taught in Virginia schools, quickly took center stage. Critical Race Theory (CRT) is an academic movement forwarded by civil rights scholars and activists as a way to describe the systemic racism in American society. Despite what many conservatives say, CRT is not taught in elementary or secondary schools. Despite what many liberals say, it does influence the way many public schools discuss race-based issues with their students. And because contemporary politics seems to require that intricate and sensitive subjects must be argued in the most combative and confrontational way possible, the result was an unnecessarily inflammatory brawl over which side was more responsible for exploiting racial tensions in a state still grappling with its own difficult history on these issues.

On this scorched-earth landscape, one group of zealots argues that America is an irredeemably racist nation whose history is defined by white oppression against subjugated minority populations. Another group of extremists argues that all traces of racism have long been eradicated and that schoolbooks should overlook past transgressions and focus only on the more uplifting aspects of the country’s past. One side posits that America is pristine and perfect, the other that we are evil and immoral.

Somewhere in between lies a more accurate and more valuable perspective, one that would allow students to learn that the United States has accomplished extraordinarily positive achievements since our founding, but that we have made grievous mistakes as well. We can be proud of our successes and learn from our failures, and teach our future generations of leaders of both aspects of their illustrious but flawed heritage.

But that conversation would require nuance and negotiation. It would need cooperation and compromise. And that’s simply not the way American politics works today.

There are many other ways for politicians to appeal to the concerns of public school parents. Virginia is one of many states where school administrators have begun efforts to reduce the number of accelerated and advanced learning opportunities for talented students, on the premise that these courses exacerbate educational inequity for children from disadvantaged backgrounds and marginalized communities. Some parents are concerned about their children being exposed to sexual or violent content at what they see as an inappropriately early age. Others worry that depriving their children of exposure to difficult and unsettling topics can stunt their educational progress and growth. These are difficult – but resolvable – issues.

But they are also complicated. Critical Race Theory, on the other hand, seems much more simple. So prepare for both parties to export this argument to dozens of swing states next year. Because it is much easier to trade insults and racially-charged invective than setting aside partisan weapons to construct a public school system that can effectively serve its students.