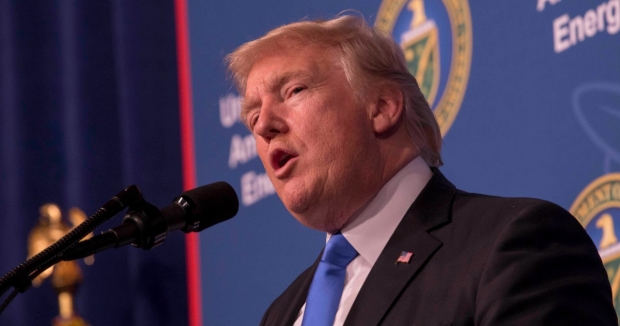 Donald Trump’s latest attempt at performance art has just arrived, in the form of his announcement of a lawsuit against Facebook, Twitter, Google and their CEOs under the dubious grounds that their decisions to ban him from their platforms represented a violation of his First Amendment right to free speech. Legal experts from across the ideological spectrum were dismissive of his chances in court, correctly pointing out that these are private sector companies and not government entities and therefore are under no legal obligation to provide a platform for individuals who violate their terms of use.

But think about Trump’s lawsuits less as a legal strategy than a political tactic, and they begin to make more sense. The former president’s team was sending out fundraising appeals touting the suits within hours after they were filed and his allies quickly flooded cable TV and social media in support of his claims. This approach reflects Trump’s latest effort to leverage the concept of “cancel culture” to his most loyal supporters, who feel that their voices have also been marginalized from mainstream political and societal debate.

This is just the latest in a series of resentments that Trump has skillfully fostered over the years, but the idea that a policy or political argument has been suppressed rather than defeated is an attractive and a convenient one. It relieves true believers of the responsibility to craft an effective and persuasive message which might attract broader popular support. They can instead rationalize that their side didn’t lose because the voters rejected their proposals, but rather that those ideas were forbidden entry into the public discourse. (Which is in turn a variation of the “they cheated” message that Trump has employed since his defeat last November. In both cases, he reassures his followers that they would have won a fair fight on a level playing field, and lost only because the contest was “rigged.”)

But the “cancel culture” message is an increasingly potent one among many alienated voters, and it will clearly be a driving force for the pro-Trump wing of the GOP for the foreseeable future. So get used to hearing aggrieved advocates arguing that their beliefs have been unfairly censored in the name of political correctness, “woke” culture or similarly oppressive societal forces.

Let’s start with a definition. According to Wikipedia, cancel culture “is a modern form of ostracism in which someone is thrust out of social or professional circles – whether it be online, on social media , or in person. Those subject to this ostracism are said to have been ‘canceled.  The expression ‘cancel culture’ has mostly negative connotations and is commonly used in debates on free speech and censorship.”

Many of us first became acquainted with the concept (if not the term itself) on college campuses, where progressive students and faculty would protest and sometimes interrupt speakers who discussed topics they found unacceptable. This type of interference and disruption was usually directed toward conservative speakers, with an especially intense focus on those who espoused support for the state of Israel.

But more recently, the concept has become much more popular in conservative circles, among those who claim their beliefs are being suppressed. Trump’s lawsuits are the latest escalation of this argument, although Trump himself appears to be riding this particular cultural wave rather than provoking it.

But whether this contention comes from the right or the left, it represents a fundamental tension in public dialogue. On one hand, the First Amendment right to free speech is enshrined in our Constitution. But the competing imperative of allowing members of our community to not be subject to hateful or harmful speech can potentially complicate this discussion. There’s a clear benefit for us to be exposed to uncomfortable or objectionable ideas, but considerable harm can be inflicted on those who are forced to listen to hateful invective directed at them.

Much of this damaging language is unintentional, and can best be addressed through open conversation. But some is deliberate, and we’ve learned throughout history that prohibiting such speech doesn’t eliminate it, but rather drives it out of public view until it reemerges when another opportunity for political or verbal combat presents itself. Navigating this challenge isn’t easy. But holding these ideas up to the light for public discussion and dissemination is a much more productive way of dealing with such a serious challenge that Trump’s legal sideshow. 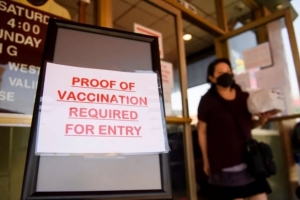 Students Return to Schools Amid the COVID-19 Pandemic