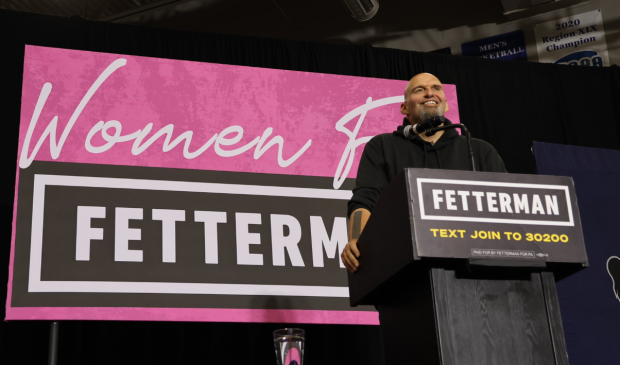 The Democrats seem poised to keep control of the U.S. Senate. The only ones who can stop them are Democrats.

Earlier this year, it appeared that Republicans were all but assured to regain the Senate majority in November. Midterm elections are notoriously difficult for the president’s party, and both Joe Biden’s approval numbers and consumer confidence were scraping bottom. The biggest question seemed to be not whether the GOP would gain seats but rather how many.

Several months later, the political world has turned on its head. Inflation is down, the Supreme Court’s overturn of Roe vs Wade has motivated pro-choice Democrats and Biden’s recent string of legislative successes have resuscitated his public support. At the same time, the January 6 congressional committee investigation and the FBI’s search of Donald Trump’s Mar-a-Lago resort for missing confidential documents have combined to raise Trump’s profile, making it easier for Democrats to frame the midterms more favorably as a Biden-Trump rematch rather than an up-or-down referendum on the incumbent president.

But the greatest advantage for Democratic prospects has been the Republican candidates who have emerged in contested primaries, many of whom have struggled to adjust to general election campaigns and are putting winnable seats at risk. GOP leader Mitch McConnell has publicly admitted his doubts about the likelihood of regaining the Senate majority and conservative donors are looking for other places to send their contributions. Respected non-partisan analysts are calling Senate control a toss-up, and some are now predicting increased Democratic majorities.

As important as it would be for Biden to maintain a 50-50 Senate (with Kamala Harris continuing as the tie-breaking vote), the possibility of a two-seat pickup is almost as tantalizing, as it would allow the slightly enlarged Democratic caucus to overrule Senators Joe Manchin and Kyrsten Sinema to suspend the filibuster. None of this is a certainty, of course, but as Trump continues to command voter attention and the abortion issue roils the political landscape, the path to that enhanced majority is becoming gradually more apparent.

But just as Republicans have been frustrated by the performance of some of their nominees, there are Democratic standard-bearers in the key swing states of Pennsylvania and Wisconsin who have the potential to upend their party’s prospects. The party’s internal battles between progressives and centrists raged throughout the primary season, and in these two critical races, two liberal Lieutenant Governors who won their state’s Democratic nominations could very well end up putting their party’s majority at risk.

The more visible of the two candidates – both physically and politically -- has been John Fetterman, the tattooed behemoth who run an unapologetically left-leaning primary campaign but suffered a stroke in the days before the primary election. Fetterman’s base of support was so strong that his illness did not put his nomination in any jeopardy, but his extended absence from the campaign trail in the months after the primary has now raised questions about his health and his ability to serve. His opponent’s campaign may be overplaying their hand by their frontal attacks on a person’s medical condition, but Fetterman’s inconsistent descriptions of his condition and his recurring struggles to articulate in public events should give Democrats some level of concern that one ill-timed health episode in the campaign’s closing weeks could cost them a Senate seat necessary for their majority.

The Badger State’s lieutenant governor, Mandela Barnes, is perfectly healthy. But like Fetterman, he represents the party’s aggressively ideological base. In the past, Barnes has called for the abolition of cash bail, posed with an “Abolish ICE.” t-shirt, and publicly praised liberal firebrand Ilhan Omar as “brilliant”. Barnes has distanced himself from those previous episodes, but all provide compelling fodder for Republican attack ads and could turn off the state’s sizable contingent of swing voters.

Both Fetterman and Barnes faced centrist opponents in their respective primaries, who they dispatched without much difficulty. Both are strongly favored against GOP opponents who have staked out unapologetically conservative positions that have alienated many voters in their respective states. If they both survive, the Democratic Senate majority will as well.

But if one or both come up short, it will be worth asking whether Pennsylvania and Wisconsin Democrats might have been a bit more careful with their nominations. Republicans have deeply harmed their prospects this year by choosing candidates much better suited to primary campaigns than general elections. If Democrats do sacrifice the opportunity they’ve been given , it will be for doing the exact same thing.