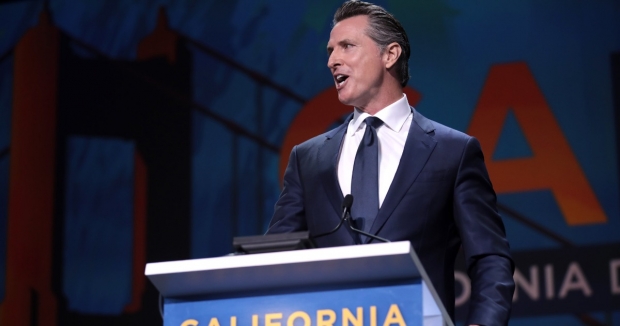 When Arnold Schwarzenegger was elected after California’s last gubernatorial recall election in 2003, the state was already deep blue. Eighteen years later, it has turned positively indigo. So there are limited lessons to be learned by other candidates in more competitive purple states from Gov. Gavin Newsom’s triumph over a Republican-led recall effort.

But the strategy that Newsom’s team employed to beat back the attack on his governorship can provide valuable guidance to his fellow Democrats as they formulate their strategies for next year’s midterm elections. Newsom began the recall campaign on the defensive, trying to explain his inconsistent oversight of the pandemic, his shutdown orders and his decision to join lobbyist friends for an expensive dinner at a Napa Valley restaurant at the same time he was telling Californians to avoid such gatherings.

It was only after that ill-considered dinner that energy for the recall began to build. But over the months, Newsom was able to transform what could have been a near-fatal political weakness into a considerable strength. Last spring, public opinion polls showed that barely one third of the state’s voters approved of his efforts against the virus. By the beginning of September, that support had almost doubled.

Much of this was for reasons beyond the control of Newsom or any other politician. Most important was the availability of vaccines, which meant that the most onerous measures that Newsom has recently imposed on most Californians was mandating masks in public places. The statewide shutdowns of 2020 and early 2021 caused immense economic, societal and political upheaval. By comparison, mask requirements meet with much less disapproval from state voters.

Newsom was also helped by the onset of the Delta variant. Last spring, when California and most of the rest of the country had begun to re-open, there were fierce debates about whether states with stricter requirements like California had more successfully weathered the virus than states such as Florida and Texas that had avoided more stringent measures. But as the new strain of Covid ravaged non-vaccinated communities across the country, the disparity between cases, hospitalizations and deaths became much more pronounced. By late summer, vaccinated Americans were becoming increasingly frustrated with those who resisted the shots, and that resentment has manifested itself into significantly greater public support for mask and vaccine mandates.

Newsom seized on these changing attitudes and used them to transform the recall campaign from an up-or-down referendum on his record into a choice between himself and opponents who he characterized as anti-mask and anti-vaccine. His most visible foe was conservative talk show host Larry Elder, but Newsom also aggressively contrasted himself with Republican governors whose red states were suffering a much worse toll than California at the hands of the Delta variant.

Newsom beat the recall by a landslide, roughly the same margin by which Joe Biden defeated Donald Trump here last November. But the manner in which he embraced Covid-related mandates was instructive, and while heavily-Democratic California has been more receptive than much of the country to this type of restrictive approach since the pandemic’s inception, Newsom’s strategy may be very relevant in more contested races next year.

Unlike presidential campaigns, which rely on the two parties persuading undecided voters in the political center to move in one direction or the other, the primary goal in midterm elections is to motivate a party’s base to turn out in large numbers. Newsom barely acknowledged his state’s swing voters for most of the recall: his focus was almost entirely on the need to excite Democratic loyalists. A president’s party almost always loses seats in a midterm election as a result of relatively uninspired supporters, so Newsom’s embrace of stricter Covid restrictions may be just what Democratic candidates in purple states need to turn out their own voters next year. We don’t yet know how centrist voters will feel about mandates by next November, but it’s a good bet that progressive voters will still be strongly supportive. Which could makes for a very savvy turnout plan.

A more aggressive approach will anger conservative voters too. But the GOP will already have a motivated base: Newsom demonstrated that forcefully moving on mandates clan close that gap.

Of course, this will require continued cooperation from Republicans, who like Elder and Trump, will need to continue to minimize the impact of the coronavirus in their states. Until Republicans decide to address Covid more seriously, Democratic candidates will be able to use that GOP diffidence to turn out their vote -- and potentially to retain their congressional majorities.