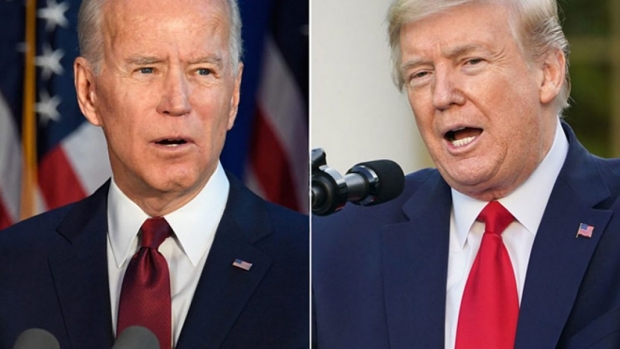 Since 2012, more Americans have identified a growing divide between Democrats and Republicans. In a Pew Research Center survey conducted in January, 91 percent of participants said conflicts between the party coalitions are either strong or very strong, and larger numbers within each party associated negative traits with members of the opposing party. This divide, accelerated in recent years, has mirrored rising polarization in the United States.

Here's a brief overview of both Donald Trump and Joe Biden's stances on polarization and unity, plus quick links to articles covering the topic from across the political spectrum as determined by our AllSides Media Bias Ratings.

In the last presidential debate, both candidates were asked what they'd say to people who didn't vote for them. President Donald Trump outlined a plan to recover from the COVID-19 pandemic and to get the country back to where it was before the pandemic. “Success will bring us together,” Trump said, touting the minority unemployment rate before the virus.

At this year’s Fourth of July event at Mount Rushmore, Trump put forth unifying themes while also criticizing "radical ideology" for seeking to "transform justice into an instrument of division and vengeance."

At the last debate, Biden said he’d tell those who didn’t vote for him that “as the American president, I represent all of you, whether you voted for me or against me, and I’m gonna make sure that you’re represented.” He spoke of accomplishing unity by attempting to fix inequality through boosting the economy and eradicating systemic racism.

Throughout his campaign, Biden has billed himself as the candidate that would unify the nation, speaking of "a house divided" and the need to bring unity to “heal” the nation at a recent speech in Georgia. In April, Biden made remarks during an online fundraiser saying he was unlikely to reach Trump’s base, and arguing that some of the president's most committed adherents “support the notion” of creating division.

Quick links analyzing their stances on unity and polarization:

PBS Newshour:
Biden and Trump on what they’ll say to Americans who didn’t vote for them

Daily Beast:
Trump vs. Biden on the issues: Racial justiceJoe Biden’s Closing Plea in Georgia: Help Me ‘Unite and Heal’ the Country

”US PRESIDENTIAL POLLS” by apnlivedigital is licensed under CC BY-NC-ND 2.0