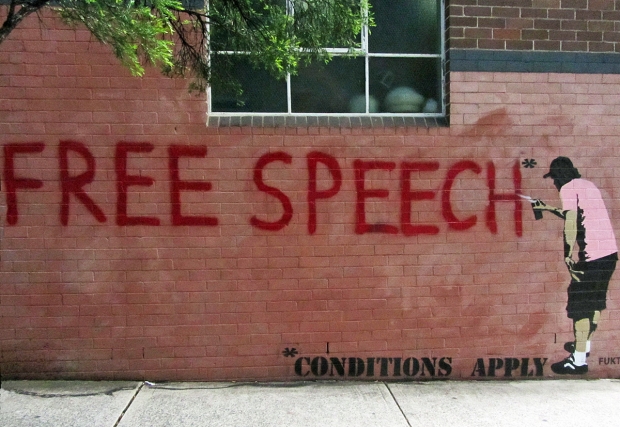 Are you willing to give up the right to express yourself if others find your thoughts offensive?

In a satirical short video by movie producer Ami Horowitz, students at Yale University were asked to sign a petition to repeal the First Amendment. In under an hour, Horowitz was able to collect signatures of 50 students who would gladly give up their right to free speech.

“Hurting someone’s feelings should not be protected by free speech,” Horowitz contends to the students. “You shouldn’t have to be exposed to things you don’t want to hear.”

Many concurred. Sensitivity is generally a laudable goal. But students missed the irony that, in the drive to be considerate and tolerant, they were willing to curtail the freedom of those with whom they disagree.

In other words, they’re being intolerant.

It’s easy to offer free speech to those with whom you agree. True tolerance, however, can be painful and difficult. For example, if you’re a heterosexual who has no problem with gay marriage, you’re not being tolerant by allowing a homosexual a voice: you both see eye to eye. Tolerance in this case would be acknowledging the right of a religious conservative to argue why same sex marriage should be illegal.

The problem is, allowing someone the freedom to express a controversial point is always distressing to someone. If we tried to shield everyone from every opinion that went against their sensibilities, there would be little left to say.

Acknowledging that everyone, no matter how abhorrent their opinion, has the same right to free speech as you doesn’t condone their viewpoint in any way. You may find no merit in their perspective, but the fact that their arguments may be wrong or upsetting to someone isn’t just cause for silencing them.

College campuses used to be known as a place for robust debate and the exploration of new ideas. But the tide has shifted. A drive to be highly ethical and compassionate has created a new priority on campus: protecting students from being made to feel inferior or marginalized. However, these protections are usually only extended to particular groups. But who gets to choose which groups should be afforded this protection?

For example, conservative speaker Suzanne Venker preaches the benefits of being a stay-at-home wife supported by a husband’s income. Her invitation to speak at Williams College was rescinded when feminist groups complained that her message was insulting. The invitation was eventually reinstated amid controversy. When we don’t have the chance to hear opposing viewpoints, we have no opportunity to question what we’ve been told, says Venker. “It should tell you something if you’re afraid to engage or hear an alternative view… People aren’t thinking critically.”

Safe spaces and hate speech have been hot topics in the media as well as on college campuses. Safe Space Network describes a “safe space” as a place to “fully express, without fear of being made to feel uncomfortable, unwelcome, or unsafe on account of biological sex, race/ethnicity, sexual orientation, gender identity or expression, cultural background, religious affiliation, age, or physical or mental ability…and strongly encourages everyone to respect others.”

It’s fine to create a place or an organization in which like-minded people can support each other and their mutual ideas. And in general we want to encourage a civil society where people don’t callously insult one another. But there’s danger in trying to designate a whole campus or the general public as a “safe space.”

We may find that the power to silence others can also be turned on us.

The truth is, only free speech will save us from being oppressed and marginalized.

As the mock Yale petition demonstrates, there are smart young people who believe that allowing the government to monitor our speech will protect the oppressed and keep us from mistreating each other. It will not. We can’t be truly tolerant if we’re not able to tolerate hearing ideas that challenge our beliefs. When we use censorship to shield ourselves and others from uncomfortable ideas, we all run the risk of being marginalized.