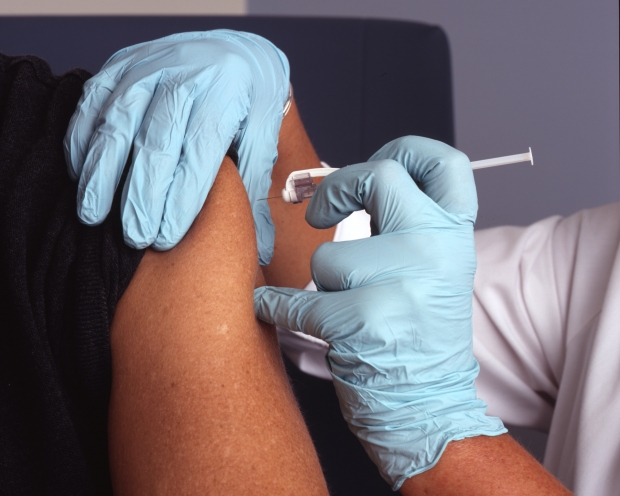 This piece is from a writer rated Lean Left.

Editor's Note: This is a letter of feedback we received on the recent piece, Media Bias Alert: Headlines on Vaccine Passports Show Distortion. We always encourage feedback in order to ensure we display balanced perspectives. This viewpoint is from someone with a Lean Left bias.

First and foremost, thank you for everything that you do. The effort your organization has put forth in the quest for less bias news is admirable. To be honest, AllSides is my go-to for news now, and I continue to encourage all of my students to download your app.

Recently, Julie Mastrine wrote an article titled, "Media Bias Alert: Headlines on Vaccine Passports Show Distortion."" One of my favorite things that you do as an organization is attach the author's bias rating to all blog/perspective pieces. In this article, however, Ms. Mastrine commits some of the same errors that she has criticized other outlets for making.

For example, the subsection titled, "Concerns about Mandatory Vaccines Not New", Ms. Mastrine selects two claims from left-leaning sources, committing her very own definition of "bias by omission". By selecting these two stories and these two only, she neglects to recognize the actual conspiracy theories around Covid-19 vaccines that were pushed by many conservative-leaning news outlets (including Tucker Carlson - Right bias).

Carlson has claimed that the efficacy and safety of the vaccines was highly questionable, pushed borderline conspiracy theories (claimed Bill Gates has "extraordinary powers" and that the government was pushing vaccines as sort of "social control") and invited guests like Alex Berenson on to his show (known/well-documented covid-19 conspiracy theorist). By choosing a headline from the Media Matters of America that may have painted Carlson in a haphazard conspiratorial image, Ms. Mastrine omitted the fact that Carlson often spins, stretches, and omitts information in order to fit his narrative.

Carlson employs continued questioning or promotion of the questioning of the efficacy of the vaccines, ignoring the rigorous (albeit condensed) research that has been performed before FDA emergency use authorization. He also ignores the fact that previous vaccines like Salik's polio vaccine was developed roughly 1-2 years before it was administered in mass in 1954. In fact, Salik's vaccine received even less scrutiny than the Covid-19 ones did, having passed through licensing in 2.5 hours. Pretending that there is some sort of conspiracy without actually saying it, he is, once again, obfuscating the claim he wants to say (don't take the vaccine) through rhetorical questioning and typical conspiratorial thinking ("deep state").

Realistically, any account of Carlson should include a reminder that his legal defense, in court, was that, "the 'general tenor' of the show should then inform a viewer that [Carlson] is not 'stating actual facts' about the topics he discusses and is instead engaging in 'exaggeration' and 'non-literal commentary.'" Therefore, Ms. Mastrine, through story selection, created a false sense that Carlson was unfairly criticized for his concerns regarding mandatory vaccinations.

In that same sub-section, Ms. Mastrine goes on to claim that legally, vaccines are not mandatory, "but the answer is yes when it comes to some institutions." While some institutions do/will/may require proof of vaccination, Ms. Mastrine neglects to remind the audience that many of these same insitutions carry required immunizations. Some universities, for example, require students to get vaccinated for a myriad of bacterial/viral infections, especially if a student is going to be living on campus/in dorms. Once again, this is bias through omission, as it paints the covid vaccine passports as something entirely foreign/new to American society.

One can also find "mind reading" in the article as well. Primarily as a result of language use, this self-described type of media bias can most easily be seen when Ms. Mastrine says, "...so it makes sense that some people automatically assumed the verification is mandatory." While this statement is fair, it is nonetheless an example of mind reading, as described by Ms. Mastrine herself in her undated article "How to Spot 11 Times of Media Bias" (an article I have used in class). It also creates a sort of spin, highlighting the author's Lean Right bias, as it attempts to explain/brush-aside/justify the intentionally misinterpreted/sensationalist Daily Wire interpretation of Gov. Cuomo's press release. Other examples of spin and Ms. Mastrine's perspective can be found throughout the article, as well, outside that of the subsection "My Take: Mandatory Vaccine Concerns Are Justified, But Media Distortion Isn't".

Nonetheless, the important part that sets AllSides apart is the attempt to make a clear distinction when the author is going to be presenting their perspective. I would, however, like to see a lean-left editor/writer respond to Ms. Mastrine's take, as that would further benefit the community at large. It could even be a sort of dialogue, in which Ms. Mastrine and another writer trade takes covering the major pieces of the article itself. [Editor's Note: Our publication of this letter is our attempt to do just this!]

G.K. Smith is a public middle & high school history teacher. He has a Lean Left bias.