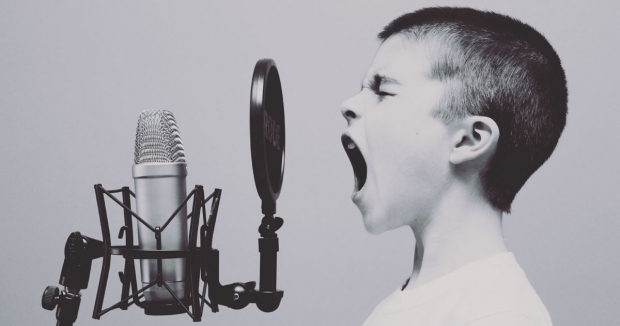 Free speech is protected by the First Amendment because it’s vital to sustaining not only free thought, but free action as well. Our freedom of speech means we can discuss ideas, call attention to any form of injustice in the system, and have no fear expressing what we think of the policies of people in power; all of which are crucial to the freedoms we enjoy.

Unfortunately, censorship—the biggest threat to all of the above—is rearing its ugly head once again, just like it did during the most tumultuous times in the history of the United States.

One only needs to take a look at what’s happening on college campuses to get a good glimpse of how this new culture of censorship works.

It has become pretty normal for protesting students to shout down speakers at public universities and chase lecturers away. Violence has even ensued during demonstrations. Because of this growing trend, President Trump issued an executive order requiring colleges and universities to create and enforce protections for free speech in order to receive federal research and educational money.

However, campuses frequently suppress any kind of speech that criticizes the administration, designate tiny “free speech zones,” or stage protests where participants shout out phrases like “free speech harms.”

With everything that’s going on, one can’t help but wonder if public institutions are allowing a free exchange of ideas, or if they’re just curbing speech that is intolerable, offensive, or just plain annoying to them.

And if you thought censorship was confined to colleges, then you need to know about Jon Kotler and his ongoing fight with the California DMV.

Kotler, a professor at the University of Southern California, filed a complaint against the California DMV for violating his freedom of speech after it denied his application for a personalized license plate with “COYW”, which stands for “Come on You Whites.” The plate was meant to be Kotler’s expression of support for his favorite soccer team, the Fulham Football Club. “Come on You Whites,” is the slogan used by fans of the London-based team as a rallying cry, and it refers to the white jerseys the team members wear.

But despite Kotler’s explanation, and context, the California DMV rejected the vanity plate, saying it potentially has racial connotations and could upset lots of drivers.

With the California DMV’s decision to reject the vanity plate, it shows that it’s trying to protect the public from every imagined offense. The question is, do drivers in California know what exactly it is the DMV is shielding them from? In all likelihood, the average California driver will have a hard time finding anything offensive or politically incorrect in various vanity plates rejected by the DMV. It makes you wonder then why the DMV would go to such lengths when the average person isn’t likely to find anything wrong with a phrase in the first place.

Speech will always lead to consequences. But if there’s one type of speech that is the most important to protect, it has to be offensive speech. When everyone agrees with a certain idea, no one will protest against it. On the other hand, objectionable, even despicable ideas are the ones that must be given a chance to be heard and subsequently challenged. Simply trying to silence offensive speech isn’t the way to defeat it. The best way to deal with offensive speech is to counter it with better speech. Our fear of offending someone can keep us from speaking up, and we must never allow that to happen.

Phillip Bader is the Social Media and Editorial Assistant at Pacific Legal Foundation. Phillip manages PLF’s digital platforms, and interacts with and expands PLF’s audience. He has as Center bias.