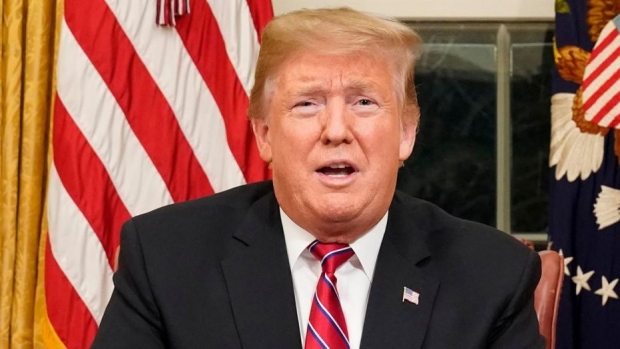 Negotiations between President Trump and prominent Democrats stalled this week as the partial government shutdown inches closer to becoming the longest in history, with leaders still at an impasse over funding for a wall at the southern border.
After giving an Oval Office address followed by a rebuttal from top Democrats, President Trump abruptly ended a meeting with congressional leaders on Wednesday when House Speaker Nancy Pelosi refused to agree to funding for a wall, with Trump calling the talks "a total waste of time."
As the battle drags on, some contend that President Trump is wrong on the basic facts, while others say that a wall would be an effective strategy to defuse what they argue is a growing humanitarian crisis over illegal migration.
From the Blog: A new study shows that political posts on social media that employ both moral and emotional language are far more likely to go viral, as seen with "clickbait" headlines that can be shallow and misleading. But these posts deepen polarization and further entrench users in their filter bubbles.
Check out some other big stories this week: Supreme Court Rejects Exxon Appeal in Climate Change Case; Felons in Florida Regain the Right to Vote; and Cyntoia Brown Granted Clemency After Serving 15 Years for Murdering Man Who Solicited Her for Sex.
Snippets from the Right
The mainstream media doesn't want you to know the facts about border security
Fox News Opinion
"The mainstream media bent over backwards to fact-check President Donald Trump’s Oval Office address on border security, yet the same media outlets regularly misstate facts and deliver propaganda to their viewers in pursuit of their liberal agenda.
...
'I can personally tell you, from the work that I have done on the southwest border, that physical barriers, that walls actually work,' said Brandon Judd, the president of the National Border Patrol Council, following brief remarks from the president.
'I worked in Naco, Arizona for 10 years,' Judd continued. 'We didn’t have physical barriers in Naco, and illegal immigration and drug smuggling was absolutely out of control. We built those walls, those physical barriers, and illegal immigration dropped exponentially.'
...
The evidence is clear: The mainstream media don’t want the American people to know the truth about the ongoing tragedy at the border, so they fill the airwaves with misinformation and then accuse President Trump and his supporters of lying when they state the facts that liberal journalists are so desperate to keep under wraps."
Snippets from the Left
Fact-checking Trump's immigration speech
CNN
"Trump: 'The wall will also be paid for indirectly by the great new trade deal we have made with Mexico.'
The President has made this false claim before.
Trump long ago abandoned his 2016 campaign promise that Mexico would pay to build a wall.
...
Trump: 'Every week, 300 of our citizens are killed by heroin alone, 90% of which floods across from our southern border.'
While Trump's statistics on heroin deaths are true, it's unclear what a border wall would do to reduce the amount of heroin coming across the border.
The CDC reported that in 2017 more than 15,482 people died from drug overdoses involving heroin in the US... However, the majority of heroin that comes across the southern border is smuggled in privately-owned vehicles and tractor-trailers at legal ports of entry, where the drug is co-mingled with legal goods, according to the DEA's 2018 annual drug threat assessment.
...
Trump: 'All Americans are hurt by uncontrolled illegal migration. It strains public resources and drives down jobs and wages. Among those hardest hit are African Americans and Hispanic Americans.'
There is some evidence that a small slice of the native-born workforce may see wage decreases because of undocumented immigrants competing for similar jobs, dragging wages down... But in general, economists have determined that immigrants -- undocumented or not -- tend to help American workers by serving in low-skilled jobs that create more opportunities for the native born to move into managerial and knowledge-based roles."
Snippets from the Center
Trump wall: President addresses nation on border 'crisis'
BBC News
"In an eight-minute live address on Tuesday night, he blamed the Democrats for the government shutdown.
The situation at the border was, he said, a 'humanitarian crisis, a crisis of the heart and a crisis of the soul'.
Mexico, he said, would pay for the wall through a revamp of the North American Free Trade Agreement, which is yet to be ratified. Economists have disputed this. Mexico has never agreed to pay for the wall.
...
Mr Trump correctly pointed out that Democrats including Mr Schumer had voted for a physical barrier to cover 700 miles (1,120km) in 2006.
...
Democrats argue that maintaining existing border fencing, using high-tech tools to scan vehicles at ports of entry and hiring more personnel would be cheaper and more effective than a wall."
Discover more on this topic on AllSides.
Politics, White House, Immigration, Border Wall, Government Shutdown, Donald Trump, Nancy Pelosi, Chuck Schumer, Illegal Immigration, Story Of The Week, News