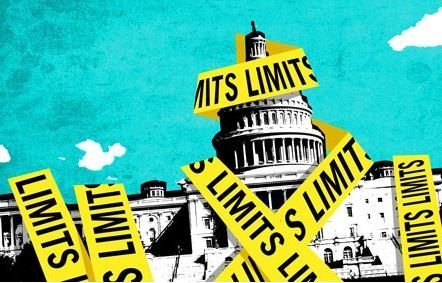 Though the answer is vitally important to our freedom and our way of life, this isn’t a question most Americans would ever consider.

So what’s more important?Perhaps your first reaction is that democracy should always prevail. But should majority opinion always be what drives our laws?

In fact, we must understand that democracy without limits can lead to oppression. Our failure to maintain strict control on the laws we pass could be catastrophic.

The American government was designed to defend the views of the minority as well as the the majority. Although we vote for our representatives in democratic elections, the word “democracy” doesn’t even appear in the Constitution. The United States is actually a “constitutional republic.”

Why is that important? Without protecting the rights of the minority, if 51% of the population decided that everyone should go to church on Sundays, or that it should be illegal to eat meat, then the majority could pass a law dictating how the rest of us had to live our lives.

Without limits on the laws government can write, absolute democracy becomes mob rule. An extreme example is Nazi Germany. With promises to revitalize an economically devastated nation, Adolf Hitler maintained wide, democratic popularity in a modern, highly educated nation. His party was allowed to tread upon the rights of others in the most extreme ways during his maniacal regime.

In America however, we have our Constitution and Bill of Rights to keep our government’s power in check. As long as we don’t harm others or infringe upon the rights of anyone else, Americans are deemed to be vested with inalienable rights that no one can take from us, no matter how many people or powerful politicians would like to do so.

But over the past century, our political focus has shifted away from defending liberty. Instead of focusing on the right of each person to pursue life the way he chooses, today our political focus is often partisan in nature. Our goal has become to increase the influence of our political party so that laws can be passed to make people conform to our own way of living.

Though we may be aware that technology, social norms and other influences have changed our lives significantly, we typically fail to recognize that the role of government has changed over the past century as well. The focus on the freedom to live and think as we choose has been replaced with an endless debate over whether society’s ills can be resolved from the left or the right. This has affected our political system and the very way we think about government.

Some believe the government should compel us to buy insurance, or monitor how much soda we can drink. Others feel government must decide whether a pregnancy can be terminated, or who we can marry. Should the government require us to carry papers at all times in case we’re an illegal alien? Should the government be allowed to listen in to everyone’s calls and read their emails in case they are selling illegal drugs?

Because we perceive our specific intentions as good, we fail to recognize that we support policies that often infringe upon the rights of others, or cost money that others haven’t agreed to pay. Of course laws and regulations are a necessary part of government, but the increasing role of government in America has been staggering.  We are governed in minute detail about we’re allowed to do, say, eat, drink, and purchase. Tens of thousands of laws dictate how we may pursue our livelihoods and our happiness.

How has government been able to proliferate?

Initially, the responsibilities of Congress were strictly limited to specific enumerated powers outlined in our Constitution. For over 150 years this kept legislators strictly in check.

But during the Great Depression of the 1930’s, Franklin Roosevelt wanted to increase the role of government in unprecedented ways. FDR and his Congress were required to prove the constitutionality of their New Deal programs. They did so by expanding the interpretation of the “general welfare” clause of the Constitution.

Article I, Section 8 of the Constitution says, “The Congress shall have power to lay and collect taxes and duties, … provide for the common defense, and promote the general welfare of the United States.”

During FDR’s administration, the courts interpreted the phrase “promote the general welfare of the United States” to mean that Congress could pass a law for any purpose, regardless of whether the issue fell under a constitutionally enumerated power, as long as legislators deem it to be in “the general welfare” of Americans. For the first time in our history, this small clause was used to allow Congressmen to pass any legislation they deemed desirable.

One must wonder if it’s possible that the Founding Fathers, who so cherished liberty and feared tyranny, would have included a clause in the Constitution permitting Congress infinite and uncontrollable legislative power. The wording of the clause concerned James Madison, who clarified that Congress was still restricted to only its constitutional duties when promoting the general welfare: “If the clause in question really authorizes Congress to do whatever they think fit, provided it be for the general welfare… it would subvert the very foundations, and transmute the very nature of the limited Government established by the people of America.”

Yet unlimited power to legislate is the premise the government is working with today. This has led to the explosion of federal laws in the past century. In 1938, so many New Deal laws had been created, the Code of Federal Regulations was established to keep the Federal Register updated.1,600 pages of laws were listed. By 1960, the CFR contained 23,000 pages. In 2014 the CFR was 175,000 pages. These regulations affect nearly every aspect of our lives and livelihoods, often imposed without complete understanding of their ramifications.

This increase in government power has led to the partisan paranoia we see today. When the party in power has the ability to vastly impact our lives, we have true reason to fear the other side. Our partisan battles become more than a difference in opinion, they become a fight for our way of life.

When we make political loyalty or particular causes our focus, we may forget to protect the liberty of all. Whether we are conservative or a progressive, and no matter how important we consider a specific cause, our first priority must be to vigilantly protect the constitutional rights of all Americans.

Democracy will not protect our freedom. The more power we vest in our politicians, the more they can use it against us when the majority isn’t on our side.