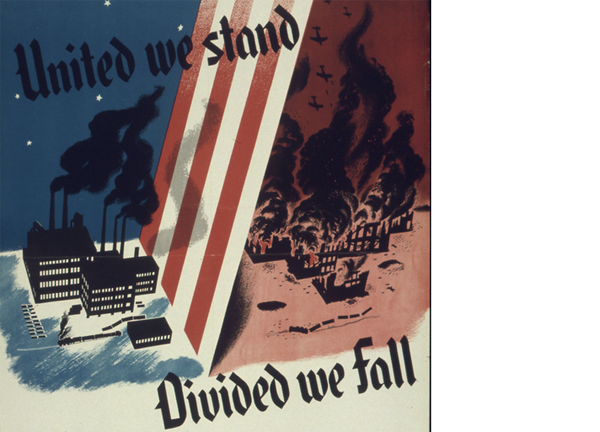 What do you think is the biggest obstacle facing Washington today? If you say it’s the ever- expanding ideological gulf between Democrats and Republicans, you’re not alone. Many Americans are disheartened, and see this issue escalating with no solution in sight.

But is divided opinion truly the problem? After all, this nation was founded upon the notion that Americans with very different views can all live freely together. The laws of our land were designed to allow each of us to enjoy our own manner of living and our own ways of thinking as long as we don’t hurt others.

So why have our differences become more problematic than ever before? Why so much animosity today?

The truth is, for a free republic to work effectively the only points we really need to agree upon is government’s proper role and the equal, inalienable rights of all Americans. It’s not our differences that are creating havoc, it’s the increasingly invasive role of our political system.

This isn’t a view we often hear. We won’t hear it from political parties, whose objective is to prove how misguided the other side is. We don’t hear it from the media. After all, discord is interesting, and conflict between Red and Blue sells papers.

America is sometimes called a melting pot, but a more accurate description would be a stew of very different perspectives and backgrounds. Some of us are carrots, others are potatoes. The blended flavors of all the varied people in our nation, our wide-ranging array of customs and backgrounds, talents and viewpoints, is what makes the United States so unique and wonderful.

But when government becomes the arbiter of morality, and is given the task of solving all society’s problems, it must encroach on our lives, whether it’s in our bedroom, in our pocketbook, or in our pursuit of happiness. Our differences become more than a disagreement. They become a fight for our way of life.

We’ll never all see eye to eye. Every liberal and every conservative believes with all their heart that they have morality on their side. They believe that the other side has a warped view of the world. Perhaps we need to consider that this isn’t only out of our control, but not necessarily an awful thing. It only becomes a sticking point when each group wants to create laws that encroach on others’ beliefs, regardless of how those other groups may feel.

We may believe we’re all for freedom, that is until we come across a freedom that we find personally objectionable. We’re not always mindful that we also champion laws that impose our moral code on others who think differently.

Perhaps we don’t want the government to control healthcare, but we do want to make sure it controls who we can marry. Or maybe we believe we all have the right to make our own decisions about abortion, yet we want to compel all taxpayers to subsidize abortions for the poor. In the name of caring for society, we may want government to dictate what we’re allowed to eat, drink and smoke, how much of our income we’re allowed to keep, what products we cannot buy, or what services we must be forced to purchase.

Chances are, there’s something on this list that you feel passionate about. We don’t need to compromise our personal beliefs or surrender our quest to help society. But we do need to reevaluate whether government control is always the best answer. When it comes to our philosophical disputes, a free nation must strive to not to infringe upon the liberty of those with whom we disagree, no matter how noble the goal.

Seldom do we consider that nowadays, our political focus is typically not on the freedom of each of us to live as we choose, but instead to make sure that our own political party gets its way. This creates more than just animosity between us, but outright fear of the other side.

Our Constitution was painstakingly written to protect American citizens from undue authority by government. In contemporary times however, the constitutional limits of the federal government have been significantly stretched. Instead of legislating within constitutional parameters, politicians often concentrate on finding ways around the rules.

According to a Pew 2014 survey, the share of Democrats and Republicans with a highly negative view of the other party has more than doubled in just the past 20 years. Many believe the opposing party’s policies “are so misguided that they threaten the nation’s well-being.”

We will never all share the same code of ethics. But if our politicians enforce individual liberty, tolerance and justice for all over their own personal agendas, many of the issues that have seemed to become unsolvable would suddenly become much easier to sort out.

Imposing our own morality upon others through political force is not only immoral, but un- American.

END_OF_DOCUMENT_TOKEN_TO_BE_REPLACED
Go ad-free!   About these ads