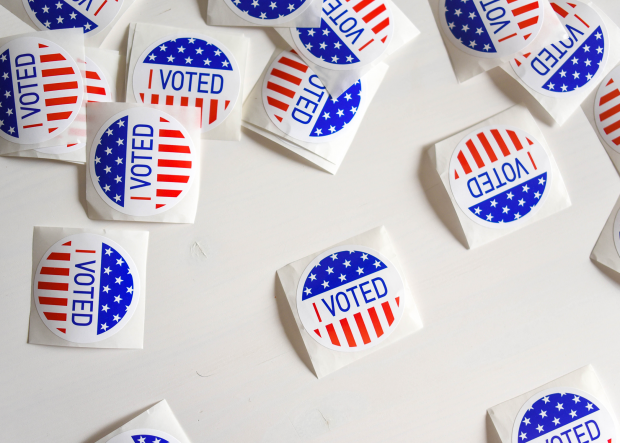 A U.S. House special election in North Carolina’s 9th congressional district on Tuesday is essentially a do-over after a candidate’s 2018 victory was negated by allegations of illegal ballot harvesting. The election could flip a longtime Republican district, and has shifted national attention to the issue of ballot harvesting, the arguments in favor of and against it, and how different states regulate the practice.

Republican Mark Harris appeared to beat Democrat Dan McReady by 905 votes in the initial election last year, winning a seat in the House of Representatives. But fraud allegations against members of Harris’ campaign team nullified the results. One of Harris’ paid campaign workers, who had previously worked for Republican and Democratic candidates, was indicted by a grand jury for illegal ballot harvesting and ballot handling along with four of his assistants. Testimony included charges of forging signatures, filling out ballots to favor their candidate, and enabling an ineligible person to vote. Meanwhile, Harris isn’t running a second time; state Sen. Dan Bishop is now running against McReady for the seat. The race could prove decisive in determining the House majority ahead of the 2020 election, and is important enough to prompt President Donald Trump to hold a rally in Fayetteville on Monday night.

The Different Sides of Ballot Harvesting

Special-interest groups on both sides of the political aisle utilize ballot harvesting. Supporters of ballot harvesting generally believe that more voting is better, and do everything they can to increase voter turnout. This includes going door-to-door and offering to submit ballots for people who haven’t yet voted, where legal. Supporters argue that increasing regulations on how to submit postal or absentee ballots will discourage people from voting — especially those who may already have limited access or ability to vote. Some interest groups, such as the Native American Rights Fund, argue that ballot harvesting supports a civil right.

Ballot harvesting has become a hot-button issue for some conservatives, especially in California, where the practice of allowing anyone to collect and submit ballots was legalized in 2016. Opponents argue that ballot harvesting can involve intimidation tactics and make the polls overly susceptible to voter fraud and other illegal activities. They advocate for more voter verification screening and limits on who can submit votes on behalf of others.

The parties themselves seem divided on the issue. Alabama is the one state where only the voter can submit their absentee ballot; many other states, including traditionally-red areas like Texas and Montana, allow voters to designate an agent who submits the ballot on their behalf. Some traditionally-blue states, such as Massachusetts, only allow family members to submit each other’s ballots.

Last year, the Republican winners of several California U.S. House races were changed to Democrats days later, after large amounts of absentee and provisional ballots were counted. Ballot harvesting was used extensively in these districts, where it had just been made legal in California two years earlier by a Democrat-controlled state government. Political progressive activist and 2020 presidential hopeful Tom Steyer, the top individual political donor in the nation in 2014 and 2016, had targeted some of those same districts and devoted significant funds to fielding votes there. In turn, many Republicans cried foul and pointed to ballot harvesting. Then-Speaker of the House Paul Ryan called the system “bizarre.”

Some conservatives swear off ballot harvesting, but others may be exercising the law. The Washington Post reported in March that the GOP was taking advantage of California’s new ballot collection laws, despite criticizing the practice in other cases.

A Partisan Problem or a Trust Problem?

The divide around ballot harvesting may be less a partisan issue and more a trust issue. Do Americans trust partisan ballot collectors to work within the bounds of the law? Can legislators and officials be counted on to actively uphold ballot collection laws? Do voters trust campaigns to work morally, rather than seek to exploit loopholes and illegally gain advantages?

What’s more partisan seems to be the issue of allowing absentee voting in general; Pew Research Center data from late 2018 suggests that 83% of Democrats support absentee voting without the need for an excuse, while only 57% of Republicans support it. And even this discrepancy may also be attributed to trust issues; Republicans, in any case, seem more confident that some kind of politically-fueled corruption or deviance will occur.

As with almost any political issue, there will inevitably be losers on both sides. Campaign operatives will still try to game the voting system to win elections. Some will work within the law; others may go too far or commit voter fraud if they can get away with it. Some honest voters will still try and fail to submit their ballots on time. And even if done appropriately, a partisan political operative turning in hundreds of ballots to “stuff the ballot box” might make others wonder about the system’s integrity. The voting system will carry on in an air of suspicion, without much confidence from some of the voters themselves.

Illegal ballot harvesting is not the only issue; lack of public confidence in the government to do its job can be just as detrimental. Until officials are fully entrusted to uphold integrity and ensure that elections reflect the will of the people, issues of voter fraud and electoral manipulation will discourage political participation and undermine the effectiveness of our democracy.