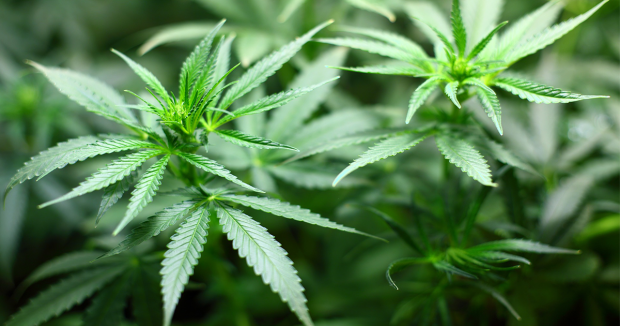 "Seedling Cannabis" by 7raysmarketing on Pixabay.

American public opinion on legalizing marijuana has shifted drastically over the past couple decades: from just 31% support in 2000, to 68% support in 2021, according to Gallup (Center bias). Majority support for legalizing the psychoactive drug happened for the first time around 2013, and has grown since.

This comes as the number of people who say they’ve tried marijuana also increased from 34% in 2000 to 49% today.

Support for legalization is popular among most subgroups as well, regardless of age, education, and even political identification. Republicans are nearly evenly split on the issue. 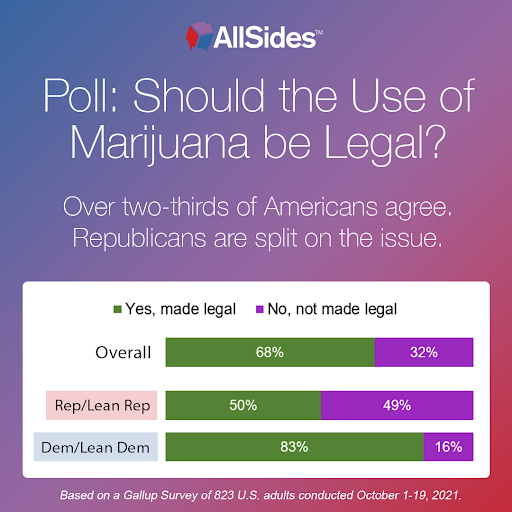 Four states – New York, New Mexico, Connecticut, and Virginia – passed laws in 2021 to legalize recreational marijuana, adding to a growing list of more than 20 states and territories that allow it. In a few states, possession can result in a felony offense.

Marijuana is still illegal at the federal level as a Schedule I drug, meaning it is described to have a “high potential” for abuse and has no currently accepted medical use, according to the U.S. Drug Enforcement Administration. In November, South Carolina Republican Rep. Nancy Mace introduced a bill that would federally decriminalize marijuana use.

However, over two-thirds of U.S. states have legalized marijuana for medical use. The overwhelming majority of U.S. adults say it should be legal for at least medicinal purposes, according to a Pew Research Center poll.

Arguments for legalizing or decriminalizing recreational marijuana include improving safety and quality of the drug, increased tax revenue, and decreasing the burden of low-level drug offenses on the criminal justice system.

Opponents of marijuana legalization may argue that the drug is addictive, more research must be done to determine its gateway-drug status, and it could lead to a decrease in overall public safety – such as an uptick in people driving while impaired.

Andrew Weinzierl is the Research Assistant & Data Journalist at AllSides. He has a Lean Left bias.

This piece was reviewed by Julie Mastrine, Director of Marketing and Bias Ratings (Lean Right).