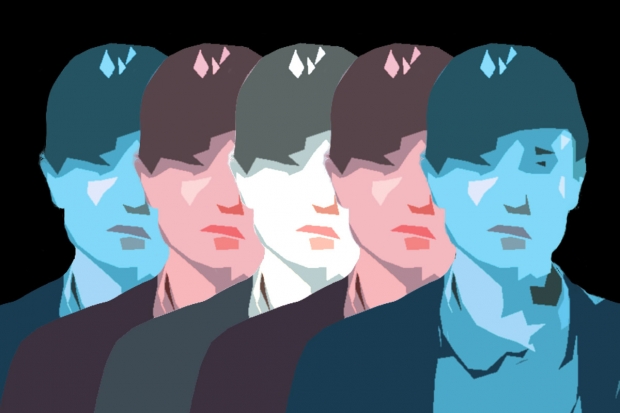 News publishers were faced with a test of their reporting standards on Tuesday when Elliot Page, the Oscar-nominated actor formerly known as Ellen Page, came out as transgender.

The rights and identities of trans people are a politically polarizing issue for some in the United States, particularly on the political right. Some surveys show that only 73% of Americans think transgender people should be protected from discrimination. As recently as August of this year, policies that discriminate against transgender people were at the center of legal disputes.

To write about this story, news outlets had to make a couple key writing choices. The first was whether or not to directly refer to Page as “Ellen.” This is called “deadnaming,” or the use of a trans person’s birth name, and it is considered offensive in the trans community because it invalidates a trans person’s identity.

On the issue of deadnaming, the Trans Journalists Association (TJA) writes in their style guide, “There’s never a reason to publish someone’s deadname in a story.” However, the Gay & Lesbian Alliance Against Defamation’s (GLAAD) tip sheet on covering this story says “it may be necessary initially to say ‘Elliot Page, formerly known as Ellen Page,’” but that writers should refrain from using the old name afterward. Additionally, guidelines from Reuters (Center) say to “Always use a transgender person’s chosen name.”

For journalists like CBC’s Nancy Waugh, this issue isn’t about politics, but accuracy: “In our journalistic standards and practices, we talk about our commitment to accuracy, fairness, balance…Elliot Page is stating this is the name that he wants to be known by, so this is a work of accuracy.”

The second key writing choice was whether or not to refer to Page as “he,” “they” or “she.” Like deadnaming, using the wrong pronouns for a trans person invalidates their identity. Since Page has used she/her pronouns in the past, some may have been inclined to continue using those pronouns as a way of communicating disagreement with Page’s gender identity. Additionally, news outlets had to choose whether to use “actor” or “actress” to refer to Page’s profession.

In Page’s case, GLAAD’s tip sheet says to “use either he/him or they/them pronouns,” since that’s what he chose. TJA’s style guide recommends using a person’s current pronouns when writing about them in the past. Reuters’ handbook says that “in some situations confusion may be avoided by not using pronouns.”

Differing views on transgender identities will impact how media outlets and journalists report on these issues. Some voices on the right, like commentator Matt Walsh, have argued that deadnaming is not an invalidation of a trans person’s identity, but an acknowledgement and affirmation of biological realities. Some may believe using a trans person’s chosen name is unethical because of the idea that gender dysphoria is a mental illness.

The American Psychiatric Association and the World Health Organization have concluded that gender dysphoria is not a mental disorder. The APA in particular classifies gender dysphoria as “psychological distress that results from an incongruence between one’s sex assigned at birth and one’s gender identity.” The official terminology was changed in 2013 from “gender identity disorder.” Some medical professionals and researchers dispute the APA and WHO, and hold that transgender identities are disorders that need treatment.

Here’s how news outlets on the left, right, and center covered Elliot Page coming out as transgender:

Coverage in left-rated outlets mostly followed the style guidelines of LGBTQ+ organizations. Many outlets only used “Ellen” once for clarification, using a variation of “formerly known publicly as Ellen Page.” Some coverage made no mention of Page’s former name at all, instead identifying him by his acting roles. Most coverage used he/him or they/them pronouns. Some left-rated outlets also published positive opinion pieces on the story.

Some coverage in right-rated outlets aligned with guidelines from LGBTQ+ organizations, and some did not. Some coverage used Page's former first name in the headline, the first sentence, or both. Pronoun use was mixed, with some coverage using he/him, some using she/her, and some avoiding pronouns entirely. Some coverage also included photos in which Page appeared more feminine. Some outlets posted opinion content critical of Page’s gender identity.

Coverage in center-rated outlets mostly followed the style guidelines of LGBTQ+ organizations. Many outlets only used “Ellen” once for clarification, saying Page was “formerly known as Ellen Page.” Some outlets like NPR took alternative approaches, saying, “In Page's previous roles…he is credited as Ellen Page.” Other outlets did not mention Page’s old name at all.

In one case, a local Canadian outlet originally used Page's former first name and later issued a correction in response to reader feedback.

Associated Press: ‘All my love, Elliot’: Actor Page comes out as transgender

The difference in coverage between right-rated outlets and left/center-rated outlets shows how media bias can influence your understanding of stories like this one. Use our Balanced Search tool and Headline Roundups to get all sides of every story.

Joseph Ratliff is AllSides.com's Daily News Specialist. He has a Lean Left bias.