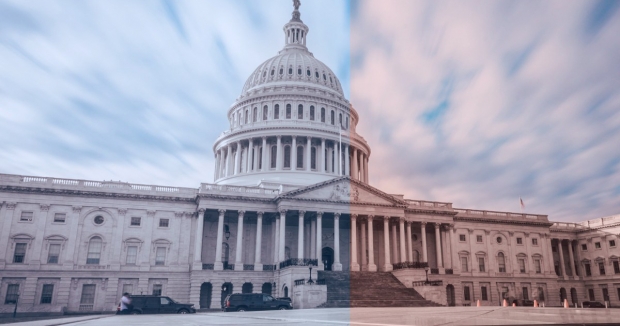 The following is a guest post from Et Socialum.com.

Birds of a Feather

Regardless of where you are on the political spectrum, it’s a good bet that most of the people you interact with share many of your beliefs. Republicans flock to Republicans – Democrats flock to Democrats.

If this is an alien concept to you – congratulations! You are the minority and are better for it. If not, consider that this is a natural phenomenon, and it’s nothing to be ashamed of, but it does bring about an important topic of discussion.

The problem arises when this group mentality approaches the point of intellectual isolation. If you are a Republican (or a Democrat) and you only interact with other Republicans (or Democrats) and get all your information from right-leaning (or left-leaning) news sources, then you become cut off from opposing viewpoints and are placed in an intellectual positive feedback loop.

Suppose you posit an idea that is in line with the political opinions of your own party, and all your like-minded friends give you a positive response, encouraging you. Consequently, your beliefs are further solidified, increasing the chances you will speak of similar topics in the future.

Your ideas do not become challenged, so you are never put in a position that encourages self-reflection. In other words, opposing opinions are never presented, so you are never required to consider them. This can cause many issues, such as groupthink, false consensus, group attribution error, and ingroup bias.

A particularly interesting effect of this is political polarization — a phenomenon in which a population’s political opinions drift away from moderate views and toward political extremes. In short, conservatives become more conservative, liberals become more liberal, and the voices of moderates fall on deaf ears.

Unfortunately, political polarization has a strong presence in the United States Congress. Our senators, representatives, and president are less interested in cooperating with each other for the sake of the nation and would rather war with each other.

They push their own agenda when they can and block up the opponent’s when the opportunity arises. They so strongly disagree with each other on fundamental issues that giving the opponent an inch seems to be a fatal blow to the nation.

As the political parties cycle in and out of congress and power shifts back and forth, there also arises a cycle of undoing the progress of the previous administration and instituting opposing legislation. Considering the length of terms, little of note can be accomplished within this model.

If we wish to see true progress and growth as a nation, we must call for cooperation in Congress. For Congress to cooperate, however, they must have a reason to do so. They do, after all, represent the people. They must keep their constituents happy if they wish to stay in office, and the people themselves are polarized.

Thus, we have reached the root of our problem: the people have reached a state of mass intellectual isolation, and politics have become more polarized than ever.

Well, then just be open!

You would think the solution is simple – everyone just needs to start interacting with people with differing views. Ideally, this is all we need to do, but historical attempts have not always been successful.

We tend to feel strongly about our political beliefs and default to negative reactions toward those who express differing views, so establishing a social net encompassing a diverse range of the political spectrum is naturally difficult.

The current state of polarization further complicates things. There is big money in the emotions that come about from polarization and mass intellectual isolation.

This shift toward intellectual isolation and political extremes has not been an entirely natural process. It’s been helped along by such things as political media bias and digital filter bubbles.

Media bias refers to the tendency of sources of news and media to typically either lean left or right to some degree. Fox News’ editorial content, for example, has historically been known to be strongly right leaning. On the other side, you have CNN’s editorial content, which has historically been known to be strongly left leaning. These political biases are not inherently harmful by themselves, but they become destructive when people consume the majority of their media from one source.

Those in a state of polarized intellectual isolation are unlikely to seek out news sources that portray opposing viewpoints, sticking instead with sources that present information they agree with. This further exacerbates the issue of polarization.

Filter bubbles are an extremely powerful source of intellectual isolation. They are an unfortunate side-effect of the corporate use of big data. The term, coined by Eli Pariser, chief executive of Upworthy, refers to the highly specialized content that arises from computer algorithms that target content toward users based on their personalities, political affiliations, and any other information that can be gained from search history and online activity.

The idea is that the content that is presented to users is so highly individualized that they only see information they find agreeable. This leads even further down the path of intellectual isolation – and goes a step further by fostering a false consensus, in which people overestimate the extent to which others share their opinions.

So how do we fix it?

This is not an easy issue to tackle, and it is doubtful that there is any single method that will solve it. What we need is a series of directed efforts by multiple parties on all ends of the political spectrum. In order to succeed, we must share a common goal of cooperation and understanding.

One such effort is to reduce the polarizing impact of media bias. AllSides is currently making such an effort. They have compiled a list of media sources and rated their political bias on a scale of Left, Lean Left, Center, Lean Right, and Right. They allow the community to provide feedback and adjust their ratings accordingly.

AllSides argues that unbiased news does not exist. Rather, they attempt to present balanced news by allowing users to obtain information from a variety of sources within the context of their political bias. By obtaining information from all sides of the political spectrum, users can weigh the information for themselves and come to a balanced conclusion.

The hard truth is that political polarization and intellectual isolation are threats to democracy. If we wish to build a bright future, we must build it with everyone in mind. We cannot accomplish this if we cut ourselves off from opposing opinions.

It may not be fun to address uncomfortable thoughts, but it is necessary. We must open our ears and minds to that with which we disagree and must allow for conversation and relationships that cross political boundaries.

In short: we must start opening the dialogue.

Dylan Rose is a California-born, Utah-based author with a background in business, psychology, and behavioral economics. He likes to write about topics that can provide useful tools and positively impact the lives of his readers. He has a Center bias.

This piece was reviewed by Julie Mastrine, Director of Marketing at AllSides. She has a Center bias.