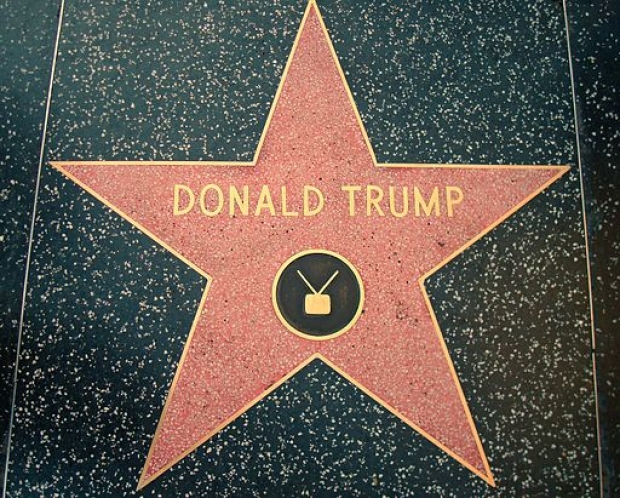 Is Donald Trump's star being removed from the Hollywood Walk of Fame? Judging from many of today's headlines, you would think so. But any media consumers who read only the headlines might be misled.

Take a look at the following headlines. You would think that Trump's star is being removed...but that's really not the case: 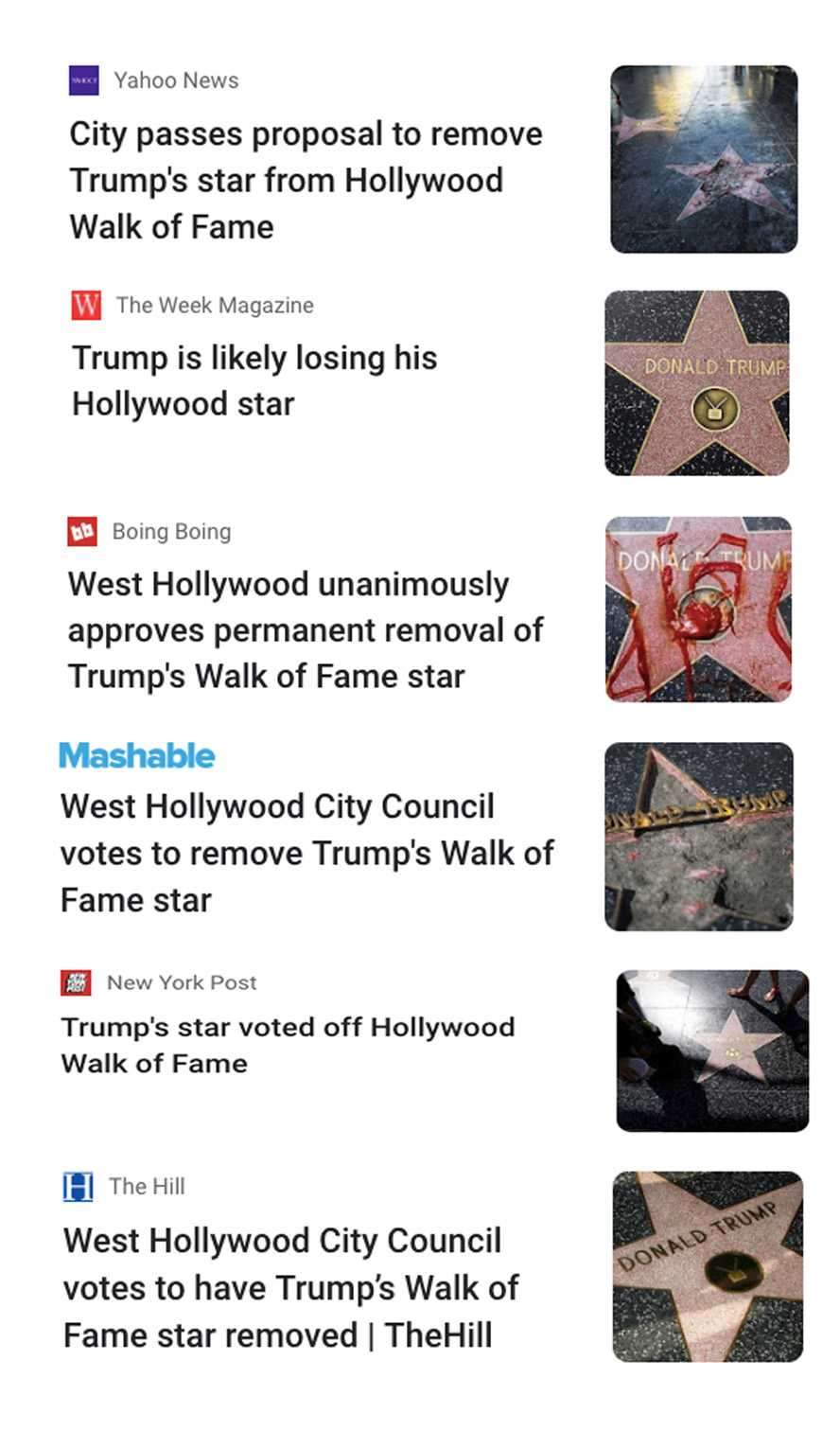 These headlines aren't necessarily untrue, but they do make it sound like Trump's star is definitely getting the boot. In reality, the city council of West Hollywood, California, voted Monday asking to remove President Trump's star from the Hollywood Walk of Fame — the council has no power to actually have it removed.

Trump's star has been vandalized twice, and the city council voted unanimously to have it removed. But for now, the vote is mostly symbolic.

The wording of the headlines above shows how media consumers can be easily mislead and nuance buried. By contrast, some news organizations decided to include the nuance right in their headlines: 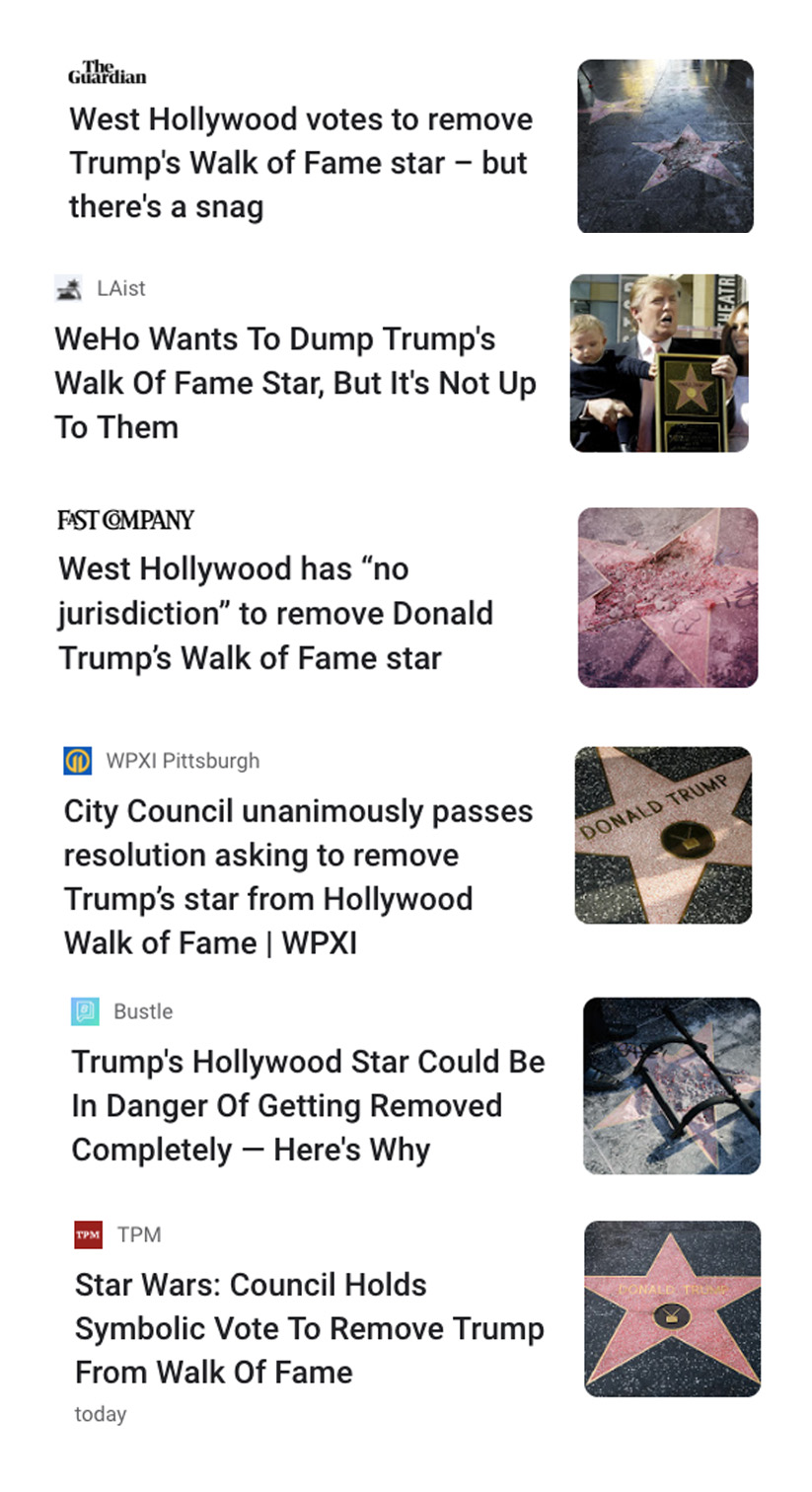 By noting that the council "asked" to remove the star, that the vote is symbolic, and that the council doesn't have ultimate jurisdiction, these media outlets were more transparent and nuanced than many others.

Notably, after facing calls for the removal of Cosby and Spacey's stars, The Hollywood Chamber of Commerce clarified in a statement last November that stars are not removed from the Walk.

Still, the body said this week that the vote does trigger consideration on the Chamber's part.

What do you think? Are some of the headlines on this story misleading? How important is it to convey nuance in a headline? Share your thoughts in the comments, and learn the media bias of these outlets and more.