For many Americans, this word has come to mean something pejorative - e.g., "tree huggers" concerned more about the “spotted owls” or “saving the whales” than actual human beings.  They point to jobs lost and towns ruined because of government meddling in healthy private enterprise related to land use and resource management. Calls to save non-human species can seem heartlessly cruel when families and children are suffering.

For many other Americans, environmentalism simply refers to being good caretakers of (and/or denizens of) the world and its precious natural resources - nothing more. Without apology for exquisite attention to various details of environmental care, these individuals would contest the idea that these aims clash with the well-being of human beings. In fact, many environmentalists embrace (no pun intended) the term “tree hugger,” claiming that it perfectly captures the spirit of oneness with (and responsibility for) nature that spurs them in their efforts. Without caring for the environment, they argue, it will be human beings who ultimately suffer in the long-term.

Between these positions lie many complications, especially with respect to particular proposals and locations. The view people take of environmentalism in general does not always match their reactions to particular manifestations of land use that impact their lives. For example, a person who thinks “tree huggers” are deluded idealists might nonetheless oppose plans for a local quarry on the grounds that it may pollute their water. Or a person who considers themselves an environmentalist might not look too closely into whether the things they buy are produced in an environmentally destructive way. In other words, the label “environmentalist” may be held as an important part of one’s identity - or rejected as alien to one’s identity - without necessarily defining a person’s detailed choices and opinions.

- Are you an environmentalist? Why or why not? What does that mean you do or don’t do?

-  Ask your friends and family that question. Do their answers surprise you?

-  What does the word “environmentalist” mean to you? Can you name three things that the word represents to you? How have your actions in your life connected to those things?

- Is the negative push-back to this word deserved, at all, in your opinion? 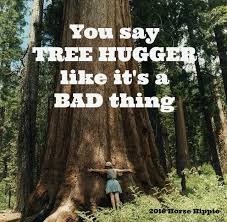 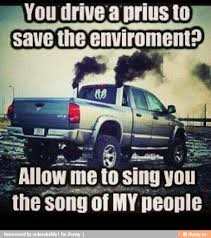