For some, public land is a way to preserve precious natural resources and wilderness in the face of ever-expanding development within a larger economic system otherwise oblivious to the value of these resources.

For others, the term “public land” evokes a government intrusion that is hostile to family livelihood. Naseem Rakha summarizes the concern on the other side in this way: “While everyone may agree that public land has many meaningful purposes, it is the people who earn their living from that land who often feel left in the dust by state and federal regulations. To them, wolf introductions, wilderness proposals, bans on timber harvest and reduction in grazing units clearly prioritize environment over livelihood. Shuttered mills and feed stores, abandoned libraries, anemic public services are perceived to be a product of an overreaching, unsympathetic and aggressively arrogant government infrastructure lubricated by urban and urbane values...For them, multiple use is often portrayed as a multiple menace, with the needs of wolves and fish and hikers competing with the needs of local people trying to feed their families.”

Sometimes attitudes on public land have as much to do with proximity as they do with belief. Proposals to create new protected areas and national parks are often met with popular approval, especially in areas (such as the Northeast) where there is little such land left to protect. But such positive feelings tend to diminish the closer areas of protected land come to where people live. The well-known acronym “NIMBY” (not in my backyard) is most often used in reference to pollution sources, but people are also often unwilling to endure “set-asides” of land for environmental or clean-energy purposes when they are close to home. To those who live in the West, where the government owns nearly half the land already, the idea of expanding public land seems much more threatening.

- How do you feel when you learn that a new parcel of land has been protected from development? Do you feel happy and proud of our country, or dismayed and worried about the future? Do you feel the same way when the land is close to you? How close?

- If you lived in a place that had a much higher or lower proportion of public land, how do you think you would feel about it?

- In an ideal world, what proportion of land would be set aside for nature - for “forever wild” preserves and for recreational parks? How did you arrive at that proportion? What would happen if the proportion was much higher or lower? 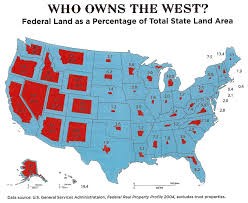 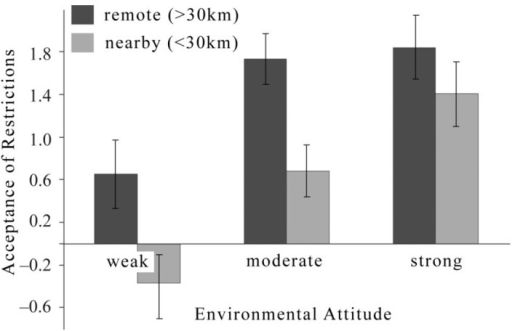