The Florida State Board of Education unanimously voted to ban lessons that include critical race theory (CRT) from public schools Thursday. The board approved an amendment that prohibits the teaching that America is inherently racist, or "the theory that racism is not merely the product of prejudice, but that racism is embedded in American society and its legal systems in order to uphold the supremacy of white persons." Florida Gov. Ron DeSantis said in a video before the meeting that CRT distorts history, and urged board members, many who were appointed by DeSantis himself, to approve of the amendment that would teach student historical facts instead of “trying to indoctrinate them with ideology.” This comes after other states, such as Idaho, Oklahoma, Tennessee, and Iowa, have put restrictions on CRT in classrooms. Critics of the theory say that students should not be taught that the U.S. is inherently racist, while advocates of CRT argue the U.S. was founded on stolen land and slave labor, and many of the country's institutions still uphold racism through laws and systems that favor white people over people of color. People on both of the argument also warn that narrowing acceptable classroom material could violate free speech.

Many on the left criticized DeSantis, calling the ban's language "vague" and arguing that the ban is aimed at avoiding analysis of ongoing racism. Right-rated outlets tended to focus on DeSantis' speech and the details of the amendment, and frame CRT in a negative light.

See Today’s News »   More Headline Roundups »
From the Right
10056
Race and Racism
To CRT or Not to CRT?
National Review 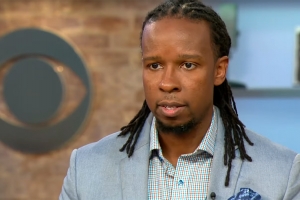 So are we doing the thing where we are pretending that curriculum, instruction, and materials can’t be determined by school boards and state legislatures and should be left to radical education consultants who are hired by bureaucrats?

What is popularly known as critical-race theory in education debates is, effectively, an omnibus term for a series of propagandistic approaches to Diversity, Equity, and Inclusion (DEI) that are common in the corporate business sector, along with certain contested ideas about the extent and nature of systemic racism, and the appropriate remedies that follow.

Read full story
Some content from this outlet may be limited or behind a paywall.
See full media bias rating for National Review
From the Center
10056
Race and Racism
Florida bans ‘critical race theory’ from its classrooms
Associated Press 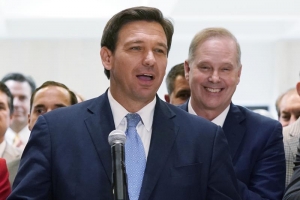 Florida’s move was widely expected as a national debate intensifies about how race should be used as a lens in classrooms to examine the country’s tumultuous history.

Republican Gov. Ron DeSantis appeared by video at the top of the board’s meeting, urging its members, many of whom he appointed, to adopt the new measures he asserted would serve students with the... 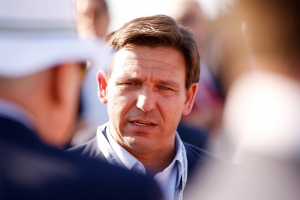 On Thursday, Florida’s State Board of Education voted unanimously, at the behest of Republican Gov. Ron DeSantis, to ban lessons that employ critical race theory (CRT) or the New York Times’ 1619 Project from schools. The vote aligns with initiatives in several other states such as Idaho, Oklahoma, Tennessee, and Iowa.

Florida’s amendment takes an existing rule saying instruction “may not suppress or distort significant historical events, such as the Holcaust” and adds “slavery, the Civil War and Reconstruction, the civil rights movement and the contributions of women, African American and Hispanic people to...

Read full story
Some content from this outlet may be limited or behind a paywall.
See full media bias rating for Slate
More Stories »
Race And Racism, Education, Critical Race Theory, Florida
Go ad-free! Support AllSides.
About these ads