‘Pro-Freedom Conservatives’ Are ‘Fleeing to Florida to Be Free’

Conservative party, Free Speech, Florida, Ron DeSantis
Save for Later
From The Right 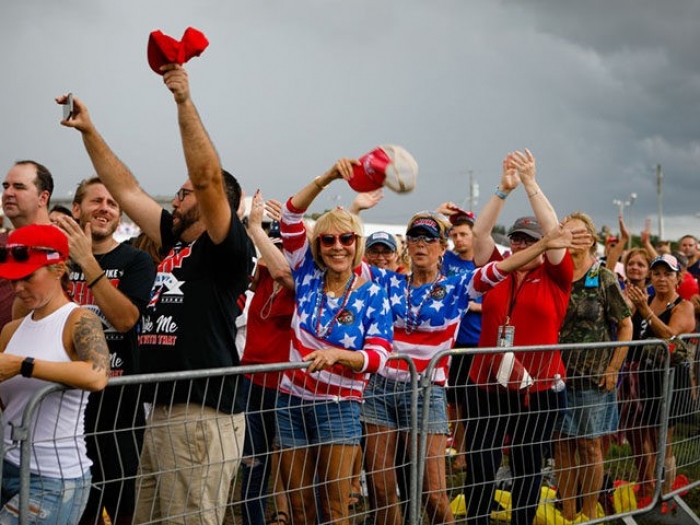 Registered Republican voters surpassed Democrats for the first time in Florida’s history as of October 31, a shift Ziegler said is largely because voters are leaving Democrat-run cities and states. He also noted that many more moderate Florida Democrats feel as though their party has “left them behind.”

Ziegler told host Matthew Boyle, Breitbart News’s Washington bureau chief, that the secret to the Florida GOP’s success was leaning into the “Trump/DeSantis wing of the party” and investing “a record amount of money” toward voter registration with the help of the governor.

“We’re excited in Florida, and a lot of that has to do with obviously Donald Trump coming in, people seeing that and starting to switch parties. He brought in a lot of southern Democrats, a lot of moderates, independents over to the Republican Party. And Ron DeSantis keeping businesses and schools open has really accelerated that,” Ziegler said. “His record plus his resources have now really paid off, and now we are a Republican state officially.”

Read full story
Some content from this outlet may be limited or behind a paywall.
Conservative party, Free Speech, Florida, Ron DeSantis