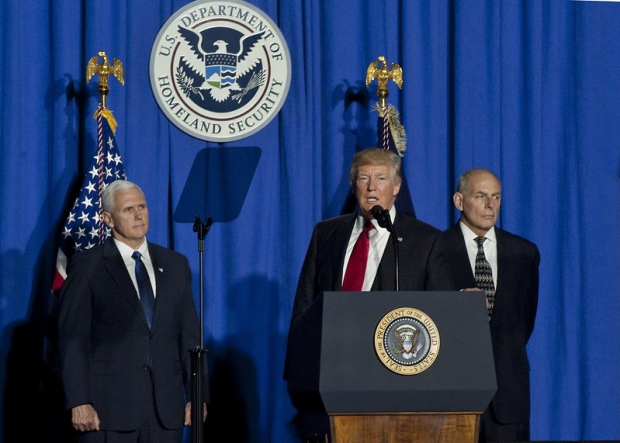 If he chose to do so, former White House Chief of Staff John Kelly could become the most consequential endorser in the history of American politics. And he wouldn’t even have to endorse.

In the days since it was first reported that President Donald Trump had allegedly disparaged American military veterans, speculation regarding Kelly’s role in the controversy has reached a fever pitch. An explosive article in the Atlantic magazine last week cited several unnamed sources who asserted that Trump had referred to U.S. soldiers who had been killed or captured in battle as “suckers” and “losers”. Several current Trump Administration officials have vehemently denied the accusations, as has the president himself on several occasions. Kelly, who was Trump’s top aide at the time, has remained silent.

“Mr. Kelly refused on-the-record interview requests about his recollection of comments Mr. Trump had reportedly made when Mr. Kelly was with him on a 2018 trip to France.”

But the fact that Times reporter felt it necessary to specify that Kelly had declined an “on-the-record interview” leads to the logical question as to whether he had agreed to speak to her off-the-record. If so, an off-the-record denial from such a credible source would almost certainly have convinced the Times not to run the story. But if Kelly did confirm Trump’s remarks even off the record, that would have provided the paper with the necessary assurances to proceed. (Of course, Kelly could have refused to either confirm or deny the charges against Trump while off-the-record. But that possibility begs the question of why the reporter would include the sentence in her story in the first place.)

If Kelly were to publicly corroborate that Trump had leveled such insults against dead or captured American military combatants, the political consequences would be devastating. Even the noxious remarks that Trump uttered in the infamous Access Hollywood video four years ago did not attack such a central pillar of conservative orthodoxy: a direct insult from the president toward members of the nation’s armed forces would devastate his conservative base of support. Trump is clearly aware of the potential damage he would suffer, which is why he has continued to repeatedly raise the matter himself.

Kelly’s confirmation of the allegations would technically not be an endorsement of Joe Biden’s candidacy. Nor would a public refutation of these charges would constitute his official support for Trump’s re-election. But the practical impact of him authenticating the story would almost guarantee Biden’s election, while a denial would dramatically increase the likelihood of Trump securing another four years in office.

It’s important to reiterate that the Atlantic’s original story was based only on anonymous quotes, which has raised considerable suspicion from Trump allies. Reputable journalists’ best practices require multiple sources of an allegation before publication, even if those sources remain unnamed. (This is how Bob Woodward and Carl Bernstein utilized their “Deep Throat” source during the Washington Post’s coverage of Watergate.) By citing four sources, the Atlantic has met those standards.

But the fact remains that the only people who have been willing to speak on the record have all dismissed the allegations as false. And when the Times and other news organizations state that they have confirmed the Atlantic’s reporting, it only means that the same anonymous sources are speaking to many other journalists too.

Kelly has previously offered harsh criticism of Trump since leaving the White House, most notably in regards to the firing of National Security Council staffer Alexander Vindman as well as a range of public policy matters. But he may be understandably reluctant to single-handedly determine the outcome of a presidential election.

Trump himself clearly suspects that Kelly was a source for the original reporting. The president went out of his way over the weekend to denigrate Kelly’s White House tenure, in an apparent effort to discredit his former chief-of-staff in advance of any possible public statement. But at this point, Kelly appears content to remain quiet -- and at least for now, to refrain from the temptation to pick our next president all by himself.

Want to talk about this topic more? Join Dan for his weekly webinar "Politics In The Time of Coronavirus” on Thursday mornings at 11 AM PST. You can register for it here or read more of Dan’s writing at: www.danschnurpolitics.com.