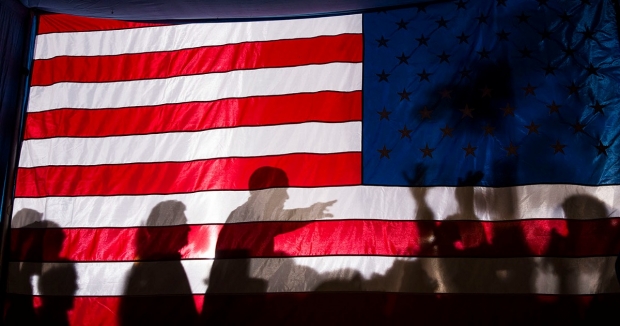 It’s pretty easy to forget about Iowa in between presidential elections.

Every four years, dozens of candidates, hundreds of journalists and thousands of activists descend on the state for a brief frenzy of activity leading up to its presidential caucuses. But for residents of the other forty-nine states, Iowa otherwise tends to be a political afterthought.

Under most circumstances, a Republican party rally in Des Moines on a Saturday night more than three years before the next presidential caucuses would have attracted little attention. But when Donald Trump comes to town, the rules change. And Trump’s recent appearance before a crowd of adoring Iowans provides important clues about where the Republican Party may be headed between now and 2024.

The fact that Trump attracted an immense and excited turnout of conservative activists was not surprising. Nor was there anything unexpected about the large number of state GOP political leaders who crowded the stage. But it was notable that longtime Senator Charles Grassley, who was first elected to that office on the same ballot that first brought Ronald Reagan to the White House more than forty years ago and had harshly criticized Trump for the former president’s conduct after the January 6 Capitol riots, was also on hand. And it was downright astonishing that Trump used the event to emphatically urge his loyalists to support Grassley’s 2022 re-election campaign.

The endorsement came shortly after Grassley, 88, announced he will run for an eighth term in the Senate. Grassley’s age, tenure and biography make him the epitome of an establishment politician and the antithesis of a Trump-era Republican. When he talked about Trump’s support, Grassley sounded more philosophical than enthusiastic.

"I was born at night, but not last night," Grassley said following Trump's announcement. "So if I didn’t accept the endorsement of a person that’s got 91 percent of the Republican voters in Iowa, I wouldn’t be too smart. I’m smart enough to accept that endorsement."

"He's a private citizen," Grassley added. "He can say anything he wants to.”

The logical conclusion from both men’s behavior is that both Trump and Grassley need each other more than either of them would care to admit. Recent polling shows Grassley with a sizable lead over his likely Democratic challenger and that 81 percent of Iowa Republicans view him favorably. But Trump is more popular, and even in a conservative state like Iowa, an institution like Grassley knows enough to avoid a conflict with his party’s national standard-bearer.

If a traditional conservative like Grassley, seemingly safe in his re-election campaign, feels compelled to embrace Trump to ensure his survival, then many other old-school Republicans will believe that they will need to do the same thing in their own campaigns next year and in the run-up to 2024. That means that large majorities of the GOP’s elected leadership will swallow their tongues when Trump engages in his habitual diatribes about the widespread voter fraud that he believes cost him last year’s election.

As the 2024 presidential campaign draws closer, vocal Republican skeptics of Trump’s claims like Mitt Romney and Lynn Cheney will represent an increasingly isolated minority within the party. While Cheney or perhaps Nebraska Senator Ben Sasse may decide to seek the GOP nomination, Trump or his acolytes will begin the race with a decided advantage.

It’s impossible to predict whether Trump will ultimately decide to run again. But either way, the intra-party divide between his supports and detractors will define both the 2022 and 2024 elections. The fact that a 20th century Reagan-era Republican like Grassley lines up with Trump speaks volumes about where GOP activists and their attentive leaders will be when that fight gets underway.

An extremely motivated ideological base, even when coupled with a suspicious political center, can often allow a minority party to reclaim majority status during a midterm election. But that combination is usually less successful in presidential years. So Grassley’s choice, and parallel decisions of his similarly-situated colleagues, suggests that the next three years and three weeks will be quite the roller-coaster ride for the party of Lincoln, Reagan and Trump.