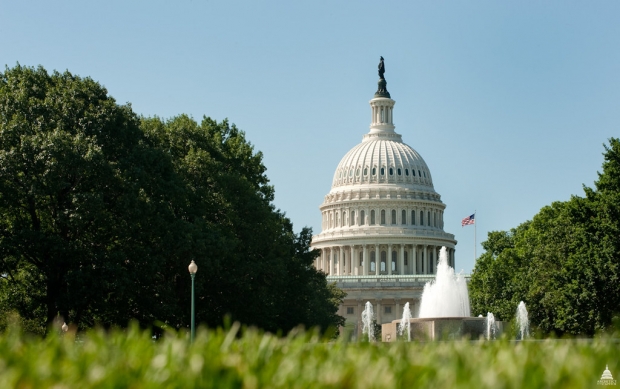 For many Americans, this week marks the beginning of the holiday season, starting with Chanukah, then followed by Christmas, Kwanzaa and New Years in rapid succession. But for almost as many, this is also the time of year in which football ascends to another level in the national cultural consciousness, starting with the first of no fewer than 43 college bowl games, after which come the professional football playoffs and the Super Bowl.

Since the country’s biannual national election season has just concluded, now seems like an appropriate time for a reminder of the difference between politics and football.

In politics, the victories come between the 40-yard lines. Unlike a sporting event, in which both sides are committed to completely vanquishing their opponent, politics in a democracy requires the two parties and their representatives to attempt to find some type of common ground. Complete victories and total defeats simply can’t happen in the legislative process, especially with a closely-divided Congress confronted with difficult policy challenges.

But as the nation braces itself for two separate but related humanitarian disasters relating to federal immigration policy, congressional Democrats and Republicans have apparently walked away from a legislative fix that could have avoided both crises. Before this holiday week is through, the public health measure that prevented asylum speakers from entering the country at the height of the pandemic will be lifted, almost certainly resulting in a flood of migrants coming across the U.S.-Mexico border and overwhelming available services. In the near future, the courts are likely to complete the elimination of the Obama-era executive order that allowed hundreds of thousands of young people who were brought to this country without documentation as children to remain here. As a result, these “Dreamers” will be forced to leave the only country they have ever known.

Both of these actions will lead to real-world catastrophes. Both could be addressed by last-minute legislation that Senators Thom Tillis (R-NC) and Kyrsten Sinema (I-AZ) have been feverishly working to complete. Both will remain unsolved, as our elected representatives of both parties head home to spend the holidays with their families at the same time they allow untold misery to be visited on others.

Sinema and Tillis had crafted a bill package that both provided a laborious pathway to citizenship for Dreamers and tens of billions of dollars for enhanced border enforcement. Their proposal could not only have helped avoid these man-made disasters but also could have allowed both parties to accomplish one of their long-standing policy goals. But granting a victory to the opposition was too high a price to pay. Republicans refused to consider any legalization measures, even in exchange for much tougher security measures. Democrats balked at the prospect of citizenship for these young people if it also provided for stronger restrictions on undocumented immigrants entering the country. So neither happened.

When Congress returns to work in January, the newly-elected GOP House majority will make such a compromise virtually impossible. Most of the Republicans who helped President Biden pass bipartisan legislation on infrastructure, COVID-19 relief, domestic manufacturing and gun safety will be gone by then. Even if their current leader, Kevin McCarthy, does make it into the speakers’ chair, it’s difficult to envision him having the authority to persuade his most hard-line members to give this type of immigration reform the time of day.

Ronald Reagan and Bill Clinton have both fallen out of favor in their respective parties, as their twentieth-century approach to working across party lines to achieve necessary policy goals has been replaced by doctrinaire and performative brinksmanship. But just for nostalgia’s sake, let’s look back at their public comments on this difficult issue:

In Reagan’s farewell address to the nation, the outgoing Republican president said: “If there had to be city walls, the walls had doors and the doors were open to anyone with the will and the heart to get here.”

Several years later, Democrat leader Clinton added a cautionary note: “The simple fact is that we must not and we will not surrender our borders to those who wish to exploit our history of compassion and justice.”

There’s little room in today’s Washington for such sentiment, such cooperative effort or such foresight. So the border will be overrun, the Dreamers will be deported and the scorched earth politics will continue. But while we watch the bowl games and the playoffs, let’s also remember the knee-jerk partisans on both sides who decided that campaigning still comes before compassion.