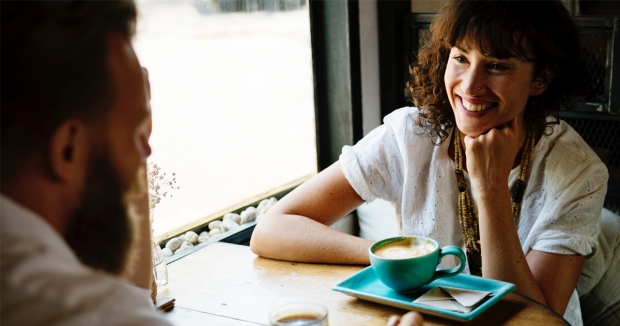 Editor's note: See our list of words conservatives may want to avoid when talking to liberals.

Suppose you are talking to another person who has very different political viewpoints. Everything seems to be going fine. Then, you say a word or phrase that unintentionally alienates the other person. Suddenly, the conversation feels derailed. What may have been pleasant can quickly become tense.

How can we avoid stepping on verbal landmines? And on the flip side, how can we use words with purpose to better reach out to those with different political views?

The following table, an excerpt from a longer booklet, builds on the AllSides Red Blue Dictionary. It lists many terms, words and phrases that one should be cautious with around political opposites, as well as words or approaches that could work better.

The table below provides substantial guidance for liberals talking to conservatives. It includes an overview of terms that can be problematic and those that are usually acceptable.

The list below is long, but actually misses a key element to civil discourse: sharing personal stories about why these topics are important. Personal stories, much more than facts, build comprehension and connection, and the bond can facilitate the desire for collaboration.

In-Depth Glossary of Terms, For Liberals Talking to Conservatives

Note that if businesses have advocates, their employees can also have groups speaking for them; possibly talk about full-time workers and working families; those who are hardworking having enough for their children, food, and rent.

Try expressing a belief in equal justice under law, equality of opportunity, The Bill of Rights, and the idea that all US citizens deserve the same rights.

Acknowledge current Blue/Red differences; shared dislike of Congressional gridlock; shared belief in bipartisan or non-partisan solutions; try to focus on what we share (e.g., a shared love of children, community, and country); if both believe, God and faith.

Talk about one’s appreciation for Republican Teddy Roosevelt, who was both a hunter and a strong conservationist; usually can mention National Parks; depending on the views of the conservative, can mention the legacy we leave our children and grandchildren, or the moral responsibility to not harm the innocent; if religious, discussing stewardship of God’s bounty or God’s creation; explore technological innovations to protect environment (e.g. clean coal, safer nuclear energy, carbon capture); emphasizing American energy.

There may be some agreement on certain class- or economics-based preferences, or expanding the applicant pool; potentially talking about equality of opportunity and the importance of education Other ethnic/racial terms: Acknowledging there are challenges non-whites can face; importance of treating each other well; discussing the need for hope among all communities White privilege: Also acknowledging struggling white communities (e.g., heroin, out-of-wedlock births, lack of education, lack of manufacturing jobs and opportunity).

Sharing personal family stories of immigration and eventual assimilation, acculturation or economic success, may be helpful; sharing stories of current immigrants with whom one interacts (especially immigrants with white-collar professions) can also sometimes be useful; if business-oriented, potentially arguments about innovation and inexpensive labor and inflation.

Use more generic statements, such as that there are economic and social issues that make it harder for some people to get an education and achieve economic success than others; talk about removing barriers to economic opportunity for all; discuss the need to change hearts and minds, not simply change laws; express importance of being hospitable to others.

At times, using words like poor can simply explain the situation, rather than assume that the people are in a bad situation because others have acted upon them.

Start by making positive comments about the role of police officers in keeping communities safe, and the importance of order, but also saying that police officers need to act respectfully.

Show support for country by including positive views of the flag, patriotism, and the men and women in uniform (and their sacrifices).

Noting how religion and faith can help people facing difficult times; how there are good-hearted evangelical leaders; the good done by religious people and institutions (e.g., educational institutions, care for poor, ethical foundations).

Shared goals such as reducing frequency of STDs and reducing unplanned pregnancies; if brought up carefully, both can speak highly of adoption in certain circumstances.

If you decide to discuss it, sticking to more commonly accepted words like straight, gay and lesbian; repeating certain messages targeted at conservatives from the marriage equality movement, like love and stable families.

Share mutual support for free speech; mutually agree to express discomfort with provocateurs (and how some liberals can be more about provocation than discussion, too, as seen from previous Correspondents’ Dinners).

Any discussion of the media is extremely difficult; one possibility is trying to not focus on whether individual news stories are correct or not but instead understanding the personal stories that lead people to their conclusions.

James Coan is a depolarization strategist and founder of Red Blue Together, which has shared stories of friends and those in close relationships across political divides. He currently works as a management consultant and energy researcher. He previously worked at a think tank, where he often blended psychology and public policy. He began writing this after attending a Better Angels Maryland Alliance meeting. He has a Center bias.