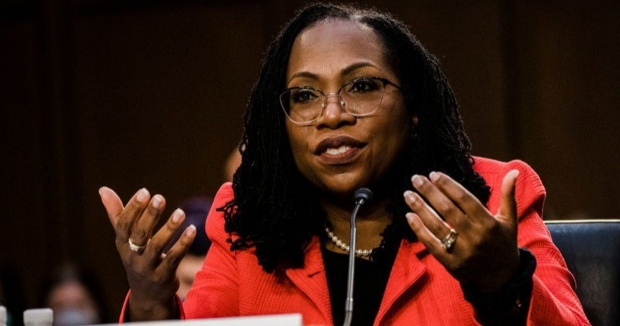 Just over a century ago, movie companies learned that if they showed a short preview of coming attractions to their audiences, they could convince many of those viewers to come back at a future date to see the entire film. After watching last week’s confirmation hearings for Judge Ketanji Brown Jackson, it appears that the United States Senate has learned the same thing.

We already knew that Judge Jackson would be confirmed to fill retired Justice Stephen Breyer’s seat on the Supreme Court (although there has been a small amount of manufactured suspense as to whether she will receive any support from Republicans.) We knew that Democrats on the Judiciary Committee would praise her and her character and that GOP members would criticize her and her supporters. And we learned little about Judge Jackson that would give us any sense of what type of justice she would be once she was confirmed.

But what we did get was a sneak preview of this November’s midterm elections, at least the Republican side of the debate. The GOP’s political equivalent of a movie trailer featured a heavy emphasis on social and cultural issues such as child pornography, gender identity and Critical Race Theory. It’s unlikely that these are issues on which the Court will rule in the foreseeable future, but it’s almost certain that they will be key components of the Republican message this fall. There are at least three potential GOP presidential aspirants on the panel, Tom Cotton of Arkansas, Ted Cruz of Texas, and Josh Hawley of Missouri – and while Hawley was the most aggressive of the three, all of them will be campaigning in key swing states this year and therefore playing visible and impactful roles in the midterm debate.

To be fair, this exploitation of the serious process of confirming a new member of the nation’s highest court is not a partisan phenomenon. Democrats were just as happy to transform Judge Amy Coney Barrett’s hearings two years ago on the eve of a presidential election into a platform to reinforce their candidates’ key talking points on health care and reproductive rights. In both cases, the Senators were less interested in using their opportunity to question the nominees to learn much about them at all than in turning their questions into thinly-disguised campaign slogans.

Republicans have plenty of other types of ammunition to level at their opponents throughout the fall. Inflation, immigration, crime and possibly Covid are all issues that will help them more with swing voters than the cultural touchstones on which they focused last week. But while presidential elections tend to prioritize the persuasion of undecided voters in the middle of the political spectrum, low turnout midterms are all about turning out the base with hot-button issues designed to inspire the most loyal of true believers.

Supreme Court confirmation hearings have become a convenient stage for such politicking because both sides have largely abandoned any interest in serious conversations with the nominees and decided instead to focus their time and attention on political positioning and grandstanding. Long gone are the days when a progressive firebrand like Ruth Bader Ginsburg could be confirmed by a 96-3 vote or a stalwart conservative like John Roberts could achieve a 78-22 supermajority. Barack Obama’s nominees Sonia Sotomayor and Elena Kagan received nine and five votes from Republican Senators, respectively, and Donald Trump’s three nominees Neil Gorsuch (three votes), Brett Kavanaugh (one vote) and Barrett (zero votes) won even less support from Democrats.

As noted earlier, the only suspense in Jackson’s confirmation is whether she will manage to attract the support of even a single Republican Senator. Regardless, the day is not far off when straight party-line votes for Supreme Court Justices become just as commonplace as they now are for congressional leadership posts.

If Supreme Court confirmation hearings no longer represent a substantive review of a nominee’s qualifications and instead become simply another performative opportunity for partisans on both sides, the quality of judicial nominees will inevitably deteriorate as well. How fitting that these hearings took place in the days just before this year’s Academy Awards, another twentieth century relic that seems to have outlived its own usefulness too.