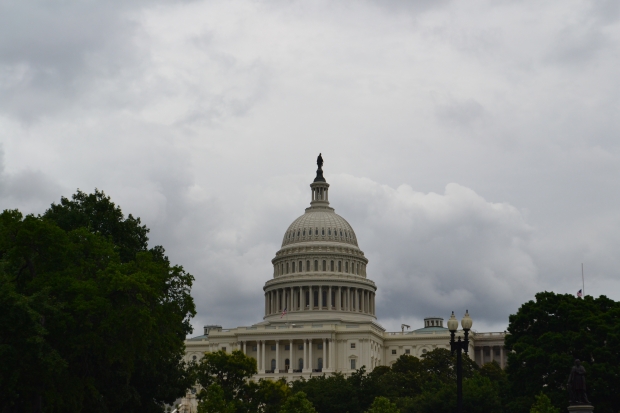 I’ll admit that I have little use for Marjorie Taylor Greene. Similarly, I’ve never thought that highly of Maxine Waters either. Both represent an ideologically extreme and unnecessarily combative approach to representative governance that I find counterproductive. As a result of their pugilistic personas, they’ve both attracted a cadre of devoted true believers. But Waters has accomplished much less than a congressional member with more than thirty years in office might have been expected. By the early 2050s, we’re likely to be saying the same thing about Greene.

There’s an argument that such ideological and temperamental outliers fill some sort of function in the House of Representatives, possibly by giving voice to those who would otherwise feel excluded from national politics. But over the course of a week in which the national conversation surrounding the trial of Minneapolis police officer Derek Chauvin was remarkably calm and mostly reasoned, Waters and Taylor Greene managed to distinguish themselves for the sheer insensitivity and crassness of their marginal roles in that conversation.

Waters went first, speaking at a rally the weekend before the verdict in which she called on protestors to “get more confrontational” if Chauvin were acquitted. In her remarks to protestors, Waters also said “If nothing does not happen, then we know that we got to not only stay in the street, but we have got to fight for justice."

(For context, her full remarks are available here:)

Waters defended her comments the next day, arguing that despite the use of words like “confrontational” and fight”, she was not advocating violence. But even the judge presiding over Chauvin's trial said that her remarks could be grounds for an appeal.

"I wish elected officials would stop talking about this case, especially in a manner that is disrespectful to the rule of law and to the judicial branch and our function," Judge Peter Cahill said, who referred to such public statements as “abhorrent.”

Not to be outdone, Greene sent out a tweet the day of the verdict, in which she called Black Lives Matter “the strongest terrorist threat in our county.” (Again for full context, her tweet is here.)

Unlike Waters, Greene made no attempt to back down from her slur, employing a common tactic in which the BLM protest movement is conflated with antifa, an umbrella term for leftist militants who have engaged in violent behavior.

Greene makes up for in the frequency of her outrages what she lacks in tenure. Her campaign last fall was laced with supportive references to the Q-Anon conspiracy group. Since then, she has questioned the legitimacy of the Parkland and Sandy Hook mass school shootings, suggested that the California wildfires were caused by a Jewish cabal’s space lasers, and retweeted calls for the assassination of prominent Democrats.

In an instance of the political pot calling the political kettle a pot, Greene has called for Waters’ expulsion from the House. The truth is that both representatives have forfeited their right to serve. If their colleagues were to decide that expulsion is too severe a punishment for their offensive public statements, then censure for both would be sufficient.

But neither Taylor Greene or Waters will be facing any penalty at all (with the possible exception of public embarrassment, to which both appear to be immune). Congress has become so polarized that not a single member of either party was willing to stand up and speak out against such puerile behavior.

That’s not exactly true. Every Republican member of the House voted to censure Waters. Every single Democrat opposed the measure. These party-line results were the mirror image of a similar vote earlier this year, when every Democrat voted to strip Taylor Greene of her committee assignments and only a handful of disgusted GOP House members joined them in expressing their disapproval to a series of earlier Taylor Greene outrages in what was otherwise a uniformly party-line vote.

Both parties were eager to call out the hypocrisy of their opponents, accusing them of trying to score cheap political points at the expense of one offender while excusing or minimizing a similar excess from within their own ranks. Both sides are correct, but their mutual accuracy should not detract from their mutual hypocrisy. If Congress can not set aside knee-jerk partisanship to condemn outrageous behavior within its ranks, then the possibility of forming bipartisan consensus on more substantive policy matters looks doubtful.