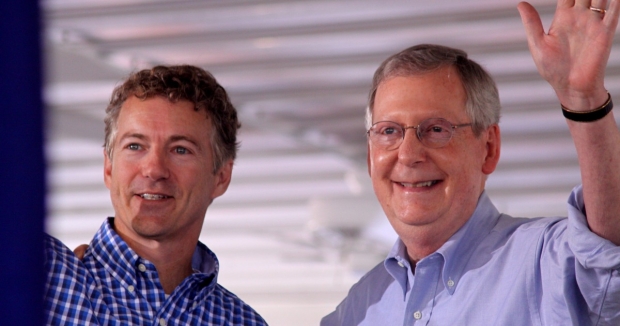 Joe Biden has succeeded in passing the largest expansion of domestic government spending and the most targeted expansion of aid to low-income Americans in more than fifty years. Bernie Sanders tweeted that the legislation was “the most progressive bill he’s seen pass since he’s been here” and that it was “the most significant piece of legislation to benefit working families in the modern history of this country.” Washington, DC is now knee-deep in historical allusions to the New Deal and Franklin Roosevelt.

In the midst of all this excitement from the left, it’s difficult to tell where Republicans stand on the most ambitious progressive governing agenda since Biden was an undergraduate at the University of Delaware. While every GOP member of Congress voted against the package, the party’s voters do not seem nearly as unhappy. A Politico/Morning Consult poll showed that 54 percent of Republicans thought the COVID-19 relief bill offered either the right amount or too little support, and most other public polling showed only self-described conservative Republicans in opposition. Fox News and other conservative media have devoted remarkably little time and attention to the legislation, focusing instead on the growing debate over the “cancel culture” that has resulted in the removal of some Dr. Seuss children’s books from circulation and the renaming of the toy formerly known as Mr. Potato Head.

The cancel culture discussion has been frequently mocked because it has centered on the two pop culture examples noted in the previous paragraph. But questions regarding when and whether individuals should be marginalized after saying things that others find offensive are serious ones. The dividing line between unpopular and unacceptable statements is a murky one, as are the benefits from engaging in uncomfortable conversation and withdrawing from it. They are deserving of more reflective consideration. But even given such a media-friendly distraction, the lack of full-throated fury against the relief bill from Trump-land is notable. (Even Trump himself recently issued a press release criticizing Republican Senate leader Mitch McConnell for blocking Trump’s proposed $2000 stimulus proposal last year.)

Republican ambivalence to the COVID-19 relief bill does not reflect any broader movement toward bipartisanship. Those same polls show Republican voters strongly disapprove of Biden and most of his agenda. The minimal interest in large-scale government spending from conservative activists may simply reflect the de-prioritization of deficit reduction that took place in the GOP over Trump’s four years in office. And it’s also likely that these working class populists might like – or need – stimulus checks and other government support to help them through the COVID-19 recession. But it also reflects a long-term shift of the Republican grassroots from their historic focus on economic conservatism to an emphasis on social and cultural resentment. Ronald Reagan’s three-legged stool of economic, security and social conservatism lost one appendage at the end of the Cold War. The second may now be in danger, which would leave Reagan’s party precariously balanced on the single leg of social and religious conservatism.

The rank-and-file GOP ambivalence to Biden’s version of the New Deal also underscores the growing divide between the party’s Washington leadership and their ground troops around the country that led to the rise of Trump five years ago. McConnell and Kevin McCarthy and their members have been warning against fiscal irresponsibility and wasteful spending. Meanwhile, the voters who abandoned the establishment wing of the party for Trump in 2016 are preparing for cultural warfare. The result has been remarkably disunified opposition to Biden, who has happily watched public support for the relief bill move up to 70 percent.

Thanks to the targeted resistance of Senator Joe Manchin and other centrist Democrats, Biden did not get a free ride on his covid legislation. But the unanimous Republican congressional vote against the bill received relatively little attention, primarily because of the lack of conservative media and activist engagement. With a civil war brewing in advance of next year’s midterm elections between pro-Trump loyalists and pre-Trump traditionalists, the paltry level of grassroots anger over Biden’s top legislative priority suggests that the former president may have the upper hand in that internal party brawl. Which plays nicely to the interests of his successor, who would like nothing more than for Republican fratricide to lead to more comfortable Democratic majorities.

Want to talk about this topic more? Join Dan for his weekly webinar “Politics In The Time of Coronavirus” on Tuesday mornings at 11 AM PST. You can register for it here. Or read more of Dan’s writing at: www.danschnurpolitics.com.