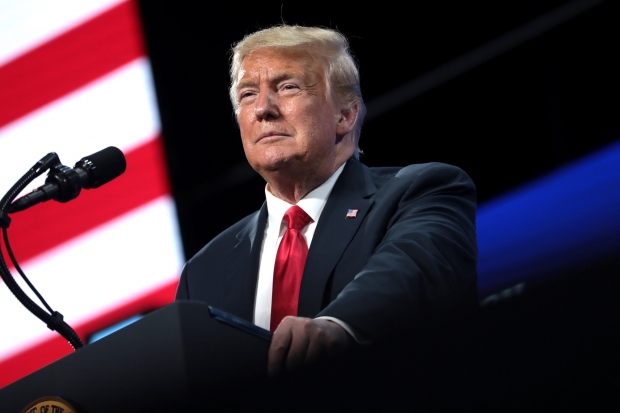 Donald Trump and Joe Biden lead two different political parties with two vastly different ideologies and two dramatically different sets of policy, cultural and societal goals. But the biggest contrast between their respective political conventions has not been about COVID-19, or taxes or immigration. Rather, the two men are following two completely opposite campaign blueprints will take them on two strategically contradictory paths to the election.

Much to the consternation of many progressive Democrats, Biden’s convention placed an overwhelming priority on reaching out to swing voters in the center of the ideological spectrum at the expense of his party’s base. Older white politicians, Republican renegades and working class heroes dominated the podium as younger and more liberal voices were shunted off to the less-viewed early evening portion of the program. Biden’s advisors clearly see road to the White House veering straight through the Upper Midwestern states that Trump stole from under Hillary Clinton four years ago.

The first nights of the Republican convention, on the other hand, devoted almost no time or interest at all to communicating with undecided voters. Their speakers were Trump’s congressional supporters, cultural warriors and family members, reinforcing a message designed to motivate the president’s most loyal supporters. Trump’s unwavering focus for the past five years has been on his conservative base; he and his team believe that a sufficiently energized core of true believers can turn out in sufficiently high numbers to win the election without attracting any new backers.

Successful political campaigns have always been predicated on the simultaneous achievement of two goals: inspiring existing supporters and persuading others outside that support base. For most of the 21st century, reaching undecided voters has become of gradually decreasing importance to campaigns of both parties as motivating loyalists has become a much greater priority. Trump did not invent the base motivation campaign; he merely intensified and accelerated a longtime trend to the point where he lost interest in the political center altogether.

Biden’s approach is more of a throwback, as he and his team worked to attract swing voters, especially the white working class voters who have shifted between the two parties for more than half a century. While his campaign has made recurring efforts to communicate with young people and other progressives, they seem to be counting on the Democratic base’s sheer hatred of Trump to propel them to the polls without too much engagement from the top of their own ticket.

The result was two weeklong exercises in political messaging that existed on two separate planes of reality. A supporter of either candidate who wandered into the other party’s convention would have been utterly flummoxed. The speeches, the testimonials and the attacks would have seemed completely out-of-touch and obviously deceptive to anyone other than a member of the targeted audience. Committed Trump foes have dismissed the tributes to the president’s compassion and vision out of hand over these last few days, but Trump’s backers would have been just as quick to roll their eyes at the charges of negligence and authoritarianism that were leveled the week before.

These two weeks will be a prelude for the rest of the campaign. With the exception of three debate nights when Trump and Biden are forced into geographic proximity, the two candidates and their campaigns will conduct themselves completely independent of each other. American voters will be presented with two alternate versions of reality – something like the political version of the Marvel and DC superhero universes – with different economies, different environmental and immigration crises to confront, and even two dramatically different levels of coronavirus-related threat.

At some point, it is in all our interests for these two worlds to at least acknowledge each other’s existence. Such recognition is a necessary precursor to negotiation, which is a necessary antecedent to cooperation, both of which must occur before there can be forward progress. It’s impossible to predict when those steps forward might begin. But over the course of this week and last, they seem very far away.

This piece was reviewed by AllSides News Editor Micaela Ricaforte. She has a Center bias.

Want to talk about this topic more? Join Dan for his weekly webinar "Politics In The Time of Coronavirus” on Thursday mornings at 11 AM PST. You can register for it here or read more of Dan’s writing at: www.danschnurpolitics.com.