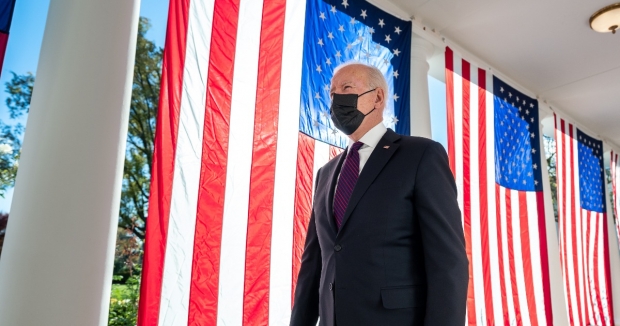 Photo via the White House

A newly elected president is dealing with a stubborn economy and a restless electorate. The problem is inflation: swiftly rising prices for basic necessities like food and gasoline undermine consumer purchasing power and can create an upward spiral of prices and wages that drive prices even higher. Given the basic laws of supply and demand, a politician’s short-term options are limited. Increasing the amount of a product that’s available for purchase is largely a private sector endeavor: government incentives take time to have much of an impact on business decisions and outputs. And the only meaningful way for the public sector to discourage consumer demand is to raise interest rates, which decreases the amount of money available for consumer spending and therefore diminishes the demand for products and services.

When Ronald Reagan took office in 1981, uncontrollable inflation had eaten away at the national psyche and prevented his two most recent predecessors from winning re-election. But Reagan had inherited noted anti-inflation hawk Paul Volcker as Fed Chair, and by steadily and ruthlessly raising interest rates over his first few years in the job, Volcker essentially wrung inflation right out of the economy. So diminished was consumer purchasing power that the economy cratered into deep recession. Reagan’s Republican Party suffered sizable losses in the 1982 midterm elections, but by 1984, the economy was booming, inflation and recession were distant memories, and Reagan cruised to a landslide re-election.

Forty years later, Joe Biden faces a similar challenge. The basic underpinnings of the economy are healthy, much stronger than the double digit unemployment that Reagan inherited. But inflation has returned for the first time since the early 80’s, and most voters have long forgotten -- or never knew -- the pain and uncertainty of unyielding price increases.  Along with the accompanying economic anchor of Covid, no other issue has hurt Biden as seriously. And as the 2022 midterm election year begins in just a couple of weeks, the president and his team are very aware of both the political toll that inflation can take on incumbent politicians and the shrinking amount of time they have to address this threat before the tiny Democratic congressional majorities must face voters.

Like Reagan, Biden had been left a Fed chair by the previous president. But unlike Volcker, Jerome Powell’s first important task was not to rein in inflation but rather to steer the U.S. economy through a pandemic-driven recession. Powell arguably rescued the economy through the most expansive monetary policy in modern history. But those massive infusions of cash also laid the groundwork for the inflation that steadily grew through Biden’s first year in office. Both Powell and Biden first underestimated the inflationary threat, dismissing it as a temporary annoyance that would quickly pass as the economy moved further away from coronavirus shutdowns. But by this fall, both had realized that it was a much more imposing and persistent challenge.

So like Reagan back in the 80’s, Biden re-appointed the Fed chair who had been left to him. And shortly after Biden announced that he was giving Powell another term, the Fed began talking about much more aggressive measures to fight inflation. In their first meeting after Powell’s reappointment, the Federal Reserve Board decided to raise interest rates not just once but three times in the year ahead.

Again, the impact of increased interest rates is to beat back inflation. But it is also more likely than not to cause economic hardship as consumers lose access to easier credit and have less cash available for spending. Economically, that means tolerating short-term pain in exchange for long-term gain. Politically, it means the same thing. Which is a much bigger problem for a Democratic member of Congress seeking re-election in just over ten months than a Democratic president whose next campaign is two years further off in the future.

In the 1980’s, an inflation-fighting recession cost dozens of Republicans their seats in Congress. But the ensuing economic boom easily re-elected Reagan two yeas later. While the political landscape is much different today than forty years ago, it’s not hard to see how Biden could be heading down a similar path.