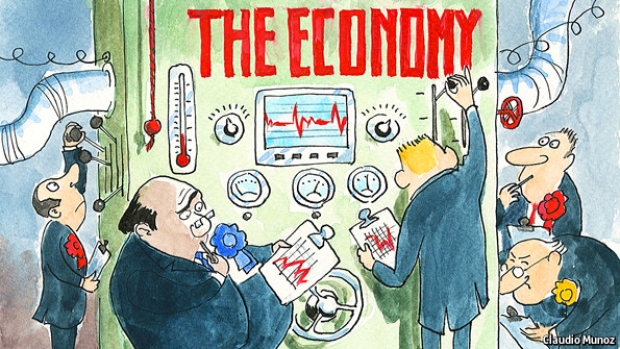 Almost exactly a century ago, President Calvin Coolidge said: “The chief business of the American people is business. They are profoundly concerned with producing, buying, selling, investing and prospering in the world.”

Since then, for most of modern political history, from Dwight Eisenhower to Richard Nixon to Ronald Reagan to all sorts of Bushes, Republicans were the pro-business party in American politics. Every once in awhile, under John Kennedy and Bill Clinton and Barack Obama, the Democrats tried to take that designation for themselves. But these days, neither party seems to want to be associated with the nation’s business leaders. What’s a poor (or not-so-poor) jobs-creator to do?

As the Democratic Party retreats further from its Clinton-era efforts at centrism, their leaders have reasserted themselves as intent on raising taxes on Corporate America. President Joe Biden is the most outspoken pro-labor occupant of the Oval Office in half a century, and his party’s base has become even more assertive in their support of a more aggressive approach to raising revenue from what they consider to be undue wealth. A pronounced shift toward regulation and protectionism add to the increasingly confrontational dynamic between Democrats and business.

But many Republicans are working just as hard to demonize their historic allies in the business community. The Trumpian populism that has taken control of the GOP in recent years has driven large numbers of grassroots conservatives into a similarly belligerent stance toward business leaders, and Republican leaders are not only taking note but actively working to fan the flames of those resentments.

The most visible effort to push back at business has been led by Florida Governor Ron DeSantis, whose recent battles with the Walt Disney Company have attracted national attention. Disney is Florida’s largest employer, and ever since the founding of Disney World back in 1971, the Mouse House and Florida’s government have fostered an extremely close working relationship which has benefited both immensely.

But no more. After DeSantis signed legislation this spring that forbids instruction on sexual orientation and gender identity in kindergarten through third grade, Disney CEO Bob Chapek strongly criticized the bill (after his earlier neutrality caused an uproar among Disney employees). Florida Republicans then passed another law that removed Disney’s long-time favorable tax and regulatory treatment. DeSantis explicitly linked the change in Disney’s tax status with the company’s opposition to the original bill, and conservative commentator Ben Shapiro weighed in with an even stronger warning.

“I think more freedoms for businesses are good,” Shapiro said on his popular podcast last month. “However, if you decide to become just a woke corporation that does the bidding of your Democratic taskmasters, don’t be surprised if you get clocked by a legislative two-by-four.”

The DeSantis-Disney fight is not unique. Texas Governor Greg Abbott all but shut down traffic at his state’s border with Mexico by imposing a heightened level of vehicle inspections in an effort to stop international smuggling, but backed down in the face of pressure from his state’s business community after the gridlock resulted in food shortages and economic losses. And the recent leak of a draft Supreme Court ruling on abortion rights has left several companies caught between supporting their employees and adhering to red-state political sentiment.

More broadly, under Donald Trump’s leadership, Republicans have moved away from their party’s positions on immigration, trade and other business-friendly issues. Senator Josh Hawley of Missouri has been most outspoken in his attacks on Silicon Valley, but he is only one of several potential 2024 presidential candidates who have seized on grassroots hostility toward the technology sector as a potential engine for their campaigns.

This leaves the business community with a less-than-ideal set of alternatives. The Republican Party is still their ally on most tax and regulatory matters, but becoming increasingly confrontational on social and cultural issues. The Democrats are ratcheting up their attacks on bottom-line economic policy but offering a more welcoming alternative on many of the issues that motivate younger employees.

There was once a time when business would simply stay out of the cultural wars. But on this with-us-or-against-us landscape, true believers on both sides are no longer willing to accept such a passive approach. So the decisions for the nation’s CEO’s become even more difficult.

Given the amount of political and financial clout that the business sector carries in most communities, you would think that one party or the other would be working harder to win their allegiance. But in the scorched-earth politics of 2022, you would be wrong. 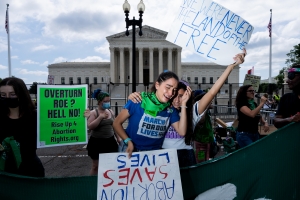